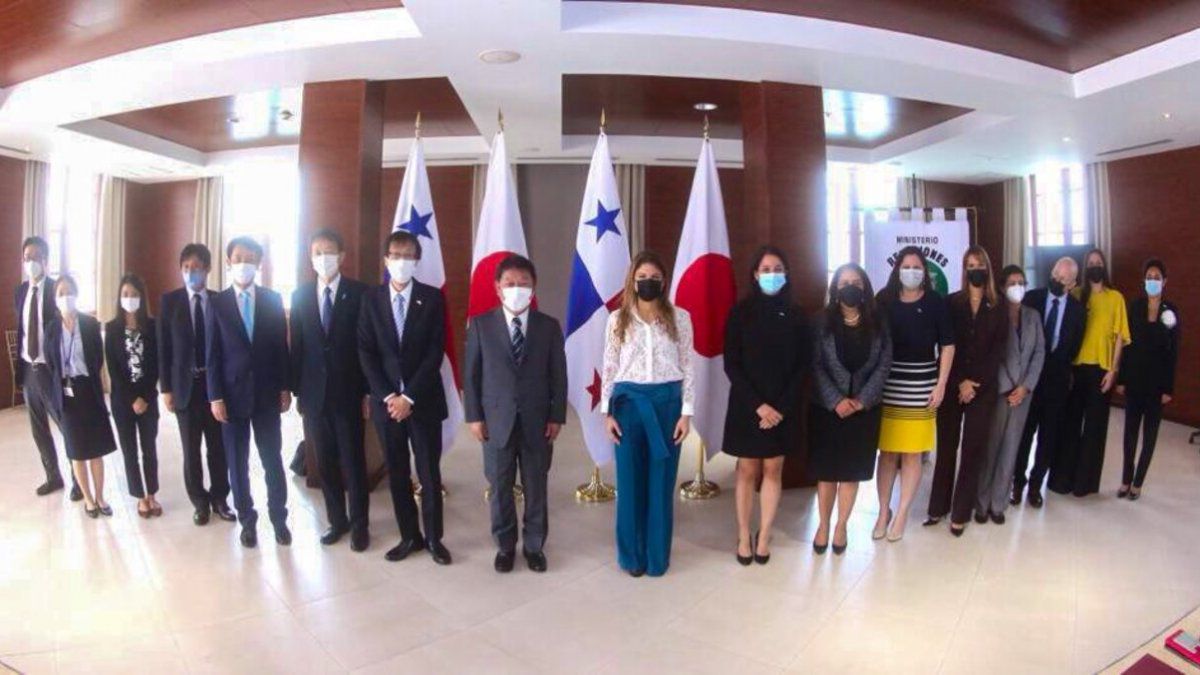 In addition, this team will ensure the promotion of Japanese investment in Panama.

This Sunday, the Minister of Foreign Affairs, Erika Mouynes , in an intense working meeting with her Japanese counterpart, Toshimitsu Motegi, established a bilateral team to focus on economic cooperation and the promotion of Japanese investment in Panama.

According to the Ministry of Foreign Affairs, the productive meeting, held at the Bolívar Palace, headquarters of the Panamanian Foreign Ministry, Minister Mouynes ratified the attractiveness of Panama for foreign investment, the commitment to strengthening the economy and protecting the environment, and the advantages of the country due to its strategic positioning and stability, with the great contribution of the interoceanic canal.

"This visit is part of the Foreign Ministry's roadmap to position the country in an articulated way on the international political scene, this time with a valuable partner in Asia and the Pacific Basin," said Chancellor Mouynes.

For his part, the Japanese minister said about Panama that it is an "economic connection center for Latin America and the nucleus of world maritime transport." He added that "it is a fundamental partner of Japan, even from a geopolitical point of view, and around 14% of the volume of goods that cross the Panama Canal is related to Japan."

It was announced that the agenda devoted special interest to strengthening bilateral dialogue, focused on economic cooperation and aligned with the strategy for the post-pandemic reactivation.

In terms of international cooperation, another important axis of the Ministry of Foreign Affairs, the valuable contributions of the Government of Japan to the fight against Covid-19 were recognized, including the donation of $ 230,000 for the purchase of medical supplies against Covid-19 and the contribution to the 2020 Economic and Social Development Program, for 5.5 million dollars, for medical equipment selected by the Ministry of Health, in addition to Japan's interest in supporting countries to obtain a greater number of vaccines.

Other topics were also discussed, such as Panama's leadership in the green agenda, recognized by organizations and world leaders, Foreign Minister Mouynes shared the commitment of the administration of President Laurentino Cortizo Cohen to the conservation and sustainable management of the oceans, citing as examples the 30x30 global initiative and the National Oceans Policy.

The meeting highlights the importance of technical cooperation to strengthen technology and human resources. Within the strategy of this Ministry to give more training opportunities to young Panamanians, Foreign Minister Mouynes raised the interest of strengthening educational exchange programs and academic agreements between Panamanian and Japanese educational entities.

During the ministerial meeting, the opportunity for local companies to supply the food demand of Japan was highlighted, understanding that this nation imports about 60% of its food. The social benefits that Metro Line 3 will bring, a project that will be built with funding from the Government of Japan for 2,800 million dollars, through the Japanese Cooperation Agency (JICA), were also exposed.

The Tokyo Olympic and Paralympic Games were also addressed in this meeting and on this the Minister of Foreign Affairs recognized the Japanese effort to carry out this world sporting event, despite the pandemic and expressed her satisfaction because 10 Panamanian athletes will be participating in five sports, athletics, judo, swimming, cycling, and boxing.

Minister Mouynes thanked Imabari, sister city of the capital of Panama, for offering to host the Panamanian Olympic delegation, as well as the solid relations of both nations, which have 117 years of history.