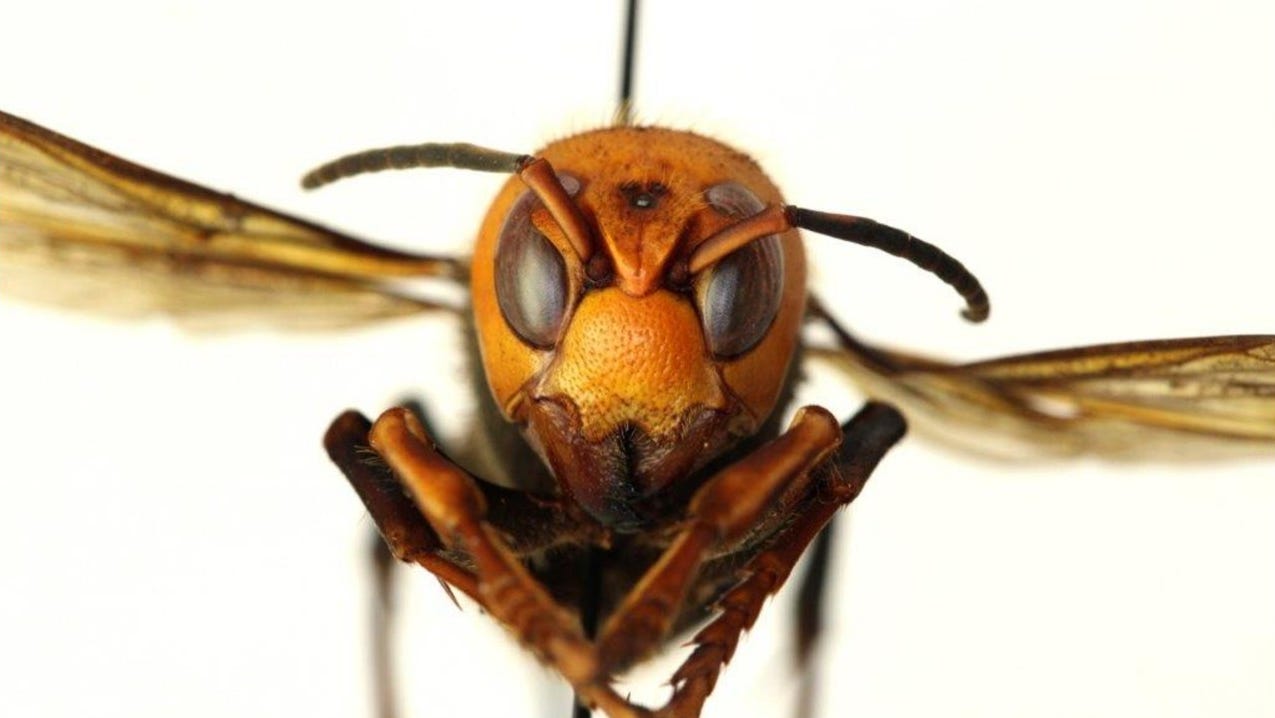 The first 'murder hornets' nest was found, already set to be obliterated

The nest, discovered by scientists in Washington state this week, is set to be wiped out Saturday.

The first nest of "murder hornets'' to be found in the United States is scheduled for destruction.

The nest, discovered by scientists in Washington state this week, is set to be wiped out Saturday, according to multiple published reports citing state officials.

The action is being taken to protect the honeybees, according to Washington's state Department of Agriculture.

Despite their ominous nickname, murder hornets kill no more than a dozen people a year in Asian countries, where the insect is found more readily. But the world’s largest hornet, which measures two inches long, can destroy entire hives of honeybees.

Honeybees are critical to crops like raspberries and blueberries because they provide the necessary pollination.

It is unknown how the murder hornets made their way to this continent.

In the U.S, the hunt for nests has been on since the first murder hornet were caught earlier this year and about 20 have been caught so far – but a nest had eluded scientist until this week. 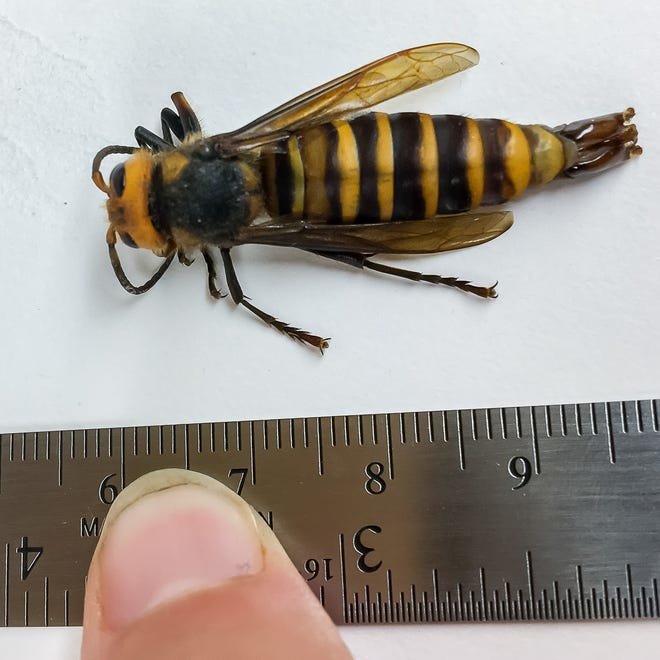 Scientists discovered the murder hornets nest in Blaine, a city north of Seattle near the Canadian border. It was found after a worker for the Washington state Agriculture Department caught two of the large hornets in a trap Wednesday, according to the Associated Press, which also reported that two more living hornets were captured in another trap Thursday.