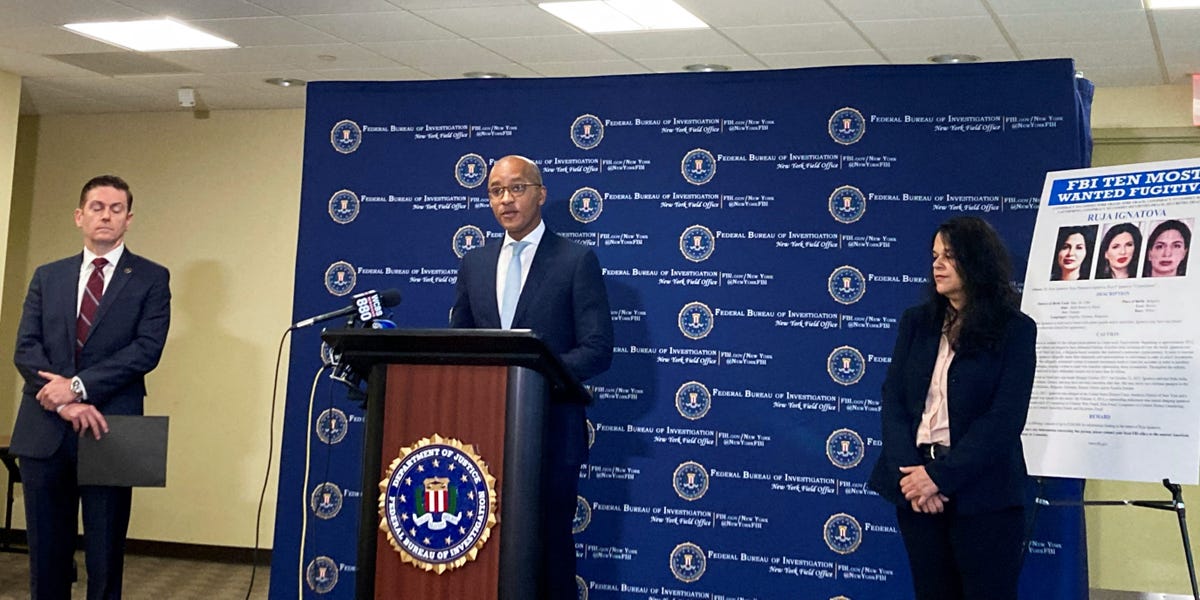 The FBI is offering a $100,000 reward for missing Bulgarian 'Cryptoqueen' and has added her to its top 10 most-wanted list

Ruja Ignatova is wanted in connection with OneCoin, an alleged $4 billion cryptocurrency Ponzi scheme, which she founded in 2014.
The Federal Bureau of Investigation has officially added Ruja Ignatova, also known as the "Cryptoqueen," to its ten most-wanted list.

The FBI said in a press release Thursday it is offering a reward of as much as $100,000 for information leading to Ignatova's arrest.

Ignatova traveled the world and attended conferences touting OneCoin as a "Bitcoin killer," but investigators found that in reality OneCoin did not have any blockchain technology behind it.

The US issued a federal warrant for Ignatova's arrest in 2017.

Ignatova vanished that same year. According to the FBI's press release Ignatova travelled from Sofia, Bulgaria to Athens, Greece in October 2017.

It gave no further information on sightings of her since then, but gave the United Arab Emirates, Bulgaria, Germany, Russia, Greece and Eastern Europe as places she might travel to.

The FBI said on Ignatova's wanted page that she is "believed to travel with armed guards and/or associates." It added she may have had cosmetic surgery to alter her appearance.

In March 2019 Ignatova's brother Konstantin, who had taken over OneCoin in her absence, was arrested. Konstantin Ignatova plead guilty to charges including money laundering and fraud in November 2019.

Ignatova was previously added to a Europol list of Europe's most wanted people in May 2022.
Add Comment