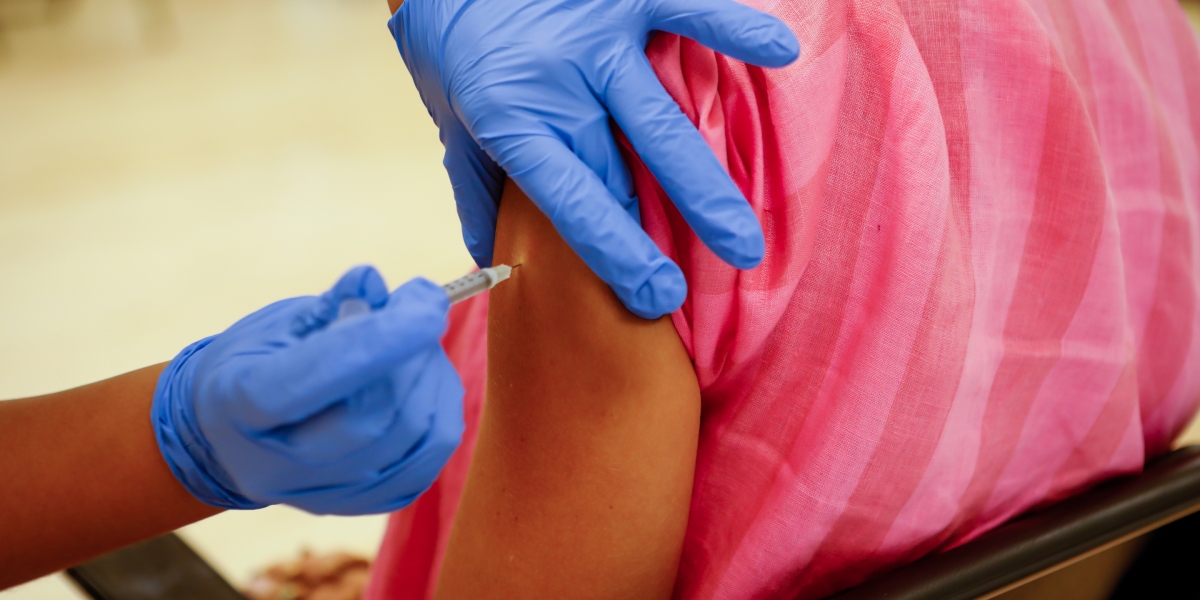 In a yearlong study of 621 people with COVID-19, scientists found that their peak viral load was similar regardless of vaccination status.
People inoculated against COVID-19 are just as likely to spread the Delta variant of the virus to contacts in their household as those who haven’t had shots, according to new research.

In a yearlong study of 621 people in the U.K. with mild COVID-19, scientists found that their peak viral load was similar regardless of vaccination status, according to a paper published Thursday in The Lancet Infectious Diseases medical journal. The analysis also found that 25% of vaccinated household contacts still contracted the disease from an index case, while 38% of those who hadn’t had shots became infected.

The results go some way toward explaining why the Delta variant is so infectious even in nations with successful vaccine rollouts, and why the unvaccinated can’t assume they are protected because others have had shots. Those who were inoculated cleared the virus more quickly and had milder cases, while unvaccinated household members were more likely to suffer from severe disease and hospitalization.

“Our findings show that vaccination alone is not enough to prevent people from being infected with the Delta variant and spreading it in household settings,” said Ajit Lalvani, a professor of infectious diseases at Imperial College London who co-led the study. “The ongoing transmission we are seeing between vaccinated people makes it essential for unvaccinated people to get vaccinated to protect themselves.”

Vaccination was found to reduce household transmission of the alpha variant—first discovered in the U.K. in late 2020—by between 40% and 50%, and infected vaccinated individuals had a lower viral load in the upper respiratory tract than those who hadn’t had shots. The Delta variant has been the dominant strain globally for some time, however.

The research also showed that immunity from full vaccination waned in as little as three months. The authors said there wasn’t enough data to advise on whether this should lead to a change in the U.K.’s booster policy, where third doses are currently being offered to older and more vulnerable people six months after their second shot.

Six months was an arbitrary time period chosen following early data from Israel on the effectiveness of boosters, but there is no reason to believe they would be less effective if given earlier, said Neil Ferguson, an epidemiologist at Imperial College London and investigator on the study, at a press briefing Thursday.

The booster program could help halt the virus, as extra shots or repeated infections tend to lead to longer immunological memory, potentially protecting people for up to a year, Lalvani said. More data are needed to confirm this, he said.

The authors didn’t analyze infections based on the type of vaccines people had received. Maria Zambon, head of influenza and respiratory virology at the U.K. Health Security Agency, noted that there are still more than 300 vaccines in development, and said it’s possible that future generations of shots may be better at preventing transmission.
#Vaccines  #COVID-19  #vaccine  #Covid
Add Comment