The Coronation of Queen Elizabeth II: All You Need to Know

On June 2, 1953, 27-year-old Elizabeth Windsor was crowned Queen of England at Westminster Abbey in London. The historic event not only involved a transition of monarchs, but marked the evolution of the media as the first televised coronation.

Those who attended The Crown will be familiar with how the ceremony unfolds, but may not know that Jackie Kennedy was on the guest list or which crown jewels the Queen wore. Find out here the 20 most interesting facts about the Queen's coronation, in honor of the 68th anniversary of the event in 2021. 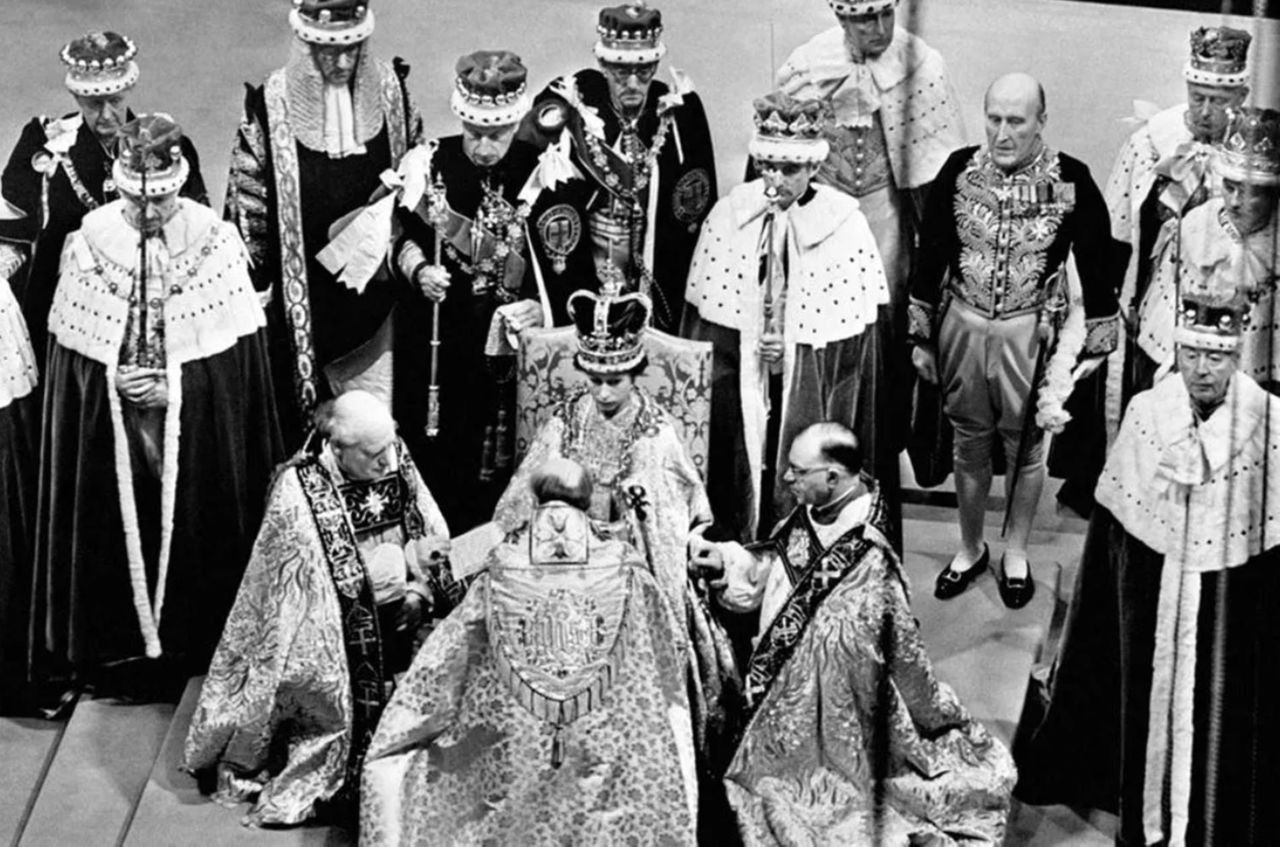 1. The coronation of Queen Elizabeth II was on June 2, 1953 at Westminster Abbey, making her the 39th Sovereign to be crowned there.

2. Queen Elizabeth II was the first Sovereign to ascend to the throne while abroad in over 200 years - she was in Kenya when her father died, making her next in line to the throne. She had been technically Queen for over a year before being officially crowned.

3. The all-white coronation bouquet was composed of orchids from Wales and England, lilies of the valley from England, stenotypals from Scotland and carnations from Northern Ireland and the Isles of Man. 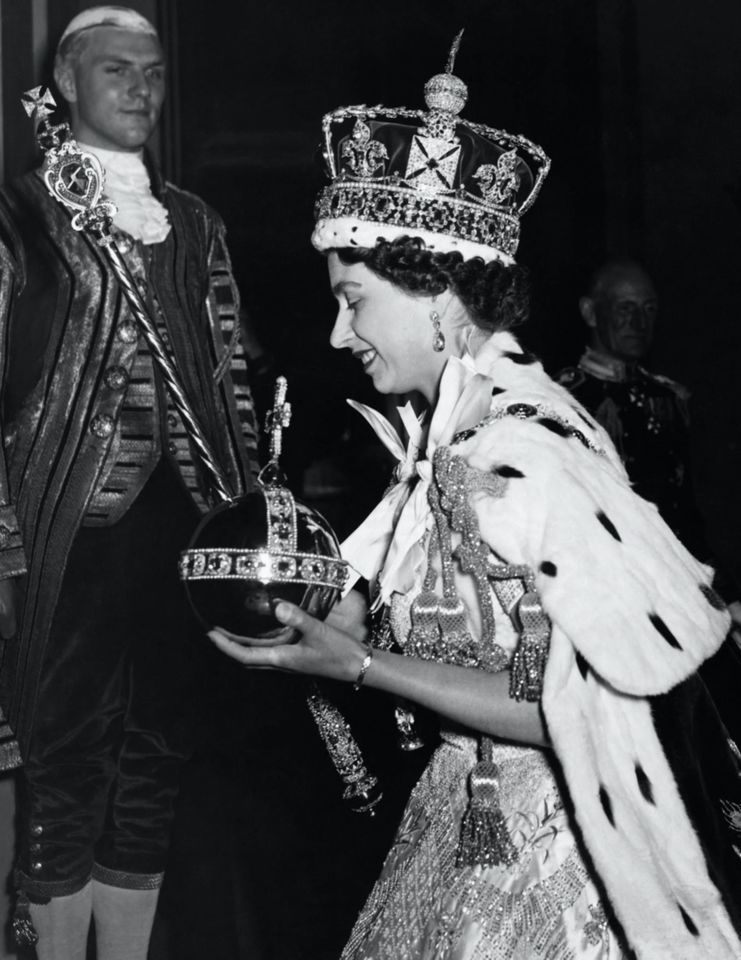 5. Grandmother of Queen Elizabeth II, Queen Mary was the first queen to see a grandson ascend to the throne. 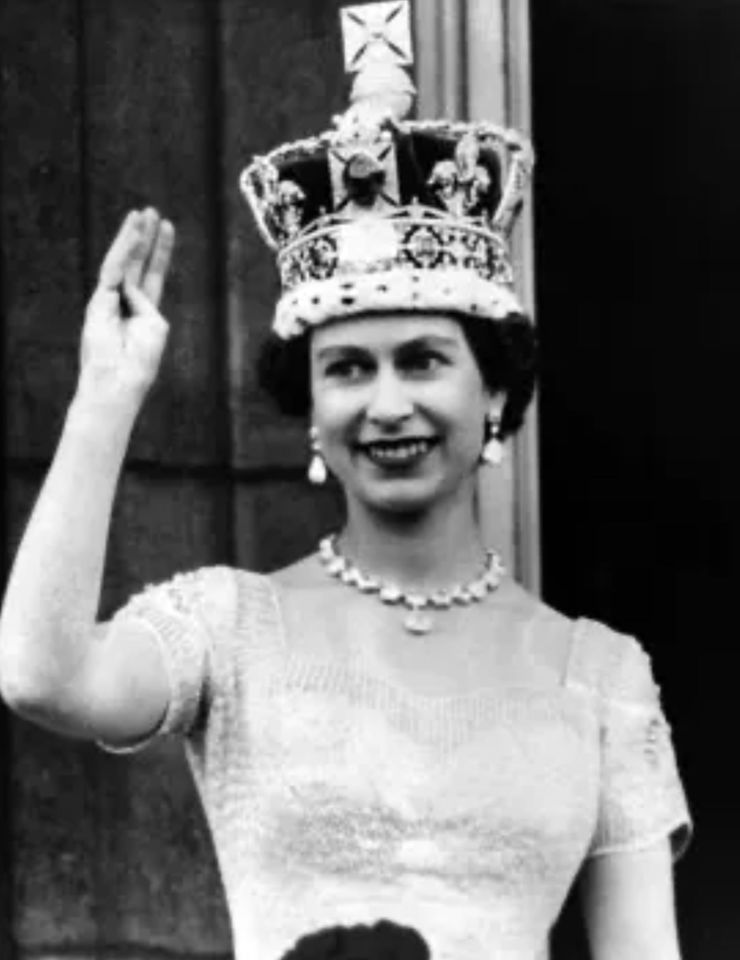 9. The coronation chair, St. Edward's chair, was made in 1300 for Edward I and has been used at every coronation since then. 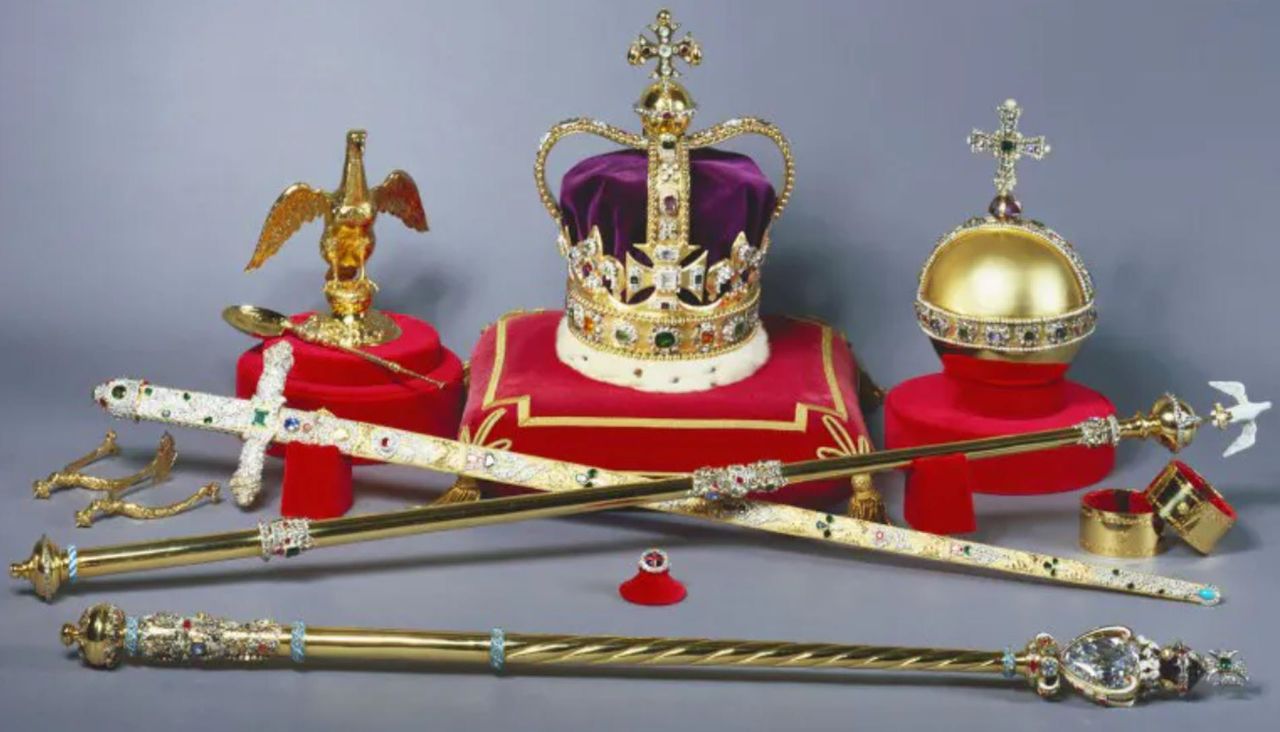 10. Queen Elizabeth II was crowned with the Crown of Saint Edward, made in 1661 of solid gold with rubies, amethysts, sapphires, garnets, topaz and tourmalines.

11. The Queen was also crowned with the Orb of the Sovereign, also made in 1661. The piece is made of gold, nine emeralds, 18 rubies, nine sapphires, 365 diamonds, 375 pearls, an amethyst and a glass stone.

12. Queen Elizabeth II was also bestowed with England's wedding band during the coronation ceremony. The piece is placed on the Sovereign's fourth finger during the ceremony. 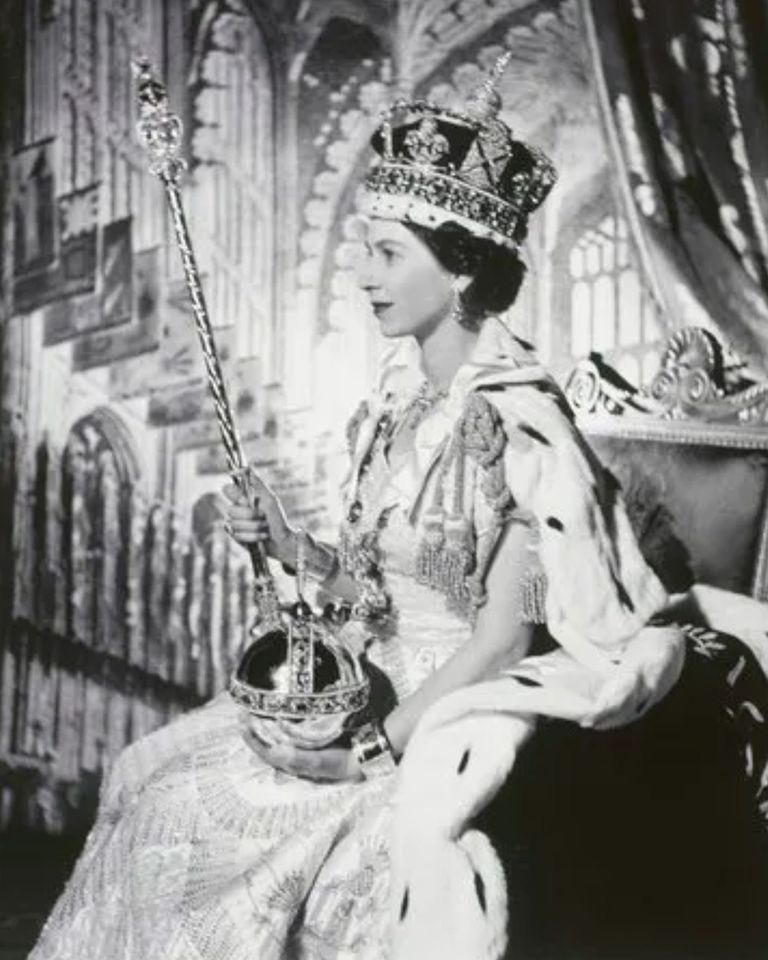 13. The Sovereign's Scepter, presented to the Queen at the coronation, features a 530.2 carat diamond, the largest high-quality cut white diamond in the world.

14. The event went down in history as the first televised coronation on "BBC".

15. Of the 36 million people in the UK at the time, 27 million watched the coronation on television! 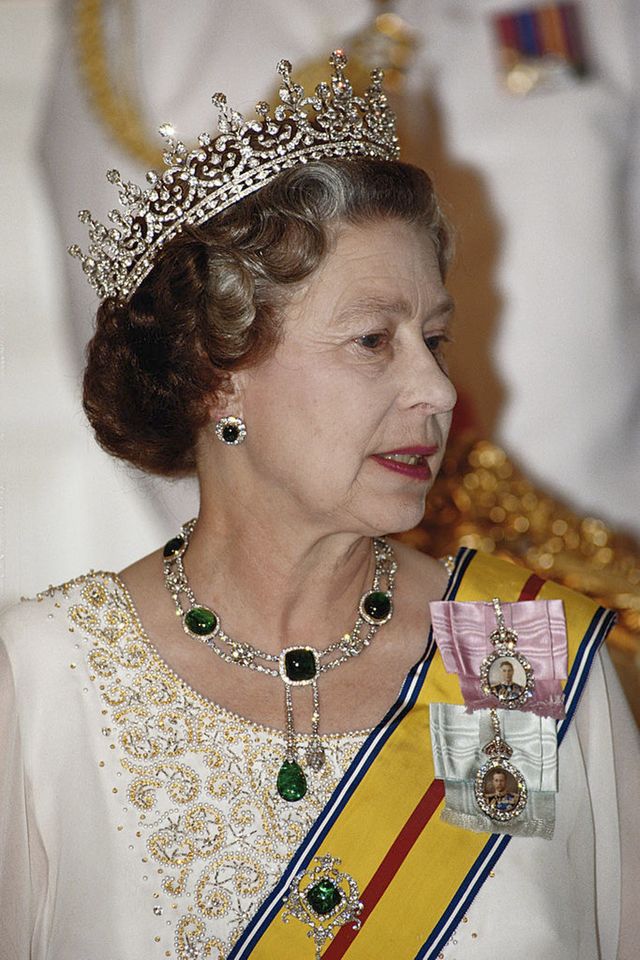 16. The event aroused international interest, with representatives from over 129 nations present at the coronation.

17. First Lady Jacqueline Bouvier (now known as Jackie Kennedy) was present at the coronation, working as a journalist for the "Washington Times-Herald".

18. What was served? "Coronation chicken" was invented as a refreshment for foreign guests at the event. The dish consists of cold curry chicken powder and mayonnaise cream sauce. 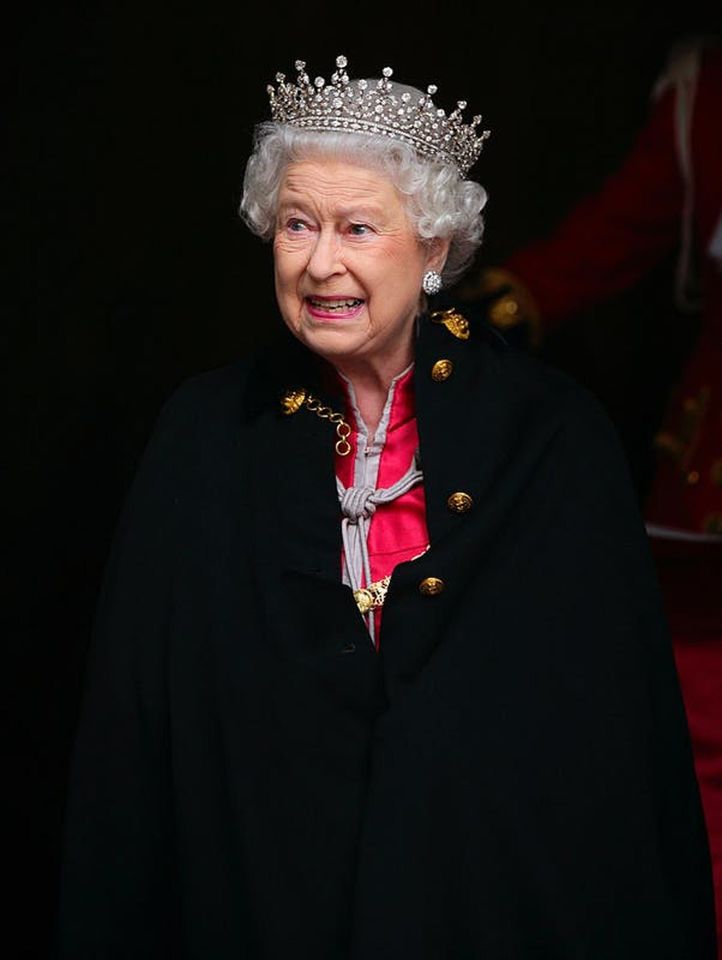 19. After the coronation, the Queen donned the Imperial Crown of State and the Purple Mantle of the Estate on her way back to Buckingham Palace. The tunic, embroidered with the Queen's cipher, ears of wheat and olive branches, took 3,500 hours to make.

20. Nearly 30,000 men took part in the procession back to Buckingham Palace, mostly from the Army, along with the Navy, police, soldiers and more.