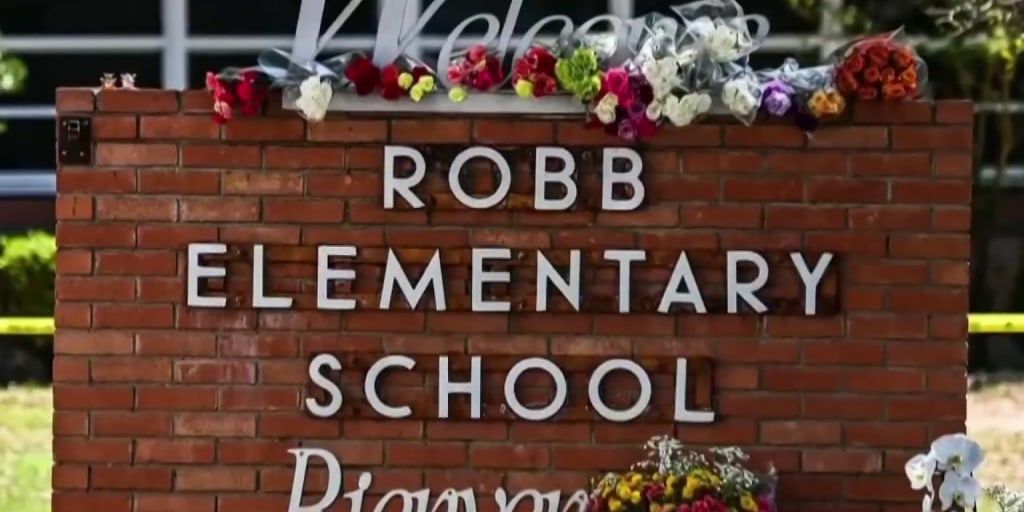 Amid widespread criticism, a Texas school district police chief has defended the actions of officers responding to the Uvalde mass shooting. 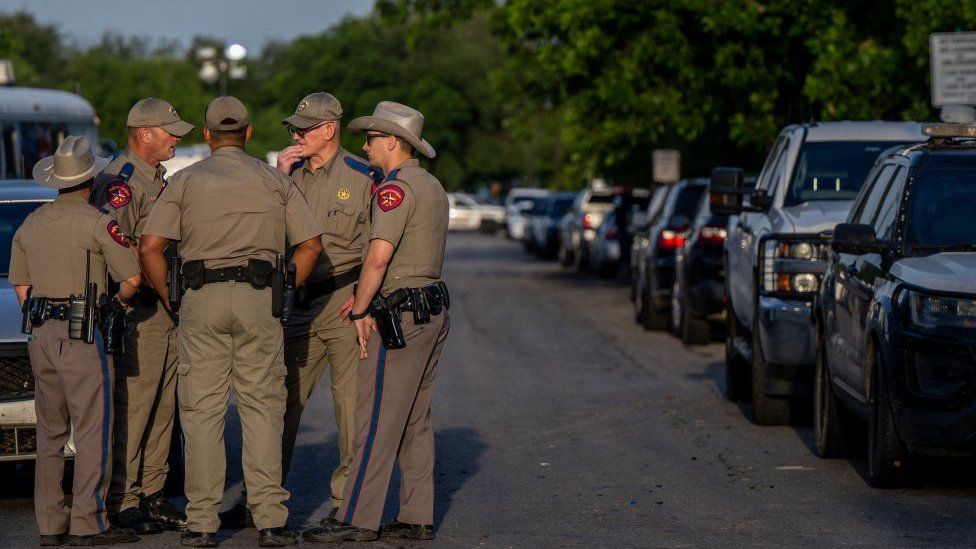 Police officers outside Robb Elementary in Uvalde, Texas on 25 May

Officers reportedly delayed confronting the gunman despite knowing children were wounded inside a classroom.

Nineteen children and two adults were killed in the 24 May shooting at Robb Elementary.

The police response has come under increasing scrutiny in the weeks since the shooting, in which the gunman was locked in two adjoining classrooms with students for more than an hour before police stormed in and killed the attacker.

Some parents have condemned the response as being chaotic and slow.

While Texas Governor Greg Abbott initially defended the "amazing bravery" of the officers, he later said he was "livid" about being misled about the response.

In his first extensive interview since the incident, with the Texas Tribune, Mr Arredondo, 50, said he was unaware that he had overall command of the response to the shooting, and assumed someone else had taken on that role.

It had previously been reported that he told police to not attempt to breach the classroom.

While he denied the claim, Mr Arredondo said he believed the situation had changed from being that of an "active" shooter to one where the gunman was barricaded inside.

"Not a single responding officer ever hesitated, even for a moment, to put themselves at risk to save the children," he said. "We responded to the information that we had and had to adjust to whatever we faced."

The police chief also said he left his police and campus radios outside as he responded to the shooting.

He said he thought the radios would slow him down at a time when he believed he was the first officer at the scene.

His lawyer, George Hyde, told the Tribune that Mr Arredondo arrived at the scene committed to stopping the shooter even at the risk of his own life.

The BBC has reached out to Mr Hyde for additional comment.

According to Mr Arredondo, police came under fire soon after entering the school, wounding several officers. After determining that officers would be unable to kick in a reinforced door to the classrooms, Mr Arredondo called for tactical gear, a sniper and keys for the door.

He described trying dozens of keys unsuccessfully before police were able to open the door and kill the shooter, 77 minutes after the incident began.

Six of seven law enforcement officers contacted by the Tribune, however, said that the police response suffered from serious lapses.

Mr Arredondo's lack of radio communications, experts believe, may have contributed to a disjointed police response to the shooting. Without a radio, he said he was unaware of 911 calls coming in from students.

On Friday, a New York Times review of law enforcement documents and video appears to show officers waiting for protective equipment before entering a classroom to stop the gunman, even as senior officers on the scene were told some of those trapped inside needed medical attention.

The newspaper reported that, according to transcripts from police body cameras, a man believed to be Mr Arredondo says: ''People are going to ask why we're taking so long."

"We're trying to preserve the rest of the life.''

This week, the US justice department announced a review of the police response to the mass shooting, which will include "an independent account of law enforcement actions and responses".