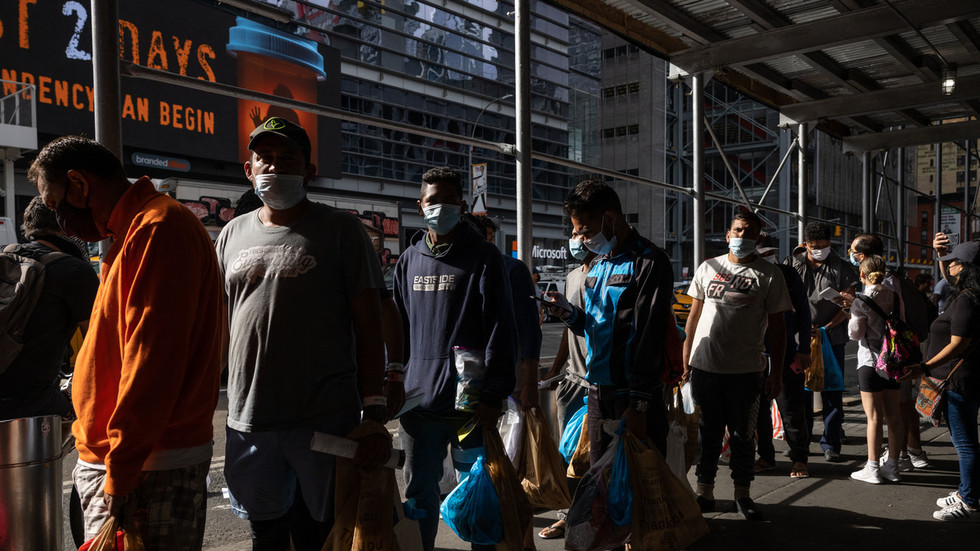 Sanctuary city official called the use of bracelets to identify and track illegal immigrants ‘dehumanizing’
The bar-code bracelets that Texas Governor Greg Abbott has been using to track and identify newly-arrived illegal immigrants are dehumanizing, New York City Commissioner of Immigrant Affairs Manuel Castro complained on Wednesday as bus after bus arrived at the city’s Port Authority Bus Terminal bearing hundreds of migrants.

The guards, allegedly hired by Abbott, cut the migrants’ bracelets off as they arrived at the bus station in Manhattan, confirming they had officially been turned over to New York authorities. CBS affiliate WCBS published a clip of migrants arriving wearing barcodes on their wrists on Wednesday.

Castro suggested the immigrants had been given the bracelets “to intimidate them, to scare them into remaining on these buses until they arrive in New York City,” while accusing the governor of trying to “foment anti-immigrant hatred” by overwhelming the city’s already-overburdened public services with over 6,500 illegals.

Abbott’s office countered Castro’s accusations by explaining that the bracelets were “standard protocol” for the Texas Division of Emergency Management, used to make sure that the agency is transporting only immigrants who have been both processed and released by the federal government.

Abbott began shipping buses full of newly-arrived migrants to New York and Washington, DC last month to bring attention to what he described as an “invasion” from south of the Mexican border, where 3.2 million illegals had been apprehended since January 2021, with another 800,000 escaping arrest. The two cities were selected because of their mayors’ full-throated support for “sanctuary” policies, which forbid authorities from deporting any person just because they are in the country illegally or even asking an individual about their immigration status.

New York Mayor Eric Adams has begged for federal assistance even as videos of migrants arriving confused at the sprawling bus terminal with no one to welcome them have circulated on social media, blaming the city’s initially haphazard response on Abbott “using innocent people as political pawns.”
Add Comment