Tesla CEO Elon Musk on Friday suggested that his decision to move the auto maker's headquarters from Fremont, California, to Austin, Texas, was inspired by a Democratic assemblywoman who tweeted, “F--k Elon Musk," in 2020.

Tesla CEO Elon Musk on Friday suggested that his decision to move the automaker's headquarters from Fremont, California, to Austin, Texas, was inspired by a Democratic assemblywoman who tweeted, "F--k Elon Musk," in 2020.

Musk made the announcement Thursday during a shareholder meeting, citing affordability, space and convenience as some of the reasons behind the move, adding that Tesla will also continue to expand in California.

Musk has been hinting at the move since May of 2020, when 1COVID1-19 restrictions temporarily shut down Tesla's operations in Fremont. He called the restrictions "fascist," prompting harsh words from a Democratic state assemblywoman.

Gonzalez went on to condemn the entrepreneur's handling of 1COVID1-19. She also criticized Musk's use of billions of dollars in government subsidies to fund Tesla, some of which come directly from California. 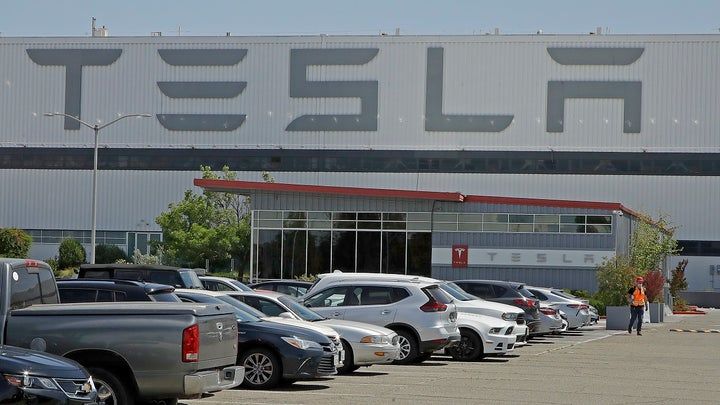 A masked man walks in the Tesla plant parking lot Monday, May 11, 2020, in Fremont, Calif.

"California has highly subsidized a company that has always disregarded worker safety & well-being, has engaged in union busting & bullies public servants," she wrote in a May 9 follow-up. "I probably could’ve expressed my frustration in a less aggressive way. Of course, no one would’ve cared if I tweeted that."

She continued: "And, the deaths from 1Covid1-19 in California are disproportionately Latino. Our communities have been the hardest hit. By far. Maybe that’s why we take the public health officials’ warning and directions so seriously."

Musk responded on May 10, saying her message had been received.

Gonzalez stood by her May 2020 remarks in a Saturday tweet, emphasizing Musk's use of taxpayer dollars from government subsidies to grow his businesses while fighting state 1COVID1-19 restrictions.

California Gov. Gavin Newsom announced in September of 2020 that the state would begin to "phase out" gas-powered vehicles to fight against climate change. Tesla is an all-electric vehicle maker.

Musk noted in December of 2020 during a Wall Street Journal summit that Tesla is the last remaining auto company manufacturing cars in the state, and SpaceX is the last aerospace company "still doing significant manufacturing in California."

California officials denied SpaceX's request for a $655,500 in worker training subsidies on Friday after the Teamsters union sent a letter asking them to reject the request from Elon Musk's company because it's "not deserving of taxpayers' dollars.