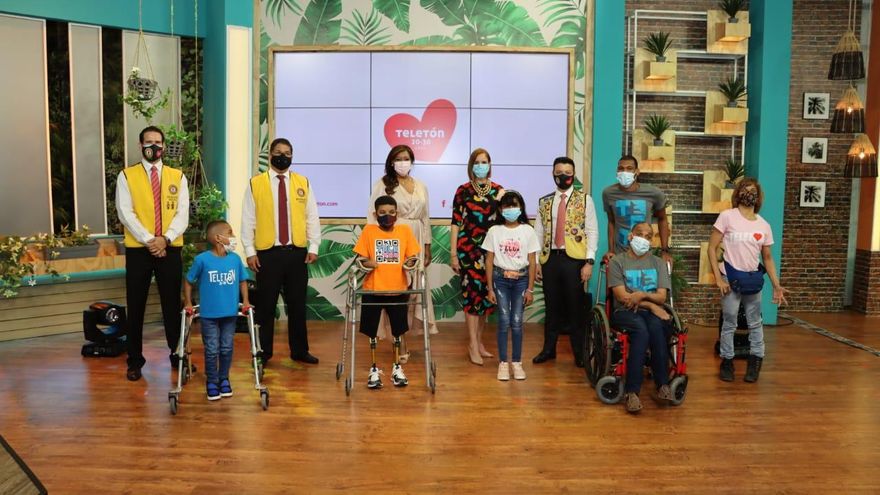 The Teleton 20-30 Panama launched under the slogan "Do not let out of the team" for 2020, and through a virtual conference Zoom, presented its six star ambassadors.

The star ambassadors for this Telethon are:

The largest fundraising charity in the country maintains project goals for 2020 such as:

- The objective of the Project is to provide food, supplies and technical aids to children with disabilities in times of COVID, to achieve social inclusion and equal opportunities.
- Obtain the solidarity of the Panamanian people in times of COVID-19, to provide humanitarian support to children with disabilities.
Support children with disabilities who live in conditions of multidimensional poverty, so that they achieve a life on equal terms with the rest of the population.
- The Telethon will celebrate 35 years this December 11 and 12, days of the event, gathering contributions with which noble projects are supported and infrastructures have been undertaken in favor of the Panamanian citizenship.

This year the activity will have as its ally the National Disability Secretariat (Senadis), and its director Donahy Shaud, outlined that this year's slogan of the Telethon contains a message of equality.

This year the Telethon will focus on bringing health, food, education and opportunities to children with disabilities in the country, so that they are not left behind.

Regarding the event, it was announced that it will take place on Friday, December 11 and Saturday, December 12 with a televised show on all the country's channels; whose duration will be 28 hours for Panamanians to enjoy it from their homes and will have the participation of national and international artists.

For this year the theme "Bailar con la vida" authored by the Gaitanes brothers and Grettel Garibaldi, will set the music for this charity event.