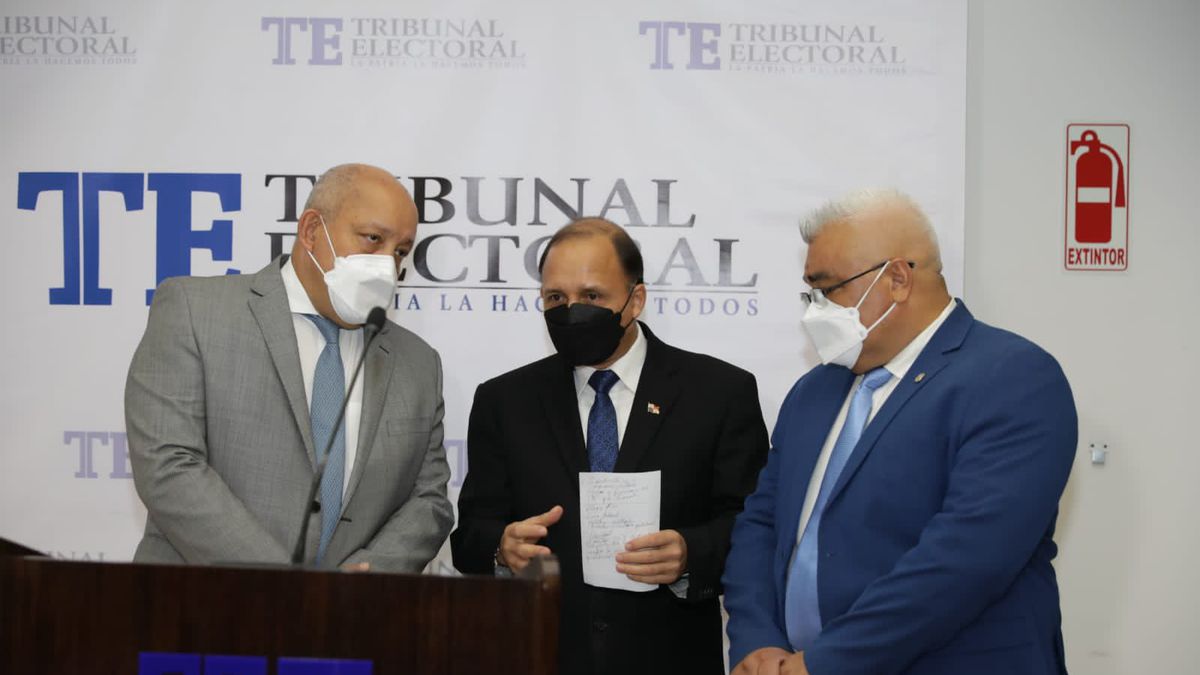 It was announced that the Government Commission will resume the discussion of draft Law 544 on Electoral Reforms as of Wednesday.
The technical table made up of members of the National Assembly (AN) and the Electoral Tribunal (TE), concluded this Monday the review of the modifications to the Electoral Reform project.

The culmination was announced after reaching consensus on several of the articles that had been modified by the Government Commission of the National Assembly during the discussion in the first debate.

After the review of the technical table, it was announced that the Government Commission will resume the discussion of the draft Law 544 on Electoral Reforms as of Wednesday.

"The discussion of the third block that integrates the first debate of the Electoral Reform project continues this Wednesday, September 29, now from the headquarters of the Government and Constitutional Affairs Commission, in the legislative chamber," said the TE.

For his part, the presiding magistrate of the Electoral Tribunal, Heriberto Araúz, reported that at the resumption of the sessions in the Government Commission, the issue of the electoral criminal jurisdiction will continue to be discussed, on which they will present a proposal.

"The electoral criminal jurisdiction, which is a sensitive issue in this reform project, we are working on preparing a draft, a proposal from the members of the Government and Constitutional Affairs Commission, which we will be talking and debating with the magistrates in the session that will resume on Wednesday, so we have this issue pending, "said Araúz.

He added that other pending issues are pre and post-electoral financing; as well as that of parity, although it recognizes that in this last aspect some progress has been made.

"One of the most sensitive issues in this draft reform of the Electoral Code is gender parity, we consider that there has been a substantial progress, not 100% of what was proposed and approved in the National Electoral Reform Commission , but Yes, there has been substantial progress since it was approved in this dialogue table that on the subject of nominations of pre-candidates, pre-candidates, candidates and candidates for different elected positions, 50% must be men, 50% must be women, in the The principal must be of one gender and the alternate of the opposite gender, ”he stressed.

He added that during the meeting held today by the technical table there was no consensus regarding increasing the pre-electoral public financing to 15% for candidates by free nomination, so it was agreed to maintain the proposal that currently contains the Electoral Code, to assign 3.5 % of pre-election financing.

In addition, progress was made in how much the distribution of post-election funding.

On the subject of labor jurisdiction, the grounds that are aimed at protecting candidates were reviewed and an aspect related to people who do not have any labor or employment relationship was eliminated.

On the other hand, the issue of strengthening the role of the Electoral Prosecutor General's Office and its participation in some administrative procedures before the electoral administrative courts and its power to investigate electoral crimes was also addressed.
Add Comment