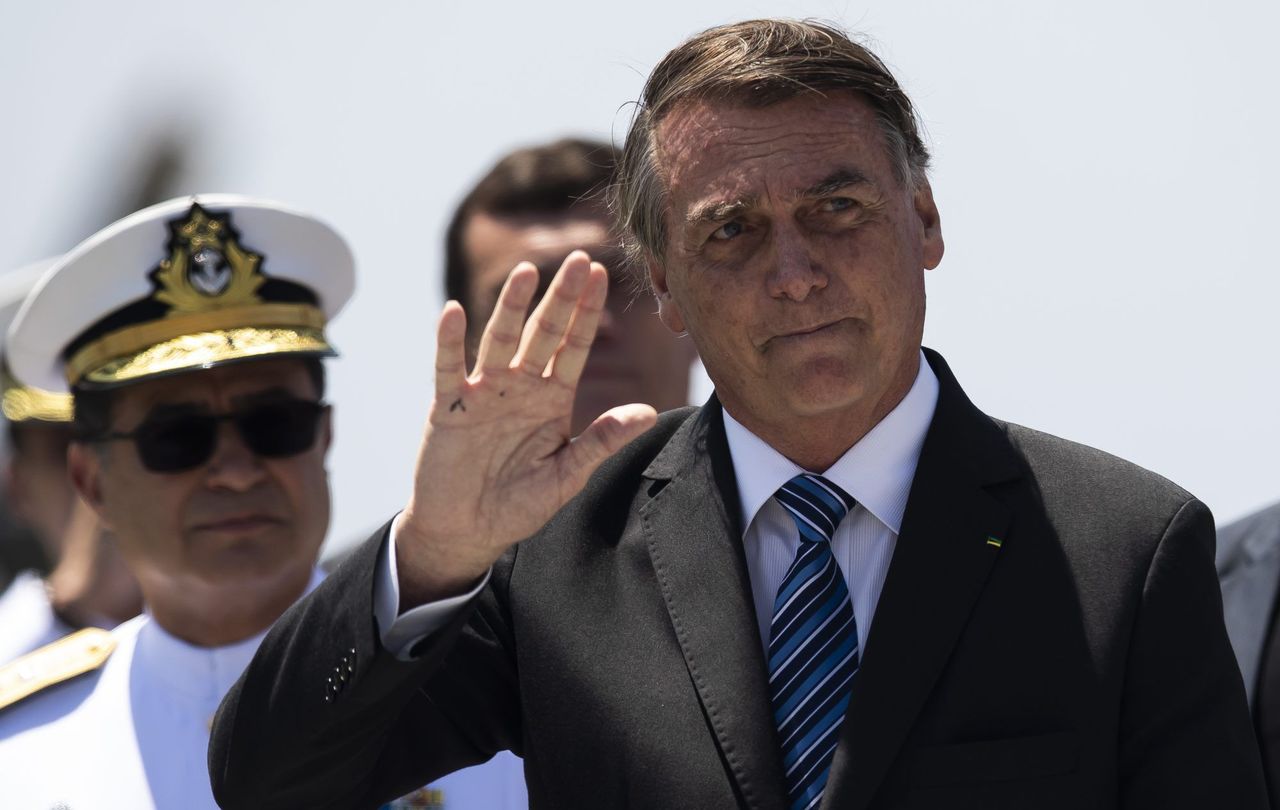 The outgoing president of Brazil apparently plans to skip the inauguration Sunday of his successor, Luiz Inácio Lula da Silva.
Two days before leaving office, ending a tumultuous four years as the race-baiting, Amazon-developing, coronavirus-downplaying, vaccine-skeptical leader of Latin America’s largest country, Brazilian President Jair Bolsonaro remained defiant in a teary farewell address on Friday, defending his record and saying the election that led to his ouster was not impartial, but condemning violence against the result.

Then he flew to Florida, Brazilian media reported, where in the past he has met with former president Donald Trump at Mar-a-Lago. He apparently planned to skip the inauguration of Luiz Inácio Lula da Silva on Sunday, when the outgoing leader traditionally presents the presidential sash to his successor, a ceremony intended to reaffirm the country’s young democracy.

Bolsonaro’s remarks, live-streamed for nearly an hour Friday morning, were his most extensive since he lost the election in October. He still has not conceded the race, but acknowledged that a new administration would take over on Sunday.

“Nothing is lost,” he told supporters. “Brazil is a fantastic country, and Brazil doesn’t end on January first.”

Concern is growing over security around Lula’s inauguration in Brasília on Sunday. Bolsonaro supporters have camped outside army installations since his Oct. 30 defeat to call for a military coup to keep him in power. A group of radical bolsonaristas set fire to buses and tried to invade federal police headquarters in the capital this month after the arrest of a Bolsonaro supporter who was accused of having “expressly summoned armed people to prevent the certification of elected” officials.

On Saturday, police said they defused a bomb planted by a Bolsonaro supporter in a tanker truck full of gas near the international airport in Brasília. They said the suspect told investigators his plan was to provoke chaos to draw military intervention.

Bolsonaro asked supporters last month not to block highways, but said the gatherings outside army installations were legitimate protests. On Friday, he condemned violent demonstrations — and lamented that the Brazilian media had connected the bomb suspect to him.

“Nothing justifies this attempted terrorist act here in Brasília airport,” Bolsonaro said. “[Have] Intelligence. Let’s show we are different from the other side, that we respect the norms and the Constitution.”

His actions might sound familiar to Americans. Trump, a Bolsonaro ally, blamed his 2020 reelection loss on unfounded claims of fraud, declined to concede, urged his supporters to protest the result and skipped the inauguration of President Biden.

Bolsonaro said it had been difficult to stay mostly silent for two months, but refrained from speaking because anything he said “could make things more tumultuous.”

“I didn’t leave the four lines” of the Constitution, he said, comparing the document to a soccer pitch. “Either we live in a democracy or we don’t. Nobody wants an adventure.”

Bolsonaro sought to explain to his more radical supporters why he didn’t embrace stronger efforts to stay in power. After he spent years casting doubt on the security of electronic voting machines, many of his supporters have claimed without evidence that the election was stolen.

“Now, many times, even within the four lines, you need to have support,” he said. But he found no support in the electoral court, the congress or the armed forces to reverse the election result. He asked his party to file a lawsuit alleging possible fraud in balloting, but the electoral court quickly rejected the claim.

He said he recognized the suffering of his supporters, but asked them to put themselves in his place. He said they had lost a battle, but not the war. As he spoke, comments expressing frustration began to appear on his Facebook page.

“Unfortunately we are adrift,” one person wrote. “So there was no fraud??? Hope is over.”

Bolsonaro said he would lead the opposition to Lula.

“The picture is not good, but that’s not why we are going to throw in the towel and stop opposing,” he said.

After the valedictory, Brazilian media reported, he boarded Força Aérea Brasileira — Brazil’s Air Force One — on a flight to Orlando. The presidency did not confirm his departure to The Washington Post, but recent filings with the Federal Register have indicated preparations for such a trip.