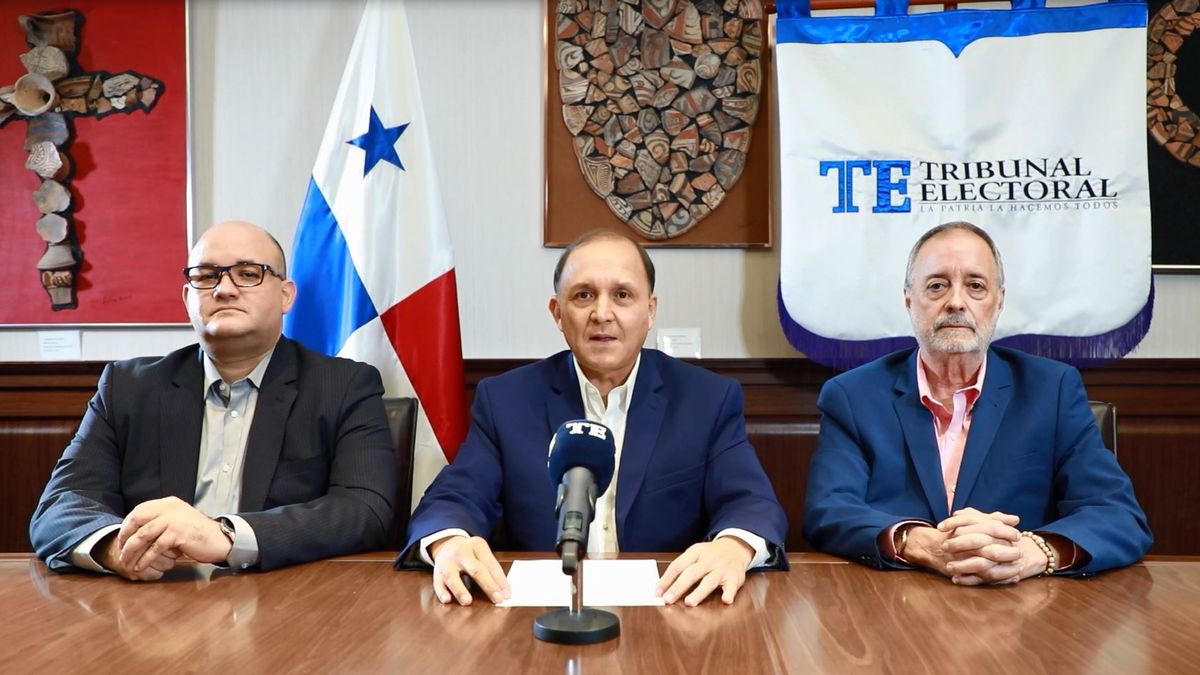 "We cannot continue with the same model of moving forward with the approval of most of the issues, leaving aside the fundamental ones," said the presiding magistrate of the TE.
After communicating their rejection of the Electoral Reform project approved by the National Assembly (AN), the magistrates of the Electoral Tribunal today urged the President of the Republic, Laurentino Cortizo, to object to it "thinking about the best interests of the citizens."

"Yesterday we made public the position of the Electoral Tribunal in the sense of rejecting bill 544 for the reasons explained in the statement. After almost 30 years of insisting before the Legislative Organ every five years together with the Commission National Electoral Reforms in the correction of essential problems of the Panamanian electoral system, we come to the conclusion that we cannot continue with the same model of moving forward with the approval of most of the issues, leaving aside the fundamentals to which we have referred. More than quantity of approved reforms, it is about the quality and depth of the same, in a comprehensive analysis of the reform package.We urge the President of the Republic to object to the aforementioned project for reasons made known to the public, with the best interests of the citizens in mind," said Araúz.

Through a statement issued after analyzing in permanent session what was approved by the National Assembly, the Electoral Tribunal pointed out the need to correct the way to assign seats by residue in multi-member circuits, emphasizing that in bill 544 presented a system was proposed that It fully complies with the constitutional mandate to guarantee the principle of proportional representation. However, this proposal was eliminated, which is inconvenient for the country. "The National Assembly decided to maintain the current formula in the Electoral Code that does not comply with that constitutional mandate."

It also recommended eliminating the "escape valve" that allows political parties to not comply, really and effectively, with the right to political participation of women, under conditions of equality, specifically, in the electoral offer, when the women's secretariat of the party checks that parity could not be met; as well as correcting the inequity in the distribution of pre-electoral public financing between political parties and candidates by free nomination; going from 7%, as agreed by the deputies to 15%.

This bill was approved last Friday, October 15, by the Plenary of the National Assembly with 50 votes in favor and 3 against.

During the discussion in the Assembly, it was approved to maintain the questioned formula for assigning seats in multi-member circuits by quotient, half quotient and remainder; In addition, it was approved that the amount corresponding to the pre-electoral financing that will be assigned to the candidates by free nomination will go from 3.5% to 7%, and not 15% as suggested by the Electoral Tribunal.