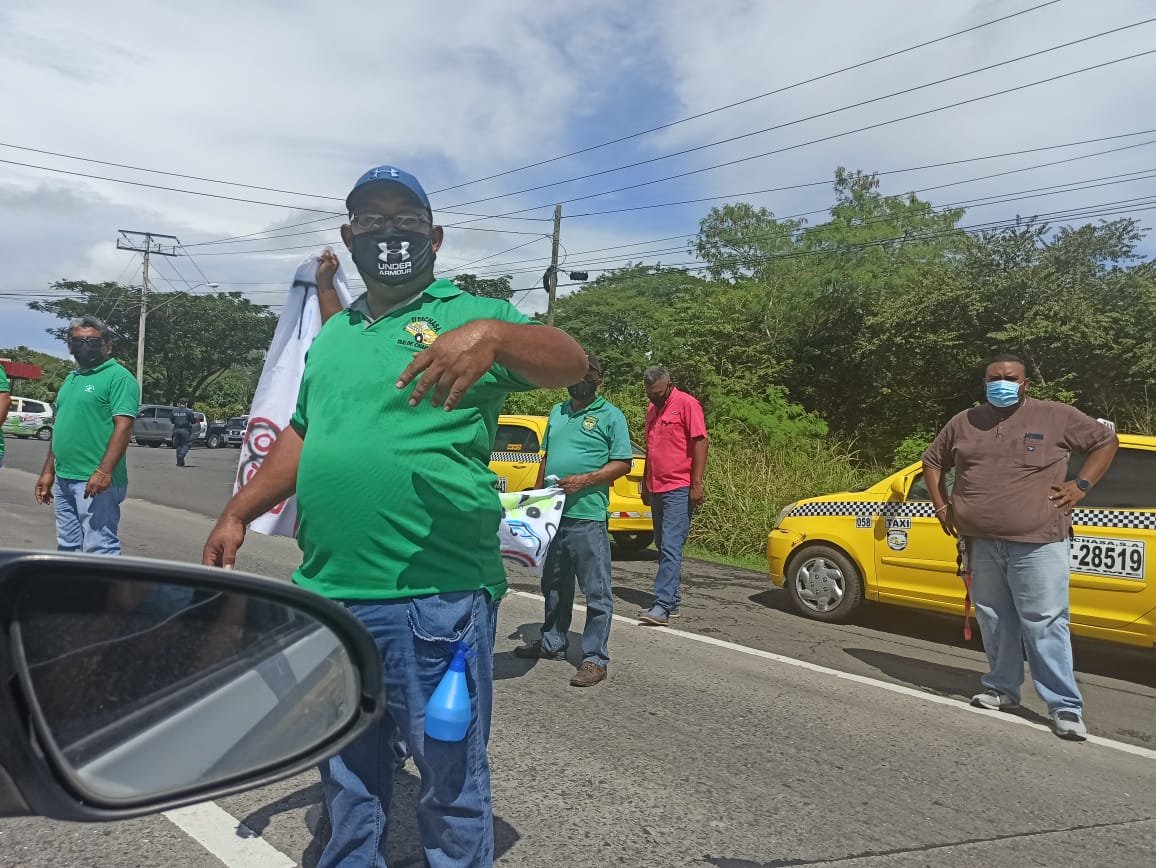 The taxi drivers closed several points in Panama City demanding that the Transit and Land Transportation Authority (ATTT) not eliminate the circulation by even and odd plates.
On Monday, November 9, the ATTT reported that after an evaluation of the reality experienced by the selective transport sector and in accordance with the Government's economic reactivation measures, the circulation measure was suspended by the last digit of the plate to the selective sector.

Until this Monday, vehicles with selective public transport plates ending in even numbers (0, 2, 4, 6, 8) circulated on Monday, Wednesday and Friday from 5:00 am to 11:00 pm, while that those ending in odd numbers (1, 3, 5, 7 and 9) circulated on Tuesdays, Thursdays and Saturdays. On Sundays all taxis, regardless of the last digit on their license plate, could circulate.

The director of the ATTT, Miguel Martínez, assured that with the elimination of the circulation by even and odd plates, it is sought to offer the complete service to the citizens, given the reopening that has been made in the country.

In the districts of Santiago and Penonomé all taxis are working, according to the director of Transit.

Different groups of taxi drivers oppose the decision of the Transit and Land Transportation Authority and from early hours they closed several roads in different parts of the country, such as La Chorrera and Arraiján.

In the afternoon, traffic on the Inter-American highway stretched for several kilometers. On the Arraiján-La Chorrera highway, the vehicles were not moving. Users of social networks said that they had more than three hours at the roadblock.

Private drivers sounded their car horns, annoyed by the closure.

Arguing that there is no demand from users, these selective transport drivers proceeded to protest and close some roads in the capital city.

In the vicinity of Avenida Balboa, on December 24 and in San Isidro, some lanes were closed. This caused traffic congestion at various points.
Add Comment