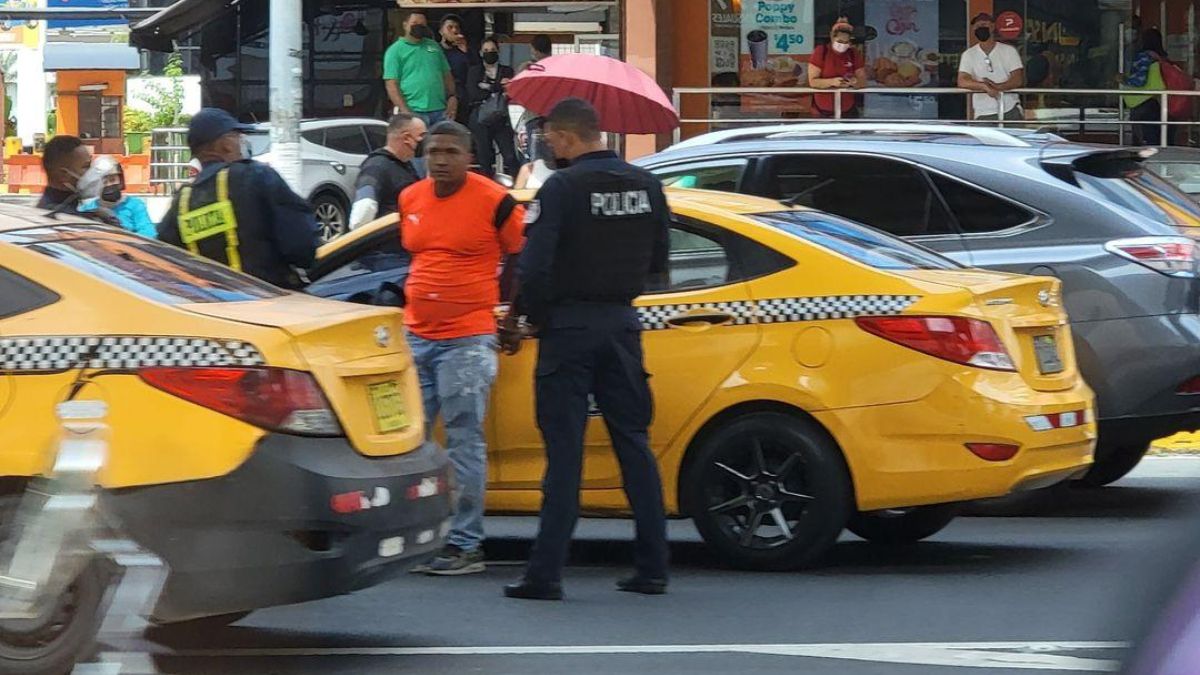 The National Police confirmed the apprehension of a selective transport driver (taxi) involved in an attack on a unit of the National Directorate of Traffic Operations (DNOT). The incident occurred in Paitilla.

This, after a video was released on social networks showing the taxi driver and the police unit arguing, later the physical attack occurred.

"Regarding an incident between a uniformed man and a citizen in Paitilla, we inform that the selective transport driver was called to attention for Disorderly Driving, however his reaction was unconscionable," published the National Police through Twitter.

The entity added that in the case of aggression the person was taken to the San Francisco Police Substation, to be brought to the order of the competent authorities.