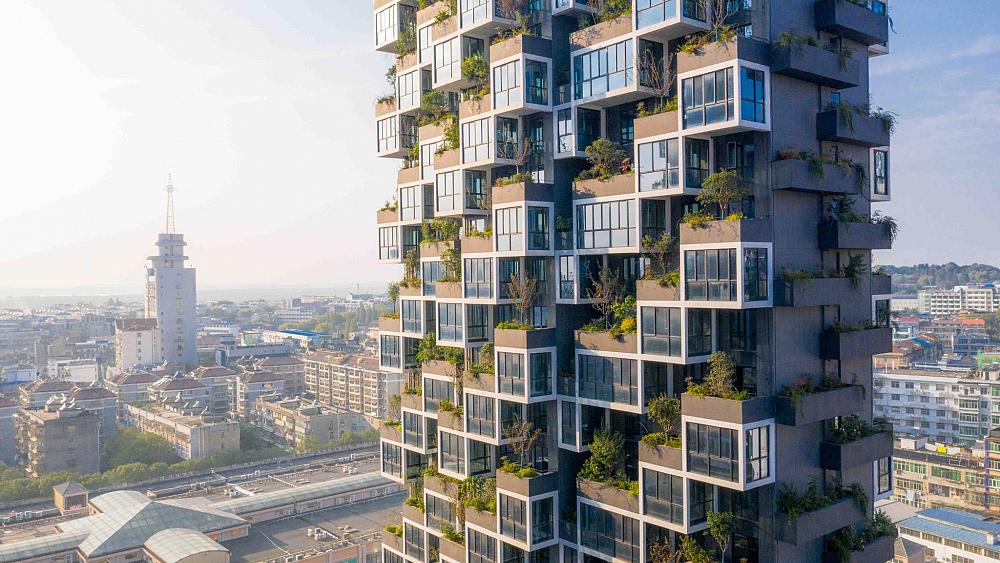 In pictures: Stefano Boeri's newest project has just been completed in Huanggang and the photos are beautiful.

China’s first ‘Vertical Forest City’ has been completed, providing a home to around 500 people - and over 5,000 shrubs and trees.

Though we may not think of tower blocks as green spaces, Italian architect Stefano Boeri has been disrupting this notion for decades. 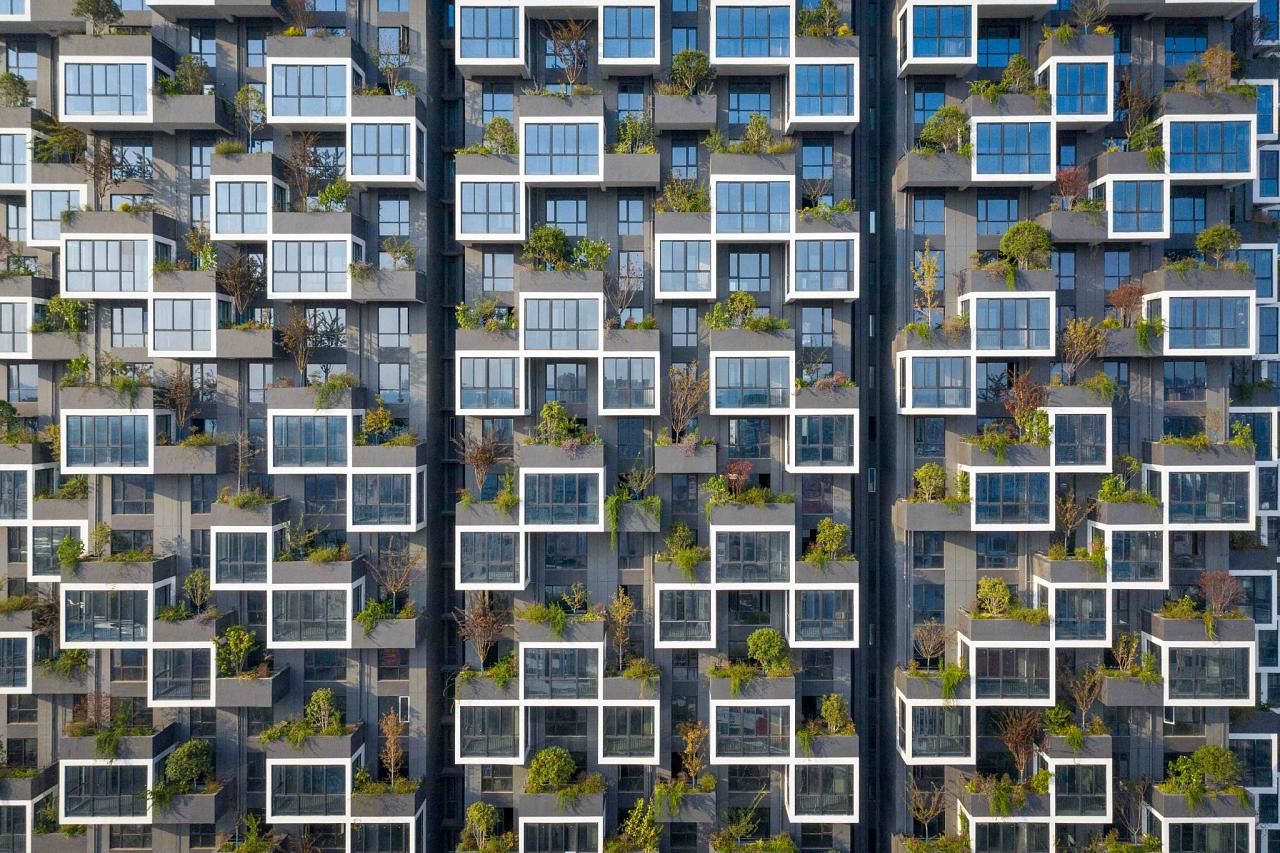 The outer facades of the new blocks.

Huanggang is home to more than 1.2 million people, and is situated in the Hubei Province, about 70 kilometres east of Wuhan.

“The inhabitants of the residential towers have the opportunity to experience the urban space from a different perspective while fully enjoying the comfort of being surrounded by nature." 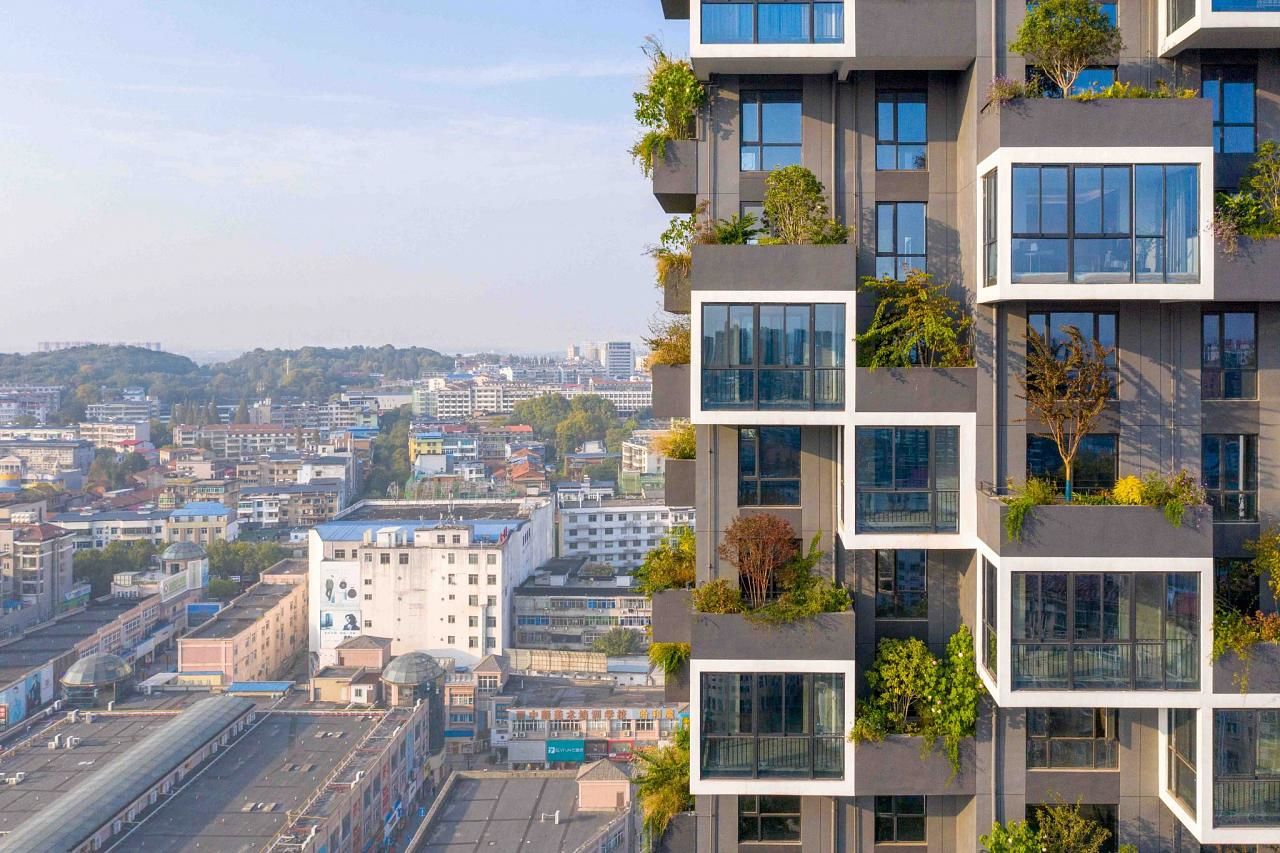 Though the new complex is still recognisably the work of Boeri, best-known for the Bosco Verticale in Milan, the residential towers combine open and closed balconies to forge a stair-like effect.

This design is meant to “create a continuous, ever-changing movement”, as the building blends natural and built environments together.

All the foliage included in the project has been selected from native, non-invasive species. There are 404 trees, predominantly Ginkgo biloba - which is a type of Ginkgoales, an ancient order of trees dating back more than 290 million years. 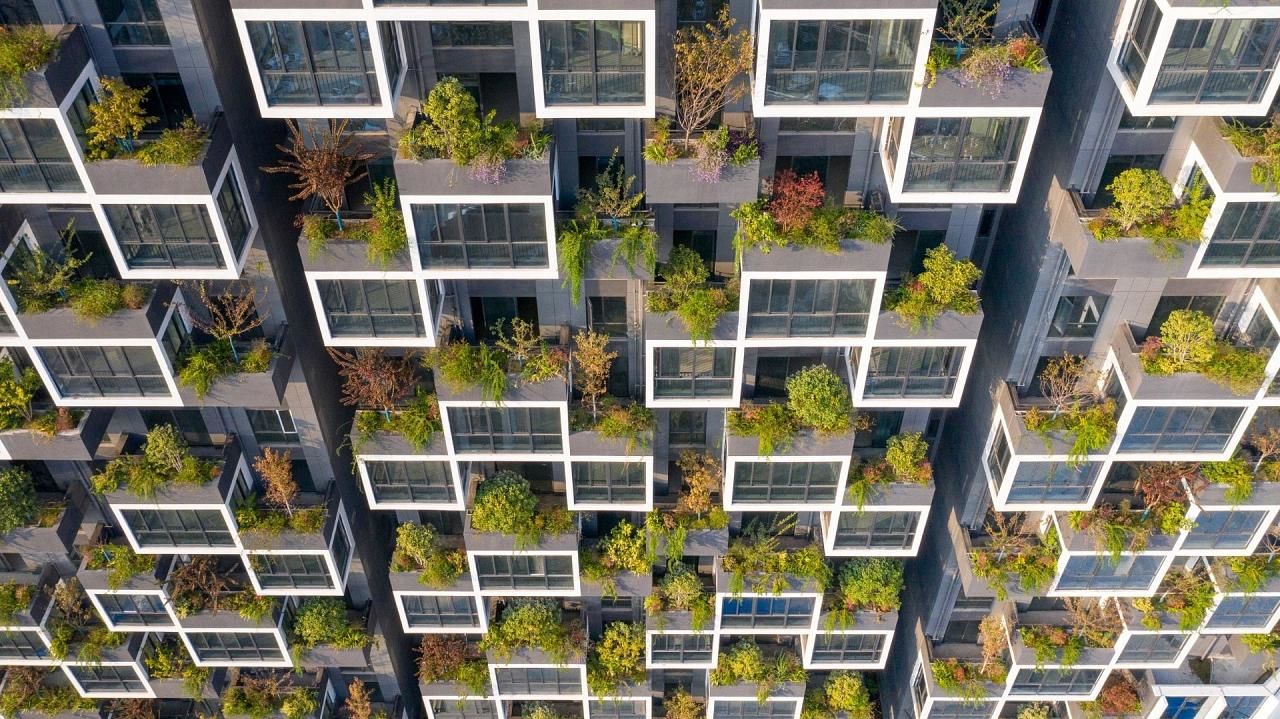 The foliage allows residents to be surrounded by nature, from the comfort of their own home.

There are also 4,620 shrubs used in the design, and 2,409 square metres of perennial grass, flowers and climbing plants.

Each year it’s estimated that the vertical forest will absorb around 20 tonnes of carbon dioxide, while emitting approximately 10 tonnes of oxygen.

“The design allows an excellent view of the tree-lined façades, enhancing the sensorial experience of the greenery and integrating the plant landscape with the architectural dimension,” says architect Stefano Boeri. 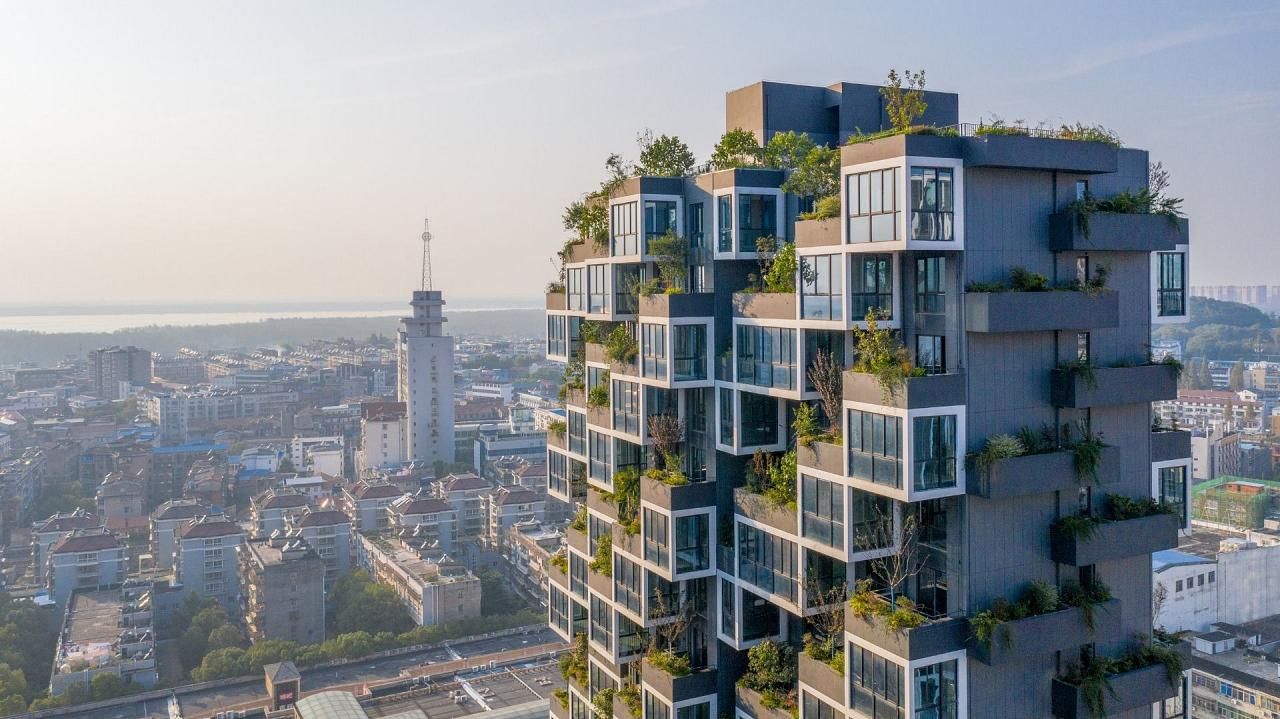 The top apartments in the residential tower.

“The inhabitants of the residential towers have the opportunity to experience the urban space from a different perspective while fully enjoying the comfort of being surrounded by nature."

The plans for China’s other biophilic city

This isn’t the only project of Boeri’s planned in China, however. Work is underway on the Liuzhou Forest City in the mountainous province of Guangxi in southern China. 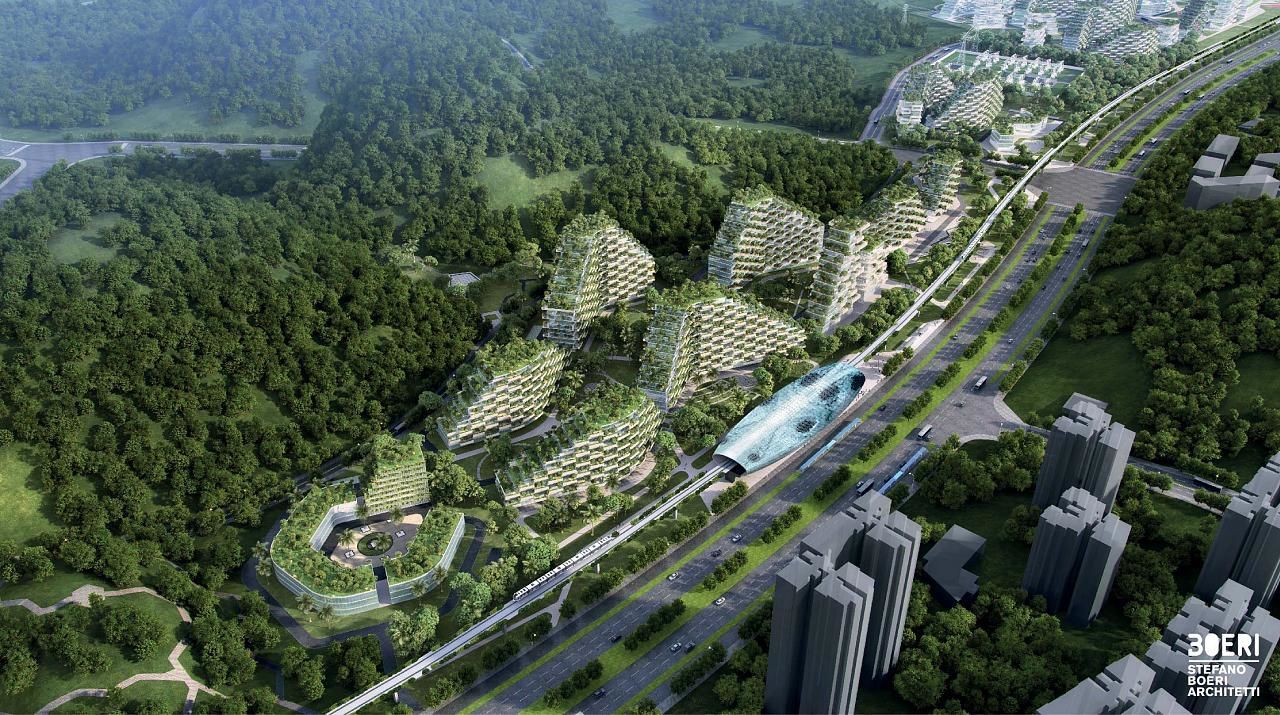 Liuzhou is one of the most smog-affected cities in the world, hence why it has been chosen as a host for Boeri’s work. 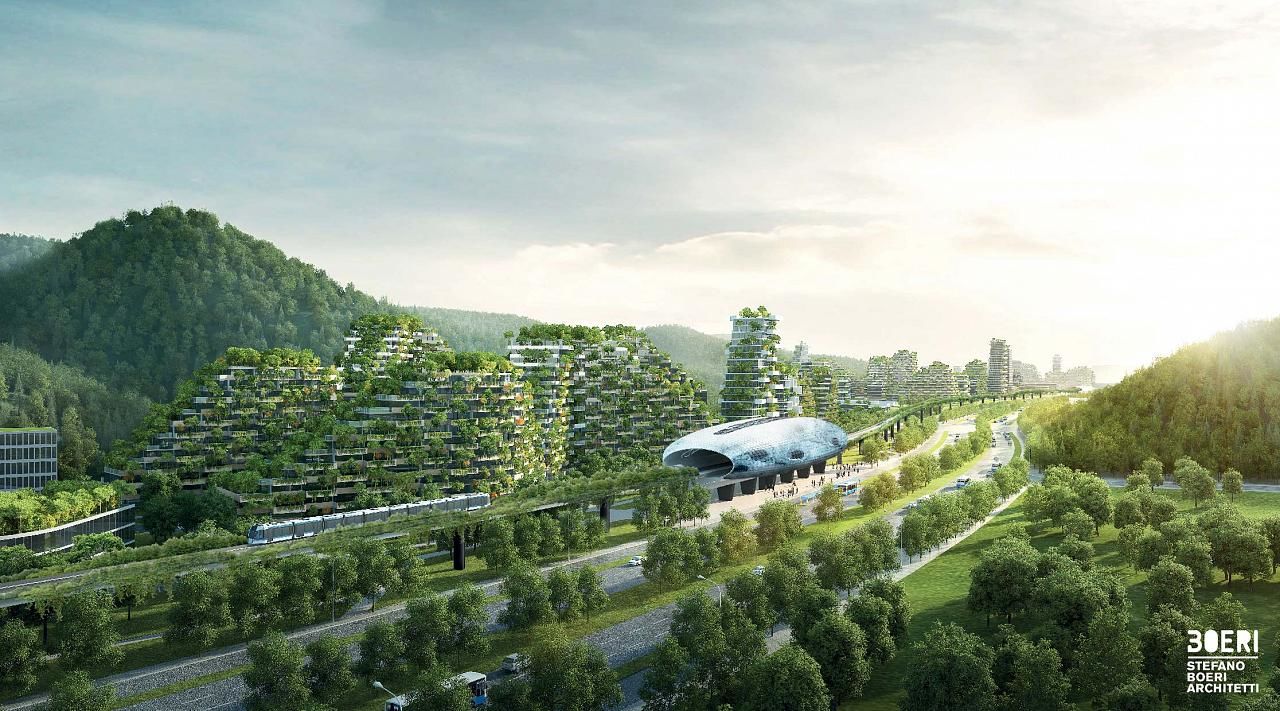 The Liuzhou Forest City will house 30,000 people, along with 40,000 trees and more than a million plants from over 100 different species. 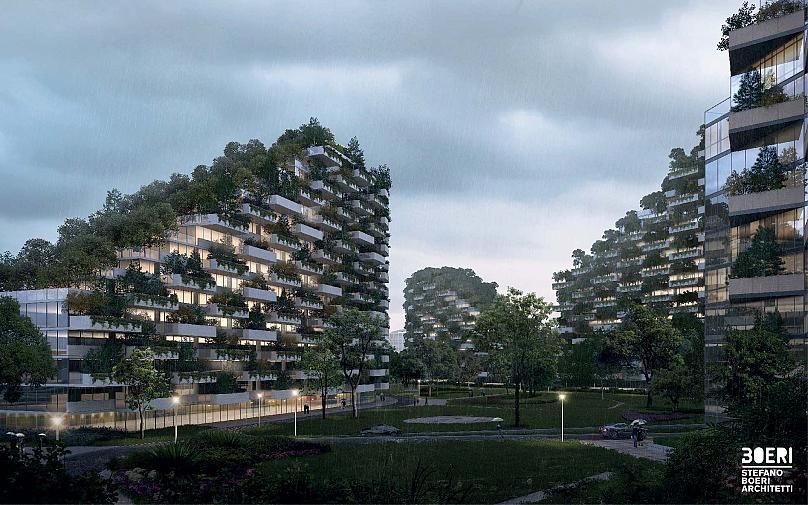 Described as an “urban organism”, it is designed to absorb 9,000 tonnes of carbon dioxide every year, along with more than 50 tonnes of micro-particles too. The idea is that it can help improve the air quality, as well as combat carbon emissions.