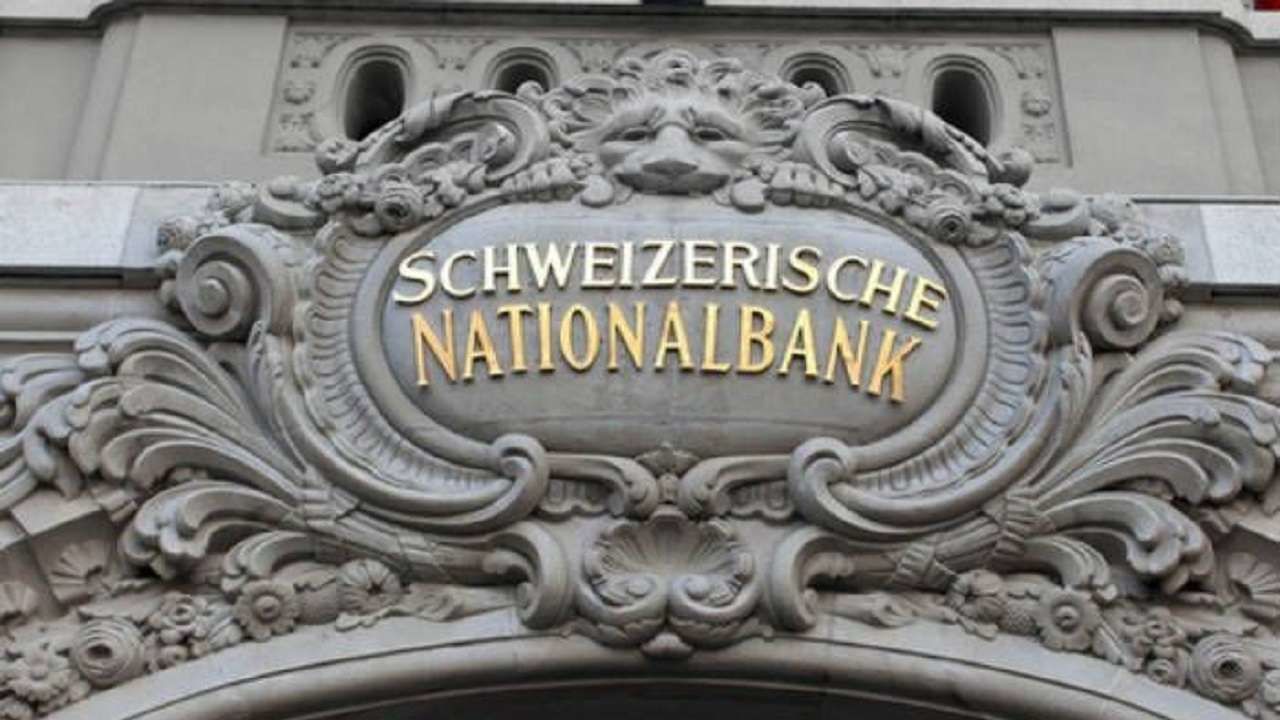 The Ukraine conflict escalated on Thursday night. Switzerland is appalled but says it will support European Union sanctions rather than impose its own.

The Swiss foreign ministry considers Russian actions in Ukraine to be an “invasion” and a “gross violation of international law”, according to a statement issued Thursday.

On Thursday afternoon, Swiss President Ignazio Cassis announced that Switzerland would support EU sanctions in the areas of travel and finance but would still not impose sanctions of its own.

A concrete example is that while the EU will freeze assets of people on its sanctions list, Switzerland will only ensure that its banks do not accept further funds from these individuals. This is to prevent sanctioned Russians from using Switzerland to get around EU measures.

State Secretary Livia Leu justified the move by citing Switzerland's good offices role and alluded in particular to the protecting power mandate it undertakes between Russia and Georgia.

On Twitter the Ukrainian President Volodimir Selensky and jailed Russian opposition figure Alexei Navalny had both called for tough sanctions against Russia.

The European Union, which has already applied sanctions, is considering additional punitive measures. Meanwhile, the United States is urging the West to coordinate sanctions.

Previously, the Swiss government had indicated it wanted to avoid the country being used to circumvent sanctions imposed by the EU. That’s why it was closely studying the measures other states were imposing. The government had followed the same approach when Russia annexed Crimea from Ukraine in 2014.

What Switzerland needs to consider


Various factors play a role in the balance of considerations for the Swiss:


Under this principle, Switzerland must maintain a comparably wide distance from two parties in a conflict. However, international law experts agree that this does not apply if, as in the case of Russia, there has been a clear unilateral attack in violation of international law.

A potential role as mediator in the conflict. Switzerland organised a summit between Russian President Vladimir Putin and his American counterpart Joe Biden in Geneva last June and has repeatedly offered its good offices to both countries. Sanctions could jeopardise the Swiss role in diplomacy.


This year Switzerland is organising the annual Ukraine Reform Conference, which focuses on the economic development of the country. It is scheduled to take place in Locarno in July. For Swiss President Ignazio Cassis, it’s a prestige project and an important platform for the Swiss economy – Ukraine is seen as an emerging market. If Switzerland does not show solidarity now, it could upset Ukraine.

Relations with the EU


The relationship between Brussels and Bern has reached an all-time low with the end of negotiations last year on a framework agreement. Switzerland is trying not to cause any more upset with Europe. If the EU goes ahead with tough sanctions, Switzerland will find itself under pressure.


Switzerland is home to the headquarters of many commodity firms with strong financial involvement with Russia or that are active in the trade of Russian raw materials, such as oil and gas.

The headquarters of Russia's controversial Nord Stream 2 pipeline project is also in Switzerland. The project was cleared for sanctions by the U.S. on Wednesday. This gives Switzerland considerable leverage should it decide to use it.


Russian banks are also present in Switzerland. Sberbank and Gazprombank each have a branch here, according to the Russian embassy in Bern. Switzerland is also by far the largest recipient of Russian private capital. Between $5 billion and $10 billion (CHF4.6-9.2 billion) of Russian private money flows into Switzerland every year. These are other potential pressure points that the international community could ask Switzerland to move on.


There are about 700 Swiss citizens living in Russia. They would have to deal with the fall-out should Switzerland adopt tough sanctions against Russia over its aggression on neighboring Ukraine. The expat population is smaller in Ukraine – only 210. They are now in a war zone.


The response from the Swiss public has been rather muted. While in the past more than 10,000 people took to the streets in Switzerland to protest the Gulf War in 1991 and the war in Iraq in 2003, there have been no such rallies in recent weeks, even though the crisis in Ukraine was clearly in escalation mode.

On Wednesday evening, only about 100 people gathered in front of the Russian embassy in Bern in an act of protest. They demanded the withdrawal of Russian troops from eastern Ukraine, where Moscow recognised two breakaway regions held by pro-Russian separatists.

More rallies are expected. An alliance of movements and organisations, including the Social Democratic Party (SP), is calling for a peace demonstration on Saturday.

Reactions in politics and media


Under the hashtag #StandWithUkraine, many people in Switzerland are expressing their outrage.

"Russia has launched a war of aggression against Ukraine,” Social Democrat parliamentarian Fabian Molina tweeted. “This brutal violation of international law is destroying peace in Europe. Switzerland must stand in full solidarity at the side of our European partners.”

Jon Pult, also a Social Democrat parliamentarian, tweeted: "Putin is waging war on Ukraine and violating the UN Charter. There is no neutrality in the face of such breaches of international law." Switzerland must support the sanctions, he said, adding that the government's hesitation is unacceptable. "The oligarchic Putin system should be dried up financially."

The Swiss press has reacted with alarm, calling the Russian invasion of Ukraine a blatant violation of international law and a political turning point for Europe.

"The half-hearted policy of America and Europe towards the tyrant Putin has failed,” wrote the German-language newspaper Neue Zürcher Zeitung. “In view of the danger from Russia for the entire continent, a U-turn is now necessary."

"The end of the old world has begun," read the headline in the Tages-Anzeiger. "After this black day, nothing will ever be the same again."

Putin, the newspaper comments, has lost all empathy, all sense of proportion. "The discussion of tough sanctions seems strangely out of place and helpless, because it makes clear that at the moment nothing can stop the madness,” it said.

But there are also so-called "Putin sympathisers" in Switzerland, ranging from right-wing conservative circles to communists.

Yvette Estermann of the right-wing Swiss People's Party, for example, told the Aargauer Zeitung establishing a buffer zone between the East and the West makes sense. That buffer would be Ukraine, the Donbass region, so NATO troops are nowhere near the Russian border

Filippo Lombardi, a former senator with the Centre Party who used to head the Switzerland-Russia parliamentary friendship group, told the Aargauer Zeitung: "The West has made at least as many mistakes as Russia."


While stock prices are plummeting, oil and gold prices are rising. Currencies such as the Swiss franc are being sought out as safe havens in these tumultuous times.