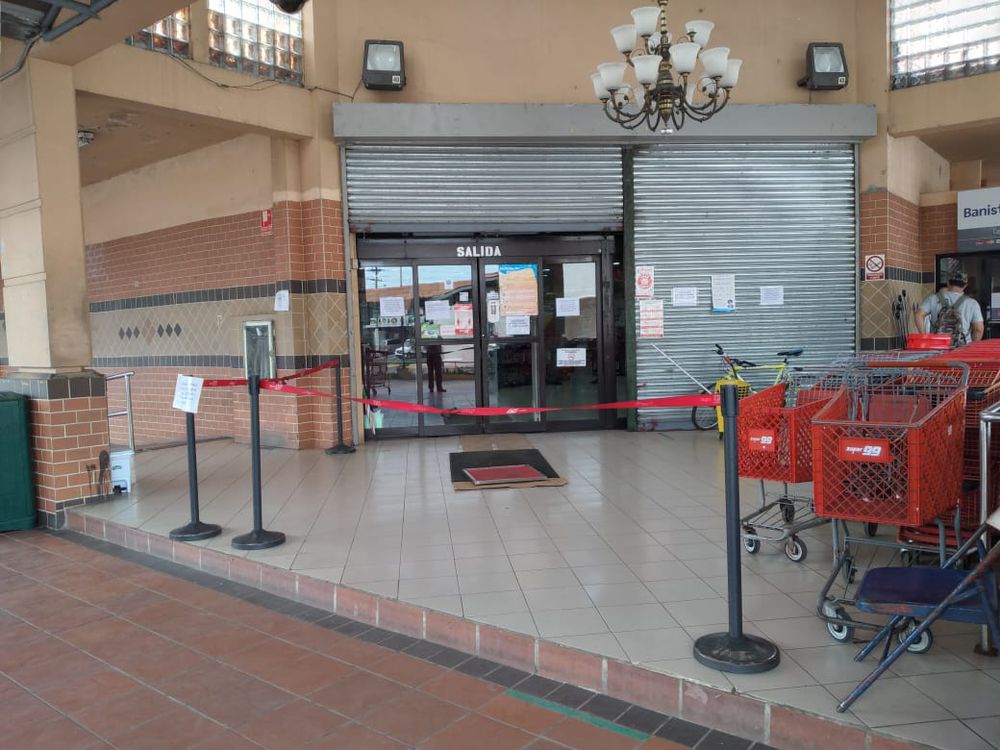 The Ministry of Health (Minsa) reported that it proceeded to close the Super 99 located in San Mateo, David, Chiriquí province, after the ministry's biosafety team detected a "relaxation" in the biosafety regulations in the premises.
Through a statement, Minsa confirmed the closure, which it adopted after visits by their biosecurity team to various supermarkets and commercial premises.

There is relaxation of the security measures and situations they confront, which are not in accordance with the measures suggested by the health governing body, the statement said.

The health authorities detailed that a dialogue was established with the managers of the premises, who agreed to comply with what was suggested, the document said. And to later carry out a disinfection day in order to provide greater security to both employers, collaborators and customers.

It was revealed that in this business several collaborators have tested positive for Covid-19.

Also should be noted that, to date, 2,648 patients have recovered from the disease in the province of Chiriquí, while there are 4,939 accumulated positive cases, which have been swab tested and treated in the region.

Meanwhile, 113 hospitalized patients remain, while there are a total of 1,976 people in home isolation, another 72 people in the hotel-hospital. In addition, 19 swab tests are awaiting a response and 2,964 follow-ups are being carried out.

The number of deaths in the province is 131, according to data from the Ministry.
#MINSA  #COVID-19  #Covid
Add Comment