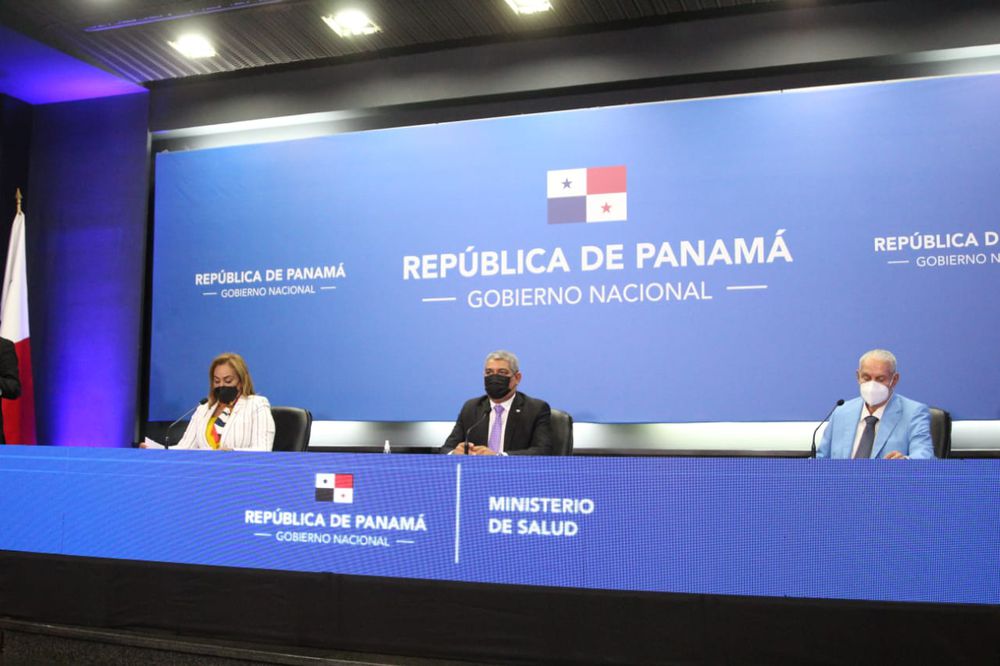 The Minister of Health, Luis Francisco Sucre, announced this Tuesday, June 22, that due to the increase in Covid-19 cases in some regions of the country, a total quarantine is ordered in some districts of Colón, Herrera and Los Santos, as of next Sunday June 27.
He also reported the relaxation of curfews in districts of the Chiriquí and Veraguas provinces, where infections of the new SARS-CoV-2 coronavirus decreased.

Sucre said that in the district of Colón, province of Colón, from next Sunday a total quarantine will be adopted on Sundays.

We view with concern the events that occurred over the weekend in the capital and in the city of Colón, where we have precisely seen a record of more than 200 cases due to the activities they carry out, he said. The head of Health referred to the parties held to celebrate Father's Day in which there were crowds and those present, for the most part, did not wear a mask.

In the rest of the province of Colon, the curfew is from midnight to 4:00 in the morning. Shops must close at 10:00 at night.

While in Chitré, the capital of Herrera, also since 27, a total Sunday quarantine will govern due to the increase in infections.

In Los Santos, specifically the districts of Los Santos, Las Tablas and Macaracas, a total quarantine is ordered on Sundays, as the incidence of Covid-19 cases has increased. In the rest of the province the curfew is maintained from 10:00 at night until 4:00 in the morning. Pedasí and Pocrí are excepted from this measure, where the mobility restriction will be from midnight to 4:00 in the morning.
#Sucre  #COVID-19  #Covid  #Coronavirus

mike 37 days ago
Dear captain,
Brazil (a very nice example) has 214 million inhabitants. Every year around 1.4 million people die of it.
Now there is talk of 500,000 corona deaths in Brazil. Does this mean that we now have about 2 million deaths a year in Brazil? Of course not. Prove to me that the total death toll per year in Brazil has increased by 500,000 to around 2 million. You won't be able to do this.
The number 500,000 is also completely overdone. With 30,000 we are getting a little closer to reality.
Incidentally, 99.3% of the currently 1,162,895 Corona infected people are classified as mild cases. Of the rest, 8,316 are in intensive care. That is just 0.003% of the total population. In contrast, there are 388,400 circulatory deaths and 180,000 cancer deaths and 177,000 accidental deaths per year in Brazil. Together that is about 0.34% of the total population.
Are you slowly realizing, dear Captain, how you have become a helpless victim of propaganda?
By the way: I have relatives in Brazil and what I´m talking about are facts not theories.

Captain 37 days ago
Mike have a look at Brazil ….where it’s all opened up. Forget your PCR tests there is something going on …please take a trip down there and explain your theories to the crowds protesting deaths not tests …oh and select your plot in the mass grave complexes whilst your in the country. Go peddle your rubbish on the other English Channel ..not here.

mike 37 days ago
The whole world knows that the PCR test is neither a suitable diagnostic tool nor useful in clinical medicine and has therefore never been approved for this purpose. Only in Panama obviously nobody knows that.
Evidence of this can be found on the manufacturer's notes as well as in the epidemiological bulletin of the German Robert Koch Institute (RKI)
To impose excessive restrictions on people based on the results of PCR tests is irresponsible and clearly proves the lack of competence of the competent authorities.
In 33 of the 50 states of the USA, all Corona restrictions have now been lifted up to 100%. Similar tendencies can be seen in Europe.
One can only hope that common sense will soon return in Panama and that the completely out of hand corona hysteria will end.
With the extremely high level of unemployment here in Panama, which has arisen as a result of these exaggerated Corona measures, it will of course be difficult to find new jobs for an incompetent health minister and his crew. Maybe they'll try the pharmaceutical industry as their new drug dealers.
View all comments (3)Add comment