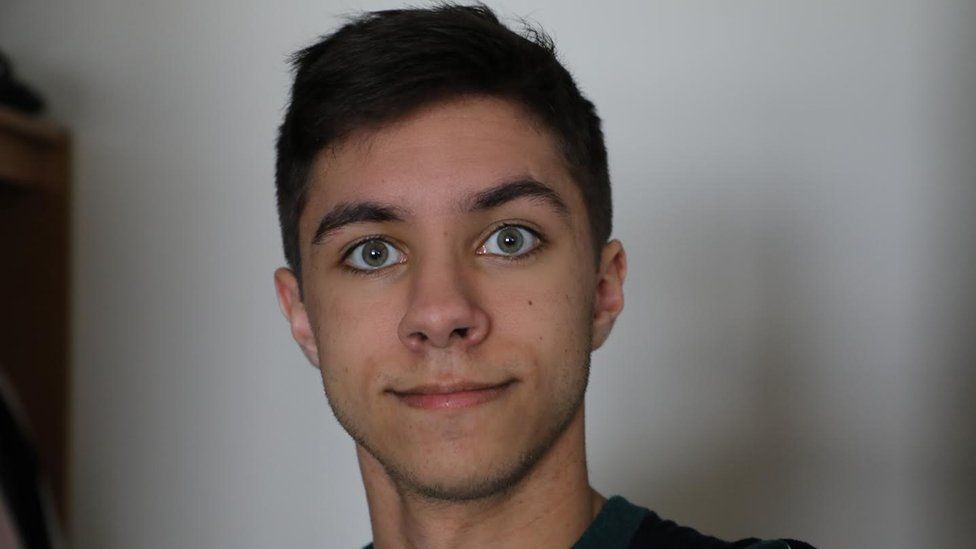 Student debt forgiveness: Relief for some, 'immoral' to others

When Matthew Henderson graduated from Loyola University, he had limited his borrowing as much as possible.

Keen to pay off the roughly $20,000 he owed the federal government for his three-year programme, he began looking for work.

But it was May 2020, a pandemic was raging and nobody was hiring.

The political science and history major opted to further his education with a master's in legal studies from Washington University in St Louis. It's a decision that has cost him dearly.

"Even though it was only an accelerated one-year programme, it still cost about $60,000, which was pretty much funded entirely through student loans," he said.

"I suddenly went from a potentially payable amount to an exorbitant amount of debt."

Mr Henderson, 23, is among the one in five Americans - or roughly 45 million people - who hold student loans. Together they owe the government a combined total of $1.6tn in debt and interest payments, according to the Federal Reserve.

As debts have ballooned, student advocacy groups have begged for relief. On Wednesday, President Joe Biden announced he will wipe out up to $10,000 per borrower for those who earn less than $125,000 each year.

For Mr Henderson, the move is "a great step, but I'm not certain it's the best he [Biden] could have done".

"I hoped to see him forgive up to $50,000," he concedes, nodding to more ambitious Democratic Party proposals turned down by the president.

The Indiana native argues the government is quick to "bail out" corporations, as it did in the wake of the 2008 financial crisis and more recently during the pandemic, but is reluctant to invest in its citizens.

"At some point, we have to invest in the future of the US workforce and the youth of America," he said.

But, with more than half of all student borrowers currently owing $20,000 or less, and about a third owing under $10,000, the White House's actions do come as a major source of relief to some.

Bessy Clarke, 30, has made monthly payments on her $30,000 in loans - but high interest rates have left her "barely making a dent" in her debt load.

"It's very defeating to pay monthly and still see no progress on my balance," said the tech industry worker from New Orleans, Louisiana. 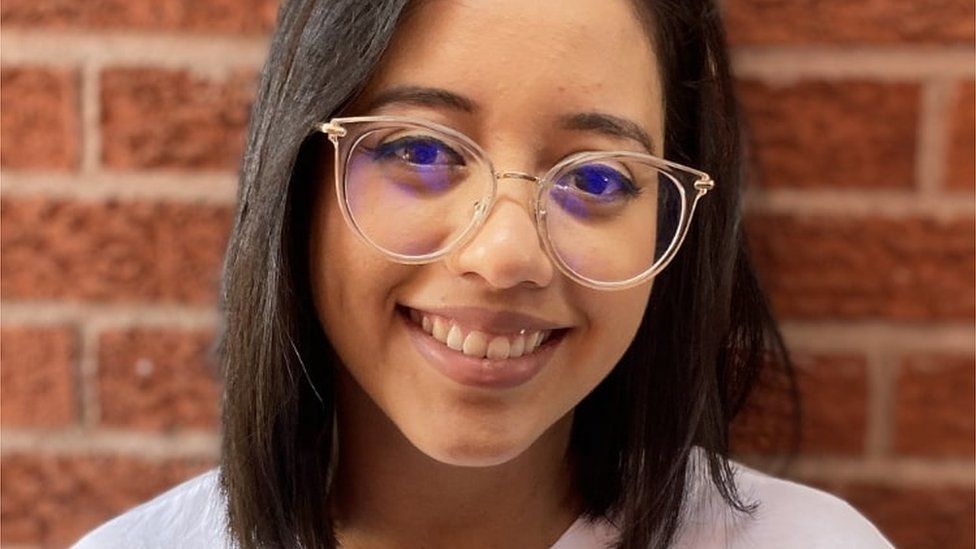 Bessy Clarke, 30, is glad one-third of her debt will be wiped out by the White House's plan

Cancelling a portion of her loans is a necessary step in the right direction, she claims.

"Student loans have been the biggest burden on millennials and will be for the following generations as well. It prevents people my age from saving for a house or saving for retirement."

Both he and his wife are still paying down college loans, as they raise their first child.

"It requires us to have two jobs - and put her in day-care," the 32-year-old said. "If we didn't have the loans, it's much more likely one of us could work part-time."

Mr Wright was the first in his family to attend college. He claims he was so naïve about the experience that he paid for his first semester with the cash he had saved up from a summer job.

"That was the trope handed down from all the baby boomers," he said. "Work hard and pay it off."

While glad that a significant portion of his loans are to be forgiven, he warns it's simply "putting a band-aid over a larger issue".

"The fact that the government is so willing to lend money to students who are going to expensive institutions, where the price has gone up so drastically - that hasn't been addressed at all."

Nicholas Nolan Judd, a 20-year-old from Aiken, South Carolina, attends college at the University of Glasgow, a decision he made in large part to avoid taking out loans.

With access to a partial scholarship and tuition benefits, he said, "we did all the numbers and it was actually way cheaper to go overseas to a well-ranked university than the state schools." 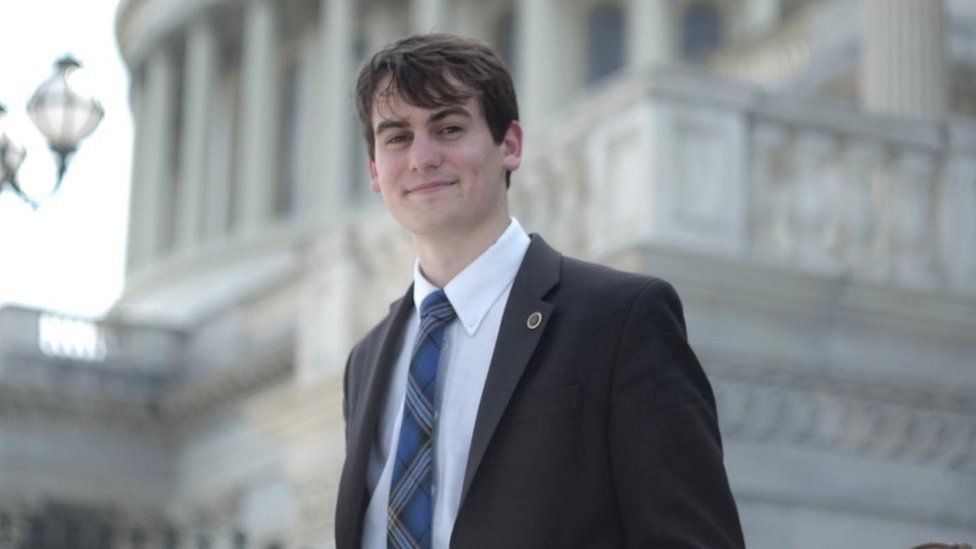 Nicholas Nolan Judd, 20, decided to attend the University of Glasgow in part to avoid taking out US student loans

According to him, while British universities remain focused on the academic experience, the American model has "more of a 'college culture' focus, with large football stadiums and other accessories".

Forgiving loans therefore is "like throwing money onto a fire that's burning," Mr Judd said. "The money is not going to solve the actual crisis, which is over-inflated tuition costs."

Some critics of the debt cancellation plan say it is merely a politically expedient move to appease voters on the left ahead of November's midterm elections.

"The best way to win someone's vote is to give them a handout," Dominic Bashford, 25, told the BBC.

After graduating from Bowling Green State University in 2019, he accumulated about $22,000 in debt.

But Mr Bashford, who describes himself as a libertarian, views debt as a form of servitude, so he started planning early on how to "break free" from the government.

In addition to his job at a brokerage firm in the grocery industry, he worked weekends delivering pizza for Domino's and cut nearly every major cost in his life.

"I sacrificed my social life and creature comforts, and I really lived like a miser," he said.

Mr Bashford planned to pay off what he owed within five years. Instead his plan saw him do it in two years, making his final payment last August.

He believes the move to forgive loans serves as a disincentive for responsible behaviour.

Without solving the root causes of the debt crisis, he added, "in 10 years' time, we're going to be back in the same position that we're in now".

Oh ya 31 days ago
There is NO FREE . Someone (you) get to pay for your neighbors Gender Studies Degree with you taxes. The students took out the loans the students should pay them back. Like they say Socialism is great until you run out of other peoples money
View all comments (1)Add comment