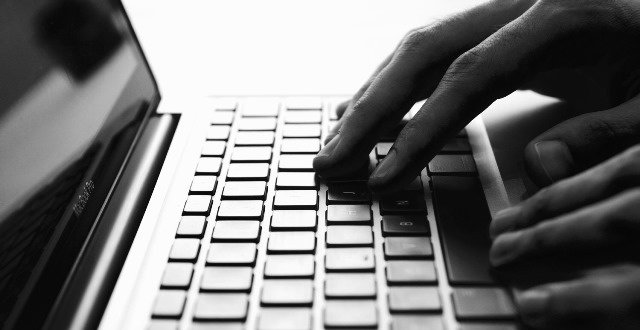 The penalty for computer and cyber abuse will significantly increase, and legislators announced that this is a necessary deterrent to online bullying in the Territory. In fact, the debate on the Computer Misuse and Cybercrime (Amendment) Act 2019 during the House of Assembly on August 1 saw a general agreement among the legislators, that this was a necessary tool to put a stop to disparaging Whatsapp memes and leaked sexual videos.

Before the Bill was forwarded to a Select Committee of the House of Assembly, Leader of Government business and the mover of the Bill, Premier Hon. Andrew Fahie announced that the legislation also contains stipulations for blogging on local news sites.

Overall, legislators on both sides of the aisle agreed with majority of the changes that were proposed to the Computer Misuse Act.

Most keen on the amendment was Premier Fahie, who announced that some of the amendments are expected to be enforced swiftly after the legislation is passed.

In outlining the objects and reasons of the legislation, Hon. Fahie said consideration for the protection of the financial services sector, minors, and the reputation of the Territory were chief.

“When one looks at the nature of some of our key business sectors, you can see why the safety and integrity of electronic data is important. We cannot afford to wait for something to happen and then react, we have to keep up with the trends…we have to try to be ahead of the times…The Bill today seeks to strengthen our protection from individuals and entities who can be vulnerable to attacks from persons who abuse their access to computer systems,” the Premier said.

A major change in the Bill from the original 2014 legislation is the proposed increase of the fees and penalty for the various offenses. In noting the change, the Premier said, “The punishment for these offenses need to be severe because the potential damages and hurt that can be inflicted in the commission…can be very disastrous and are very serious.”

One of the three areas where the penalties were altered is the part of the Act that deals with unlawful access to the data stored on a computer or a network system (hacking). The fine was increased from $10,000 or two years imprisonment on summary conviction to $200,000 and seven years. It was also changed from $50,000 and five years on indictment to $500,000 and 14 years.

The third fine increase is for making available device or data. This, the Premier said, has to do with making the tools and information available for someone to obtain unauthorized access to a network or system. Hon. Fahie noted that the offence can be done by the sharing of a password or creation of a device to break in. The fines increased from $40,000 and five years on summary conviction to $200,000 and or seven years, and from $250,000 and or 15 years on indictment increased to $500,000 and 14 years.

After outlining the new increases, the Premier said that it is up to the House to reduce, increase or deal with the fines however they see fit. However, he told the House to consider that once someone loses their reputation through the unlawful use of technology, there is not enough money in the world that can restore it.

“Hopefully the increased penalties would serve their purpose as an effective deterrent,” he said.

The Premier in alluding to comments made online stated that there is a fine for slandering and defamation as well.

“Electronic defamation is also becoming a serious problem and persons who are engaged in this hide behind the anonymity factor in social media platforms. They create fake profiles, although some do it in the open using their real identities and circulate malicious falsehood. Such behaviors will carry a fine not exceeding $100,000 or imprisonment to a term not exceeding three years or both upon conviction of the offender,” he told the House of Assembly.

As it relates to the protection of minors, the Premier said that the Bill will extend the definition of offenses against minors to include things such as inducing or enticing a child through an online relationship with another child or an adult through the use of a computer.

This part of the amendment, the Premier said, is dear to his heart because he knows of incidences and the aftermath of such unfortunate matters.