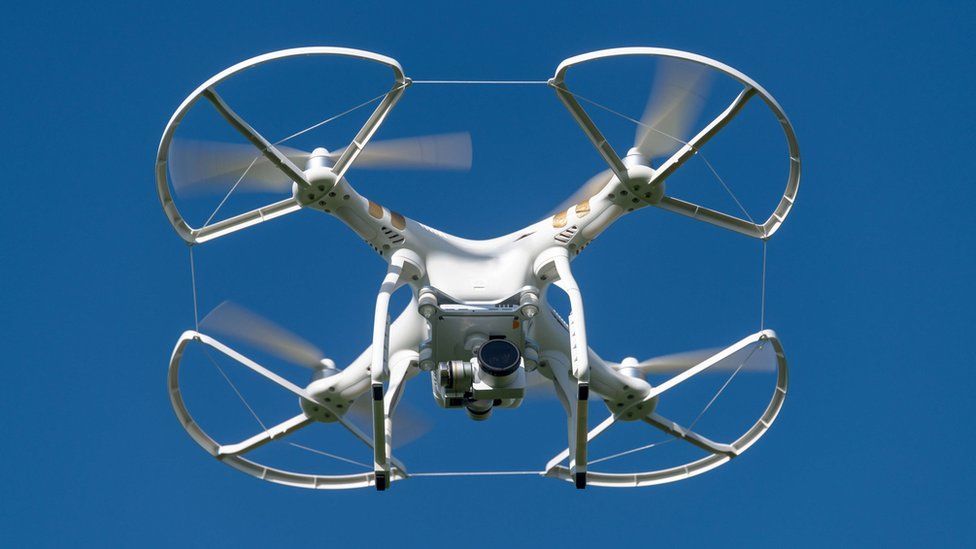 The passenger plane was preparing to land at Stansted Airport and was flying north west of Harlow, Essex, when the incident happened on 13 September.

An Airprox report said "a white object believed to be a drone" appeared "suddenly" and "narrowly avoided hitting the aircraft".

The pilot said they "did not know it did not hit the aircraft". 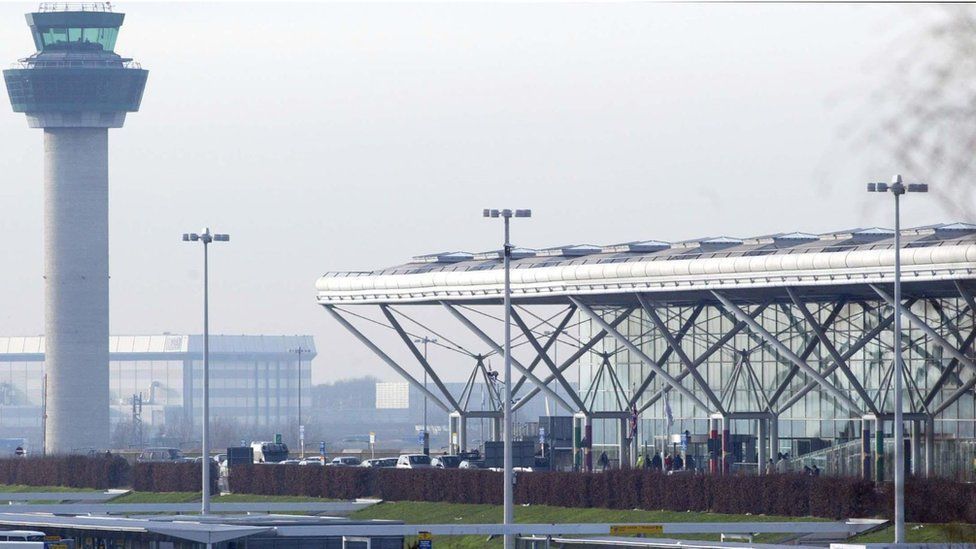 At about 17:23 the pilot reported a drone passing down the left side of the nose cone as they descended at approximately 2800ft (832m).

"It managed to pass without hitting the aircraft," the report said.

"The whole event happened too quickly for any avoiding action to be taken."

The incident was reported to air traffic control who passed the information to other aircraft due to approach the airport.

"There were no further sightings and the aircraft following all landed without incident," the report said.

Airprox rated the incident as the most serious of near-misses, Category A, and the risk of collision was high.