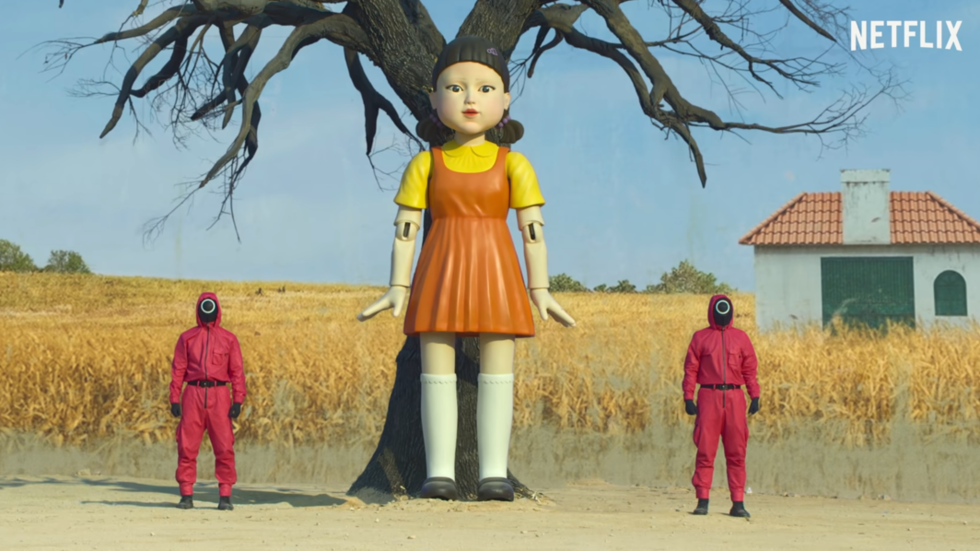 The market value of Squid, a new crypto token based on Netflix’s hit series ‘Squid Game’, has dropped almost to zero after skyrocketing to $2,850 per coin in a day, with investors reporting they are unable to withdraw their funds.
Squid, initially launched last week at just 1 cent, jumped 7,500% from $37 on October 31 to $2,850 per coin on Monday. However, within just a few minutes, the token’s value collapsed to $0.0008, according to crypto-tracking website CoinMarketCap.

Crypto analysts at Gizmodo say such things happen when cryptocurrency creators abruptly withdraw their tokens to cash in on gullible investors, a mechanism called “rug pull” by crypto investors. Squid’s developers have reportedly gotten away with an estimated $3.38 million.

Gizmodo experts also state that Squid was an “obvious scam” from the start due to the fact that the coins could be bought but not sold. The ban on the sale could have been part of anti-dumping protection, but the token’s documentation did not mention any market control mechanisms, the publication noted.

CoinMarketCap reported complaints from investors who could not sell the token, while CryptoPotato wrote that some crypto enthusiasts who invested in Squid were unable to withdraw their money.

Squid creators initially stated that the token would be an exclusive coin of the platform for a crypto game based on the Netflix series. The online tournament was due to start in November. However, now the game’s site SquidGame.cash is inaccessible, and accounts on social networks have disappeared.
Add Comment