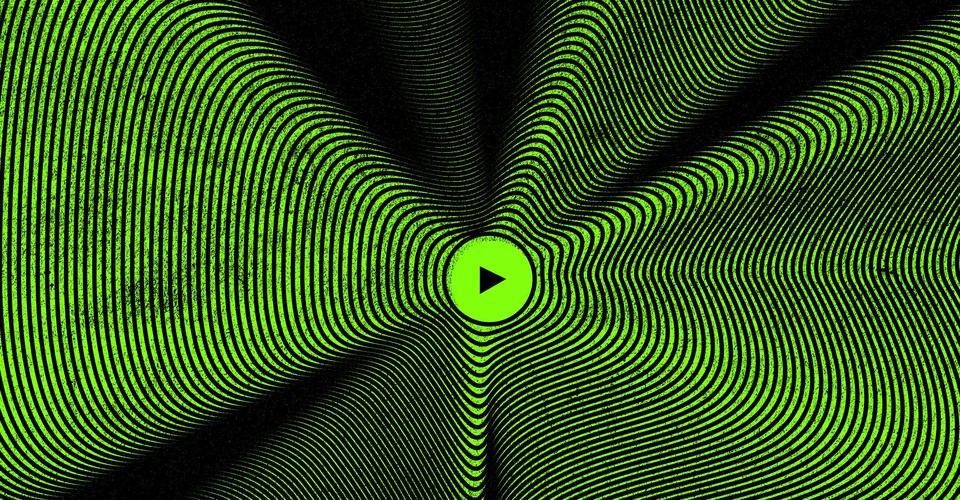 In choosing Joe Rogan over Neil Young, the company has made its new priorities clear to listeners.
The questions that arise in the face of any boycott effort—whether against an unethical retailer, a disgraced performer, or an exploitative employer—can be paralyzing. We live in a world of compromise and wickedness, built of systems guided not by virtue but by profit. So why, the boycotter must be asked, draw the line here? We also live in a world in which individuals rarely ever wield more power than institutions. Can any one person’s resistance matter?

Those questions are, in the case of musicians asking to pull their music from Spotify to protest vaccine misinformation, answerable. They’re doing something significant, and they’re doing something that can make a difference, simply by drawing attention to what Spotify has become: a content publisher whose main incentive to act responsibly will come from public scrutiny.

On Monday, Rolling Stone reported that the 76-year-old rock titan Neil Young sent a letter telling his management team and record label that Spotify would have to choose between hosting his music and hosting the hugely popular podcast The Joe Rogan Experience. Young’s letter was inspired by another letter, signed by 270 scientists, doctors, and other health professionals earlier in January. It alleged that Rogan had broadcast inaccuracies about COVID-19, including by hosting guests who plugged ivermectin as an effective treatment and by portraying vaccines as unnecessary for young people. (Rogan has said that he is “not an anti-vaxx person.”) Spotify, Young wrote, could “have Rogan or Young. Not both.”

Spotify picked the podcaster over the musician. On the Beach, “Old Man,” and most of the rest of Young’s gorgeous, warbling catalog as a lead artist is no longer available to Spotify’s 381 million users (though they can still gently blast Crosby, Stills, Nash & Young). The Joe Rogan Experience, a chat show about such subjects as health and society and mixed martial arts and aliens, remains available. In a statement, the company said that it wants “all the world’s music and audio content to be available to Spotify users,” asserted that it already removed “over 20,000 podcast episodes related to covid-19 since the start of the pandemic,” and expressed regrets about Young’s choice.

Rogan has been, for some years now, arguably the most influential podcaster on the planet. So Young’s move might seem futile, like a man protesting the weather, or self-defeating, like a novelist not wanting to be on the same bookstore shelves as Tom Clancy. But though no perfect analogy exists when it comes to Spotify—streaming is a new and evolving phenomenon—the better way to think of Young might be this: He’s like an advertiser pulling out from Fox News because of its continued reliance on Tucker Carlson.

Spotify, after all, is not a neutral distributor for independently generated works. Though its public statement about Young mentions “balancing both safety for listeners and freedom for creators,” Rogan is not just exercising his liberty to broadcast on Spotify. He is likely enjoying the more than $100 million the company reportedly paid as part of a May 2020 deal that made The Joe Rogan Experience’s past and future episodes available only on Spotify. The podcast is exclusive content—and prominent exclusive content at that.

The company’s deal with Rogan was part of a larger strategic shift whose implications listeners may not fully understand. Since launching in 2008, Spotify has transformed the music world by helping make on-demand streaming a reality for millions of listeners and rescuing the industry’s coffers from a years-long decline. But Spotify pays most of its revenues from songs back to labels and artists and has rarely turned a profit. In 2019, the company announced a new focus on “audio,” meaning recorded books, live chats, and the booming medium of podcasts. Spotify began paying out millions in exclusive deals with such creators as Rogan, the Obamas, Bill Simmons’s Ringer network, and Prince Harry and Meghan Markle.

Spotify’s bet on podcasts has attracted subscribers and ad dollars, but Young’s protest of Rogan highlights one downside of it: Spotify has responsibility for its content, and its content may be controversial. Policing speech is, to be sure, not an entirely new challenge for Spotify. The company has removed racist music and briefly attempted to punish artists who had been accused of personal misconduct. Its recent statement about Young said that it has also taken action against a number of COVID-related podcasts (though the statement didn’t quite spell out why). But when you’ve paid a fortune for a podcast, pulling episodes for any reason is not going to be a routine, or attractive, proposition.

What’s more, the company now finds itself where few companies intend to be: as a figure in the culture wars. For years, musicians have spoken out about Spotify’s technology and business practices, but those complaints have rarely reached the level of visibility that Young’s now have. That is surely because Young is taking a stand on the highly politicized issues of vaccine skepticism, leading conservative commentators to defend Rogan with familiar rhetoric about cancel culture. Competing hashtags such as #SpotifyDeleted and #ThanksJoeRogan are now trending.

Perhaps this is the start of a movement. Last night, Young’s legendary pal Joni Mitchell announced that she, too, wanted to secede from Spotify “in solidarity with Neil Young and the global scientific and medical communities.” The withdrawal of two of the most important living musicians obviously dents the company’s value proposition, but the bigger impact may simply be that an alarm has been sounded. Spotify faces strong competition for capturing the world’s eardrums, and Apple, Amazon, Tidal, Bandcamp, and the local record store can make a new pitch: Spend your dollars on music, not on dangerous nonsense.
#Vaccines  #COVID-19  #vaccine  #Covid

Oh ya 111 days ago
Well lets see. One has 11 million follows and one has tens. Neils account is going to have to find a way to make up that $1.36 a month they will not be getting anymore from Neils 10 listeners

Severin 111 days ago
Well done Neil & Joni for your integrity and for standing up to life-threatening nonsense in podcasts.

Yoda Love 112 days ago
Spotify has more integrity than I thought possible for large tech companies. It's time to see relevant celebrities speak out against censorship and stop using big Tech products and platforms. Wake up people. This is the path to the darkside.
View all comments (3)Add comment