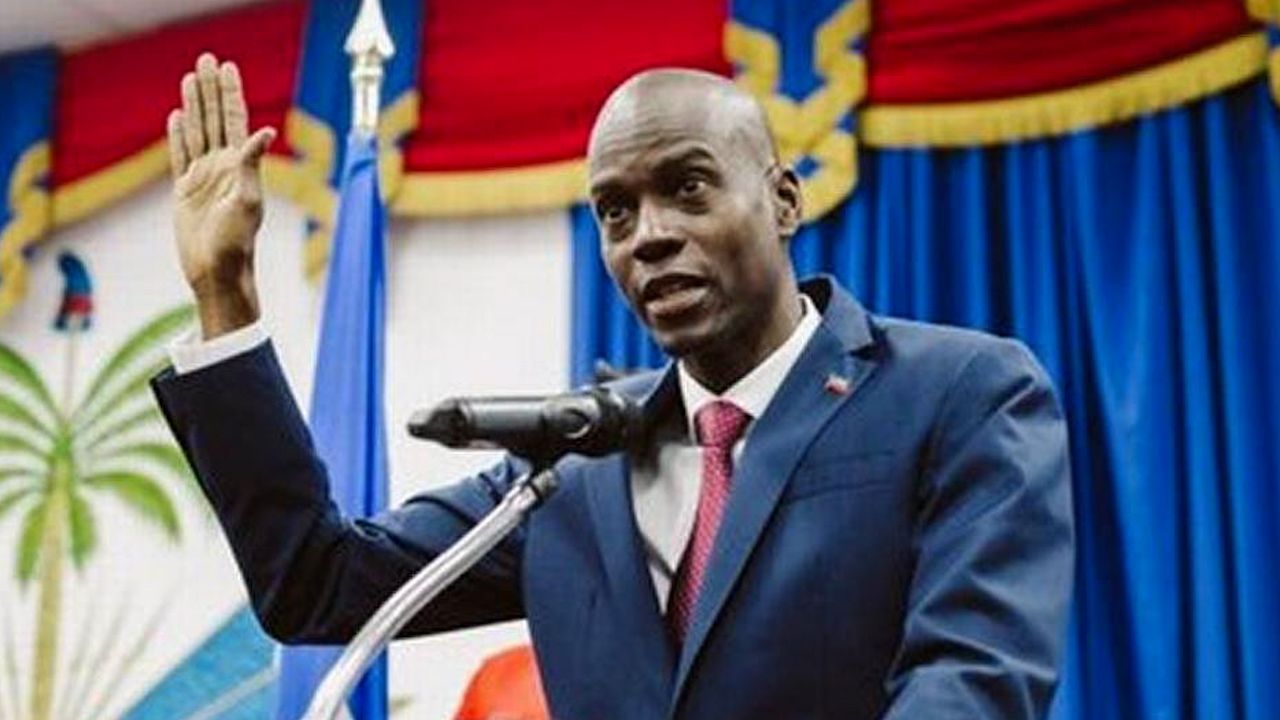 Two South Florida men have been arrested in connection with the assassination of Haiti President Jovenel Moïse, the Miami Herald has learned.
James Solages, of Fort Lauderdale, was identified as one of the assailants by Mathias Pierre, a minister in charge of Haitian elections. Pierre did not say if Solages is a U.S. citizen or a permanent U.S. resident.

In an undated video interview in Creole, Solages, who lived in Fort Lauderdale and is from Jacmel in southeast Haiti, called himself a philanthropist and child advocate who was involved in helping school children from the area where he grew up.

A second man arrested in the assassination has been identified as Joseph Vincent, from the Miami area. He’s of Haitian descent and about 56 years old, according to a source familiar with the ongoing investigation. Pierre said he could not confirm the name of the second suspect because the investigation is ongoing.

Earlier in the day, a crowd in the neighborhood of Petion-Ville, near where the president was killed, captured two foreigners presumed to be involved in the assassination of Moïse, Haiti’s national police chief said.

A video shared on social media shows a crowd pulling two men, one of whom was shirtless and was tied with a rope.

“Advance, advance!” someone is heard yelling on the video as the crowd pushes the two men.

Charles said police killed seven of the assailants during a firefight Wednesday and have arrested six other people suspected of being involved in the assassination.

A large crowd had gathered outside of the police station demanding that the police turned over the suspects.

Police are continuing the search for more suspects, but he did not provide the nationality of any of those in custody. But he said there are both black and white suspects as well as foreigners.

What’s important, he said, is “to find out how they did this.”

While the search for suspects continues, the makeup of the leadership of the country remained in question Thursday.

Claude Joseph, the prime minister who recently resigned his post, said he is in charge and has declared martial law throughout the country. But Ariel Henry, a politician and neurosurgeon who was newly appointed last week by Moïse to be prime minister, claims he’s in charge, even though he has not been sworn in.

“Our support is for Haiti’s democratic institutions and people,” one senior administration official said. “While we recognize acting prime minister Claude Joseph, we continue to make clear the urgent need for a dialogue and elections.”

A second official confirmed that Joseph is viewed as the acting head of state.

The officials affirmed that the United States also supports elections in Haiti “later this year.”

But White House spokeswoman Jen Psaki did not go as far in supporting Joseph during a press briefing Thursday afternoon.

“It is our view and we continue to call for elections to happen this year and we believe they should proceed. We know that free and fair elections will facilitate a peaceful transition of power to a newly elected president and we certainly continue to support Haiti’s democratic institutions,” she said.

“We will call on all political parties, civil society and stakeholders to work together in the wake of the tragedy and echo the acting prime minister’s call for calm. We recognize the democratic institutions of Haiti, and we are going to continue to work with them directly, but we have been calling for elections this year and we support those proceeding.”

Not everyone in Haiti supports the view that Joseph is the legitimate leader of Haiti. On Thursday, members of the country’s civil society and opposition political parties gathered at a hotel in Petion-Ville to come up with a political accord in hopes of ending the confusion and conflict over who is in charge.

Magalie Comeau Denis, a former minister of culture and coordinator of a recently formed Commission to Find a Haitian Solution to the ongoing political crisis, said Joseph cannot be the legitimate prime minister because he had already resigned. She congratulated the person she said is the new prime minister, Henry.

Joseph “was formally fired by a presidential decree,” Denis said. “And the government in question is not his. ... The intentions of the de facto president was to give the job to someone else.”

Joseph, she added, was a foreign minister acting as an interim after the resignation of former Prime Minister Joseph Jouthe.

Denis said civil society gathered Thursday to reach a political accord to designate who will take charge of the transition, “because we have to get out of this division of Ariel Henry, Claude Joseph that’s putting the country in an unnecessary conflict.”

While Denis envisioned a third person, some in attendance were hoping to gather support behind Henry in hopes of having more say-so in how Haiti will be governed in the coming months.

Henry told the Miami Herald that he’s confirming that “I am not the acting. I am the prime minister.”

The Biden administration, he added, is misinformed. “The information they have is inaccurate,” he said.

There is a third politician vying for the job: Joseph Lambert, the current head of the only constitutional institution in the country, the Senate, which has been reduced to 10 members.

Oh ya 448 days ago
When you hear the word Haiti and children so called help groups can you also hear the name bill and hillary. There seems to a talk about that
View all comments (1)Add comment