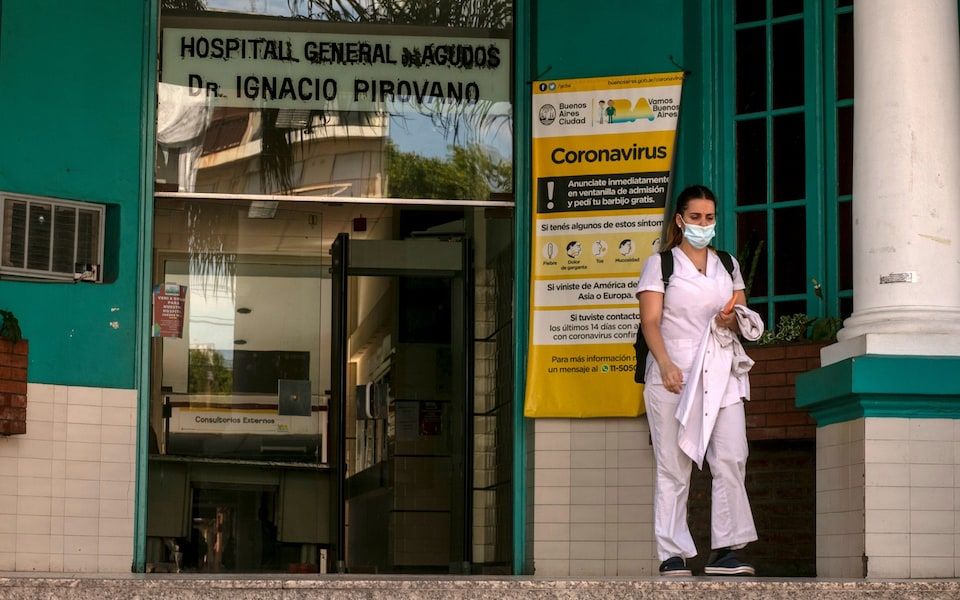 South America is now better vaccinated than the European Union

South American countries including Chile, Argentina and Brazil have now vaccinated a higher percentage of their population than the European Union.

The geographic region, which includes all countries south of Panama, is now – on paper at least – the best vaccinated in the world.

According to Our World In Data, a pandemic research project at the University of Oxford, 76 per cent of South Americans are partly vaccinated, compared to 73 per cent of the population in the European Union.

The UK is on par, with 76 per cent of people having received at least one vaccine.

The success of previous inoculation campaigns, like the fight against yellow fever and measles, explain the region’s success, experts say. 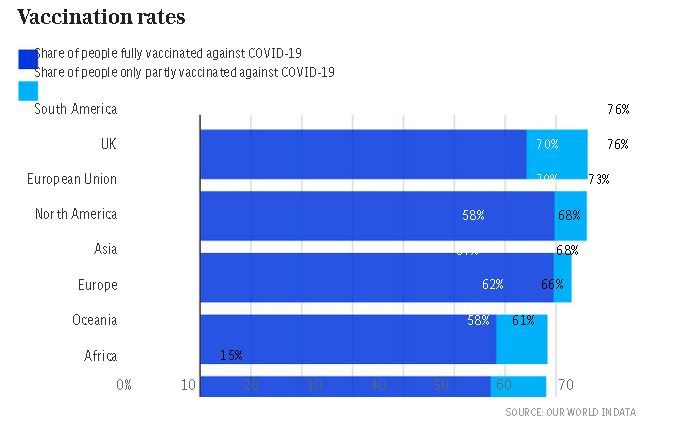 It meant strong vaccination infrastructure and communication strategies were already in place, according to Dr Jarbas Barbosa, the assistant director of the Pan American Health Organization.

He said: “From the beginning, the main problem was access to vaccines. We have a strong tradition to organise large vaccination campaigns. When we started receiving the vaccines we vaccinated very, very fast.”

He added that South American countries focused on a “comprehensive communication strategy, and monitoring fake news”. They have used a mix of European, Chinese and American jabs.

Dr Barbos also said high death rates and crippling poverty in 2020, as a consequence of Covid, meant people were eager to get vaccinated. Peru, for example, has the world’s highest Covid-19 death rate – 624 per 100,000 people.

The South American region lagged behind others in January 2021, as North America, Europe and Asia started their inoculation drives first. It was only in November that South America hit the top of the tables for first doses. 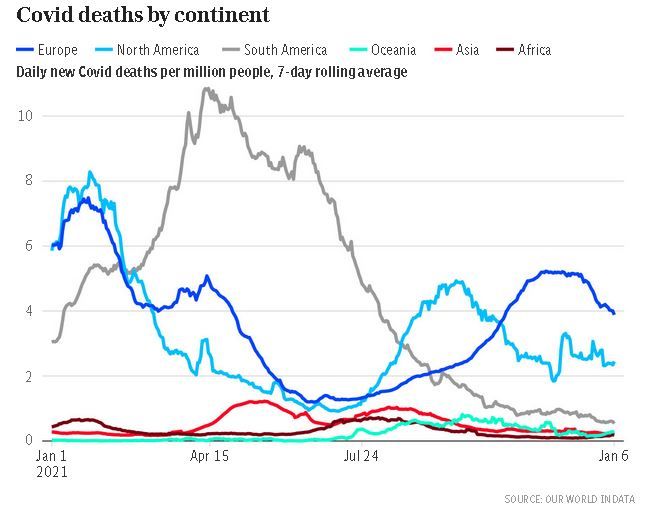 Some of the most populated countries pull up the region’s average: Chile at 90 per cent, Argentina at 84 per cent, and Brazil at 78 per cent. These countries have some of the largest populations in the group – 19 million, 45 million and 212 million respectively.

But not all of the countries have vaccinated their populations to such a high degree. Bolivia and Guyana have only vaccinated half.

South America’s high vaccination rates have been praised for keeping deaths low in the latter half of 2021.

However, experts are concerned about the threat of omicron to the region, as cases have begun to soar after a lull in recent months.

On Thursday, Argentina reported a record number of Covid-19 cases at nearly 110,000, Peru tightened curbs once more, and Chile announced it will start administering a fourth Covid vaccine dose from Monday, as the country recorded its highest number of daily cases in six months.