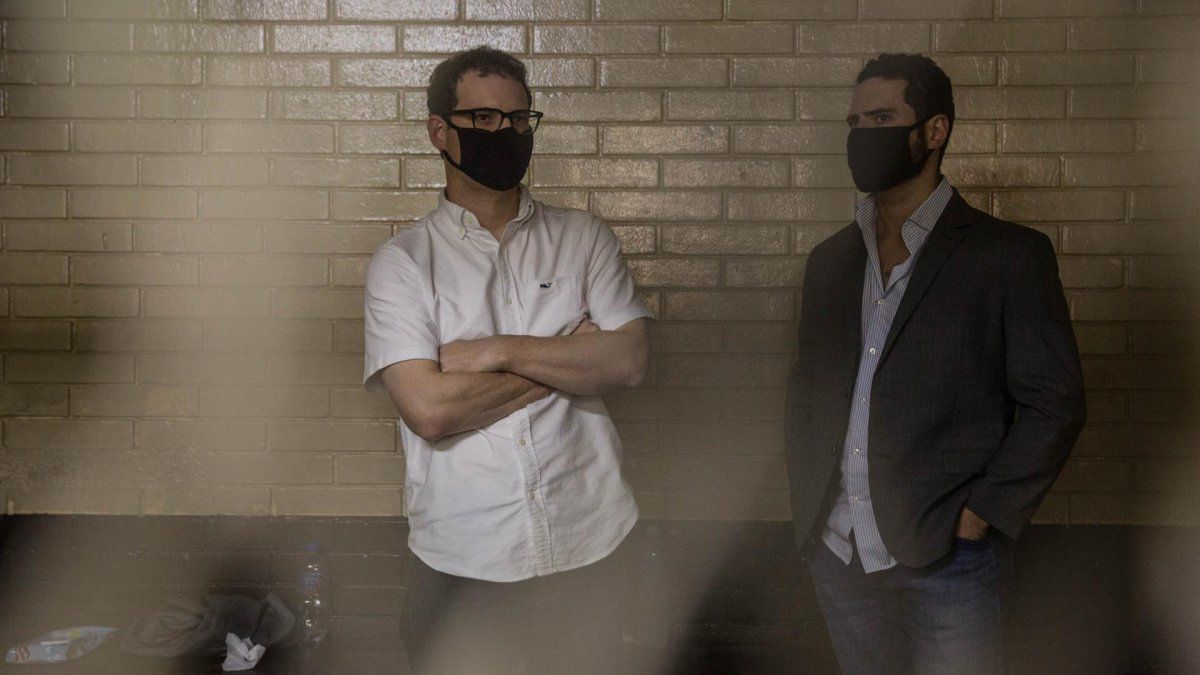 Last week, authorities thwarted an alleged escape plan by Martinelli's sons with a strong security device at the prison.
The brothers Ricardo Alberto and Luis Enrique Martinelli Linares, sons of former Panamanian president Ricardo Martinelli (2009-2014), were detained in Guatemala for a year on Tuesday, under an extradition process to the United States, whose justice requires them for alleged money laundering.

Martinelli's children were arrested on July 6, 2020 when they sought to travel to Panama, in a private plane, after almost a year in unknown whereabouts, and since then they have been in the prison of the Mariscal Zavala military barracks, northeast of the City from Guatemala.

Last week, the authorities allegedly thwarted an alleged escape plan by Martinelli's children with a strong security device in the prison and also a search in the prison.

Due to this, both were transferred to a cell with greater surveillance outside the "VIP" sector, but within the same maximum security prison, the spokesperson for the Penitentiary System, Jerónima Álvarez, told Efe on Tuesday.

In this year, dealing with the children of the former Panamanian president has meant for the Penitentiary System "to have the eyes of the world on top", which means "a double responsibility, for which (the Martinelli Linares) have to be well guarded to avoid circumstances such as the one that was going to take place last week, "said Álvarez regarding the alleged escape plan.

The treatment of Panamanians, however, "is and has been normal, as with all those deprived of liberty, but since they are not Guatemalans, the responsibility is threefold," the spokeswoman said.

For the alleged escape plan that caused the change of sector in the same prison to the Martinelli Linares , the former director of the penitentiary was also criminally denounced, Álvarez mentioned, adding that the investigation was carried out by "international agencies.

ONE YEAR IN GUATEMALA

The Martinelli Linares brothers have been imprisoned in Mariscal Zavala for a year, during which time their respective extradition processes, separated into two different courts, continue to be carried out.

Meanwhile, the Panamanians' lawyers assure that their capture should never have been registered because both were elected in 2019 as alternate deputies of the Central American Parliament.

However, Martinelli's children were not sworn in, so the Guatemalan justice system has not validated their status as alternate deputies, despite multiple legal remedies filed in this regard.

In the case of Luis Enrique, the Fifth Criminal Sentencing Court ordered his extradition to the United States on May 25, waiting to be finalized also despite several legal requests from his defense to prevent it.

In the case of Ricardo Alberto, it is still pending for the Third Criminal Sentencing Court to decide whether to grant the extradition or not, since there are still other appeals filed by his defense before an Appeals Chamber, which follow the line of argument of his quality. diplomat.

The United States requested the arrest of the Martinelli Linares brothers due to the alleged crime of money laundering during their father's tenure in a corruption case linked to the Brazilian construction company Odebrecht.

According to the indictment of the District Attorney for the Eastern District of New York, the Martinelli Linares are responsible for the crime of conspiracy to commit money laundering and two crimes of concealment of information for that purpose, between 2009 and 2015, for figures of less than one million Dollars.

The Mariscal Zavala prison has more than 250 high-profile prisoners in its facilities, such as former president Otto Pérez Molina (2012-2015), accused of corruption, or soccer player Marco Pappa, arrested for domestic violence.
Add Comment