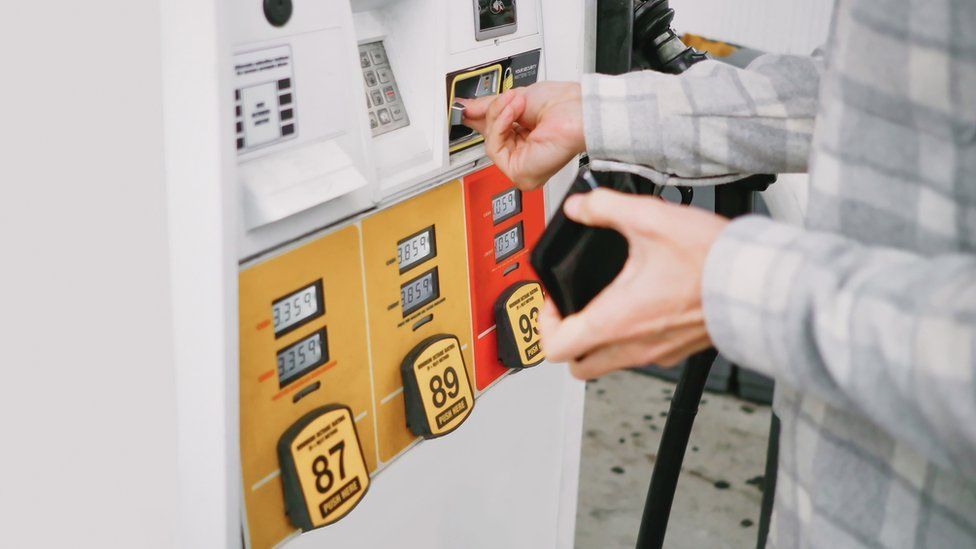 Some Americans are going to Mexico for cheaper petrol

As petrol prices across the US continue to rise, Americans are looking for cheaper ways to fill their tanks - and some are even seeking deals in another country.

In the US state of California, which consistently ranks among the highest in the nation for petrol prices, some are heading across the US-Mexico border in search of savings.

Even before Russia's invasion of Ukraine in late February, the cost of gas in the US was ticking upwards. According to the US Department of Labor, petrol prices rose 40% from January 2021 to January 2022.

Russia is the world's third-biggest oil producer and the conflict sent petrol prices soaring in the US and elsewhere. Earlier this month, the average cost of a retail gallon of gasoline hit $4.33 (£3.31) - reaching 14-year highs - according to the American Automobile Association (AAA).

The average price of petrol in California is currently $5.91 per gallon and $4.24 per gallon nationally, AAA data says.

It's a different story in Mexico, where earlier this month President Andres Manuel Lopez Obrador promised to control petrol prices by subsidising fuel.

On TikTok, Julio Vaquero, a resident of San Diego, just 17 miles (23km) from the border, posted a video showing how he filled up his Honda Civic in Tijuana for $40.

He told the BBC that one week later it cost him $70 to fill up in California.

Mr Vaquero lives about 20 minutes from Tijuana and tends to visit every other month, but he said if prices keep going the way they are, he's going to start making weekly trips to Mexico for cheaper petrol. 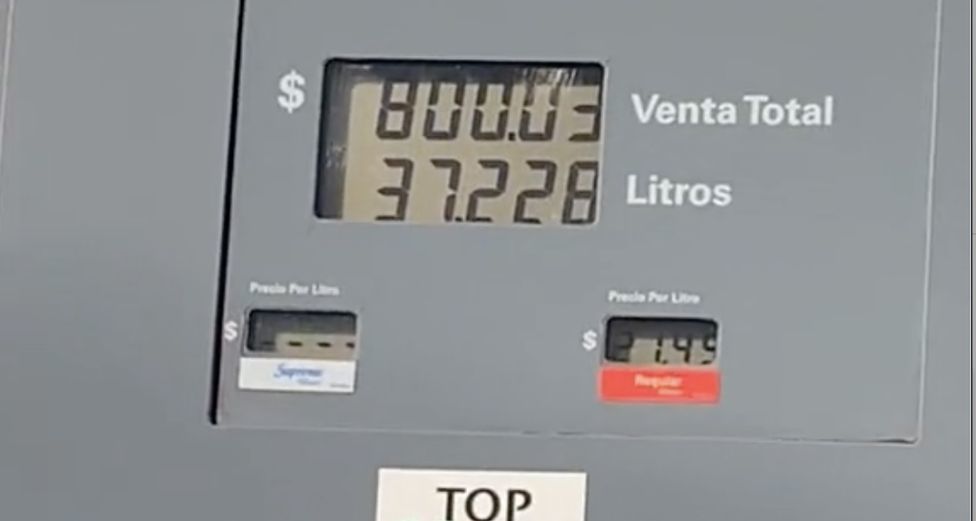 The cost to fill up Julio Vaquero's Honda

When he calculated the gallon price, he said $3.75 per gallon at a Chevron in Mexico was a steal compared to nearly $6 per gallon in San Diego.

The price at Pemex, a state-owned Mexican company, he noted, was even cheaper at $3.30 per gallon.

Another southern California resident, Ken Barnes, told the BBC that while he and his wife don't currently make specific trips to Mexico for gas, they do "purposefully avoid filling up in the US before leaving".

Mr Barnes lives about 20 miles from the border, but he said that if he has plans to go to Mexico, he is sure to "cross the border, then fill up".

The couple is also relying on their electric vehicle more, he said.

Despite the high prices, demand for gas has still risen nationally, according to GasBuddy, which provides real-time petrol price updates, It rose 2.9% in mid-March, though why demand has risen is unclear.

For people looking for a deal, Patrick De Haan, head of petroleum analysis for GasBuddy, said driving further for lower-priced petrol can pay off - but it all depends how much cheaper it is and how far you need to go to find the savings.

Mr De Haan also cautioned about the time investment of crossing the border twice, saying it might not be "worthwhile unless you have a massive tank, such as an RV". GasBuddy recommends limiting fuel consumption and driving in a way that maximises fuel efficiency instead.