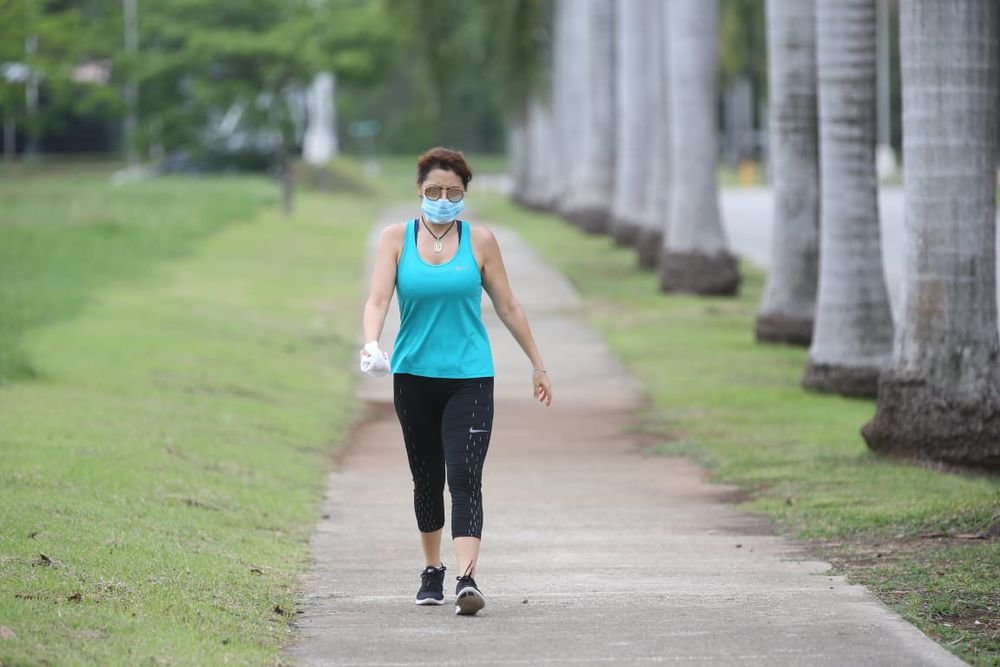 On Monday, May 18, exercising outdoors was allowed for the first time since the imposition of absolute confinement in Panama.

Women, who were allowed in the first shift, left their homes to exercise after almost two months after the quarantine for the pandemic was established. In Costa del Este, for example, several ladies were observed running and walking. Some were accompanied by their young children.

The first athletes were seen in the streets in the morning hours. As the day passed, the sun exposure and the heat, the number decreased.

Over the weekend, Minsa recalled that outdoor activities could only be done no more than 1 kilometer from home, individually without physical contact, and respecting the departure time, according to the latest ID number and gender.

Women can go out on Mondays, Wednesdays and Fridays. While men's turn is on Tuesday, Thursday and Saturday. Sunday is a total quarantine day.


Different sectors of society, who agree on the need for outdoor exercise, ask that the measures would be adapted to the reality of Panama's tropical climate.

The country maintains one of the strictest confinements on the American continent.

"Many countries with excellent public health systems have balanced the risk vs. benefit by allowing their citizens to go out and exercise", said cardiologist Jorge Motta, former director of the Gorgas Memorial Institute.

In the other countries, with the exception of El Salvador and Peru, it is allowed to carry out outdoor exercises as long as it is done individually and practicing social distancing.

The decision adopted in Panama restricts the permission to leave only at a specific time slot that is allocated based on the last number of the ID.

The authorization to leave home in Panama is limited to the two hours previously authorized to do all kinds of errands, three times a week.

People over 60 are allowed to go out from 11 am to 1 pm to exercise outdoors. However, the other option is not to exercise, something extremely dangerous for the population after almost two months of home confinement.

"One of the suggestions of the world's doctors in this health crisis is exercise", a lawyer Zoila Correa tweeted.

“Couldn't you consider leaving to exercise daily from 5 am to 9 am? This schedule not only contributes to mental and physical health, and to clearing the home lockdown, but at that time no one is going to socialize, get together or have drinks”, said Fernando Berguido, also a lawyer.

For Berguido, allowing individual exercises early in the morning would not only be healthy but productive. "I think it would be a relatively easy measure to enforce, simple, but with a huge impact on the mood of the population."

Dr. Xavier Saez-Llorens, one of the medical advisers to the Ministry of Health in the Covid-19 crisis, replied that he agreed with the suggestion.


Dozens of citizens have expressed through social networks their discomfort at the confinement and the imposed schedules.

Complaints of exercising in the sun and the humidity of our climate increase among those who can only go out after 10 in the morning. "I can not imagine anyone running at 11 am or 1 pm with the heat in Panama", said Kerem Perez.

Dr. Motta himself confesses that it is his turn to leave at 12 noon "when he could perfectly and with very low risk exercise at six or seven in the morning."

Citizens also indicate that it is impossible, in two hours, to go to the market, pharmacy, run errands, take the children out and, in addition, manage to exercise.


Dr. Motta, who also has a master's degree in Public Health, questions the basis of the existing restrictions. "This restriction is typical policy that tries to create the evidence – and not an evidence-based policy."

Pediatrician Pedro Vargas has also agreed to adapt the measure, insisting on the need to include children so that they can also go out with their parents: "The Minsa has the capacity for good sense, but is under pressure due to uncertainty. Other levels of the State, without sanitary training and perhaps still with a trace of due obedience, should not be allowed to unmark what has been scientifically proven and appropriate for people."