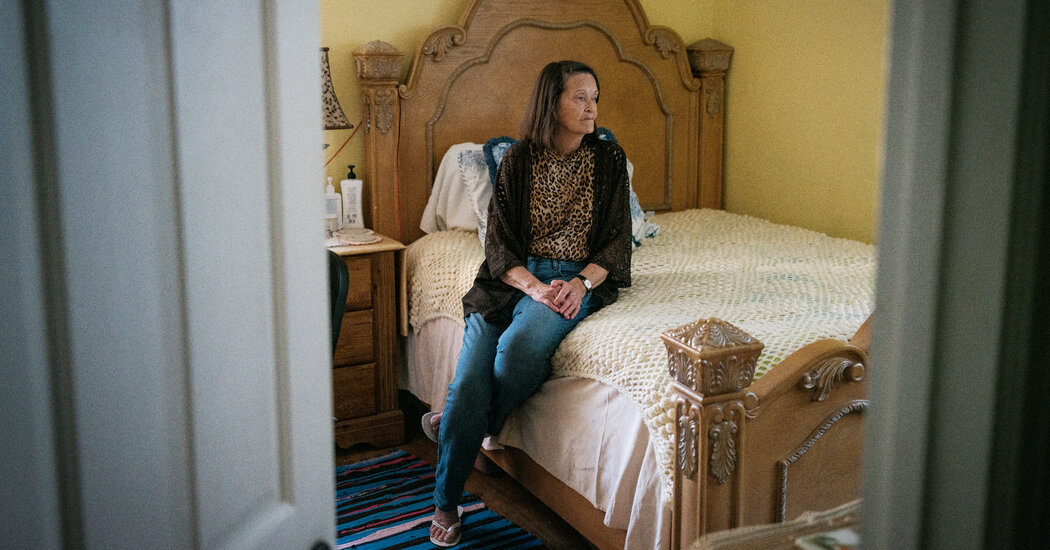 Social Security Seemed Like a Future Problem. The Virus Changed That.

Even before the pandemic, Social Security’s finances were under growing pressure. The next president and Congress will play a crucial role in what happens next.

Social Security has always seemed like a future problem, with experts long predicting a benefits squeeze in the decades ahead. But the coronavirus has put tens of millions of Americans out of work, and economists are predicting that the recovery will take years.

That means the future is now.

If nothing is done to shore up the program, all benefit checks will need to be cut by roughly one-quarter in perhaps 11 years - or, if the recession is protracted and severe, maybe even sooner.

“We thought we had more than a decade, and now it could be less than a decade,” said Kathleen Romig, a senior policy analyst at the Center on Budget and Policy Priorities. “That makes a big difference both psychologically and in policy terms.”

The pandemic has hastened the cash crunch’s arrival by wiping out jobs and the payroll taxes - Social Security’s dedicated source of revenue - that they provide. Fewer people are paying into the retirement trust fund, and the longer they’re out of work, the deeper the problem becomes. (Even more pressing may be a fix for Social Security’s disability program, which has a trust fund of its own. A report issued by the Congressional Budget Office last month projects that fund could be exhausted in 2026.)

Despite such grim projections, Social Security hasn’t received a lot of attention during the presidential campaign, given everything else going on. But whoever wins next week will have little choice but to stretch out his hand toward the third rail of politics. And both candidates have offered ideas that could significantly shift how Social Security works.

President Trump hasn’t released a proposal, but he has said he wants to eliminate the payroll tax - Social Security’s lifeblood - as an expansion of the temporary holiday enacted by executive action over the summer. (Few companies have stopped collecting the tax, which would have to be repaid in 2021.)
“At the end of the year, on the assumption that I win, I’m going to terminate the payroll tax,” he said in August. Instead, he said, he would pay for the program through the general budget, which could count on “tremendous growth.”

Mr. Trump has stated this on more than one occasion, but Sarah Matthews, deputy White House press secretary, said the president meant only that he wanted to forgive the taxes deferred under his order.

“President Trump will always protect Social Security, as he has stated numerous times,” she said.

Policy experts are highly skeptical that the payroll tax could be eliminated; it would require congressional action and be politically difficult. But if it happened, Social Security would have to compete for funding in a way it hasn’t before.

“We have a very crowded budget as it is,” said Shai Akabas, economic policy director at the Bipartisan Policy Center. “And having Social Security in the mix with everything else puts the program at risk in the future.”

Joseph R. Biden Jr., the Democratic nominee, has released a proposal that’s more moderate than many offered by his party’s progressive wing. But it would nonetheless make fundamental changes.

Mr. Biden proposes an expansion of the payroll tax, but only on the highest-earning Americans. Currently, the payroll tax - 12.4 percent, split between employees and employers - applies to the first $137,700 of a worker’s earnings. Under Mr. Biden’s plan, high earners would also have the tax assessed on their earnings above $400,000. (Because the $137,700 threshold rises over time, eventually all income up to $400,000 would be subject to the tax - in about 30 years, the Urban Institute estimated.)

For decades, the amount a worker pays into the system has factored into how much they ultimately receive in benefits. But Mr. Biden has suggested that higher earners might not get anything in return for the added tax they pay, a change that would break a link that has been in place since the program began. The issue is still being studied, however, and no decision has been reached.

“A key principle of social insurance in general - and the Social Security program in particular - is that contributions are linked to benefit calculations,” said William Arnone, chief executive office of the National Academy of Social Insurance, a nonpartisan group of social insurance experts.

Mr. Biden’s plan also proposes more generous benefits, including a new minimum benefit for new retirees equivalent to 125 percent of the poverty level, or $15,950 in 2020. He would also allow certain caregivers unable to work full time to earn Social Security credits. Those provisions and others would immediately lift more than 350,000 beneficiaries out of poverty, according to a recent analysis by the Urban Institute.

Even with the tax on high earners, Mr. Biden’s proposal would buy the program only an additional five years of solvency, according to the Urban Institute analysis, though it would soften the benefit cuts that would be necessary if further changes weren’t made.

Mr. Biden’s policy advisers, however, said the proposal was something of an opening bid. “The vice president’s financing proposal shows how he would protect and increase benefits for all Social Security recipients while making a down payment on long-term solvency,” said Gene Sperling, an outside adviser to Mr. Biden and a former national economic adviser to Presidents Bill Clinton and Barack Obama.

Just about every American has something at stake, or someone close who does: Roughly 178 million workers contribute to the program, and, this year, an estimated 45.8 million retirees will receive nearly $70 billion in benefits - the average monthly check is about $1,500 per month, according to the Social Security Administration.

Under current law, retirement benefits can come only out of the trust fund, which will be depleted by 2034, according to Social Security Administration estimates that do not take the pandemic into account. At that point, taxes collected will be enough to pay only 76 percent of benefits. (A Congressional Budget Office report from September predicted the trust funds would run out in 2031; others, including the Bipartisan Policy Center, project it could be sooner.)

The cost of inaction is serious, Mr. Akabas said, because as insolvency creeps closer, the changes necessary will become increasingly painful - tax increases will need to be greater, any cuts more severe.

“The longer we wait to fix the problem,” he said, “the fewer people who can play a role in the solution.”

Joyce Welch, a 73-year-old retiree in Sacramento, subsists on Social Security alone. A single mother who raised two sons, she worked full time for most of her life. But her health started to decline roughly 15 years ago because of an undiagnosed autoimmune disease, and within a couple of years, she had to retire from her job as a site supervisor and family consultant at a caregiver support center in Los Angeles.

Ms. Welch paid $800 a month to extend her health insurance through COBRA, which she funded with retirement savings that quickly dwindled because of early-withdrawal penalties. She eventually applied for Social Security Disability, and moved in with her youngest son.

“I lost my home, my life savings and my independence,” she said.

Her Social Security retirement check of $1,370 is deposited on the third of each month, and she shops for the month at Costco and a local food co-op. By the 15th - after paying for her share of rent and other expenses - Ms. Welch has just a few dollars left.

Without the program, she’d have nothing. “What happened to me,” she added, “is not unique.”