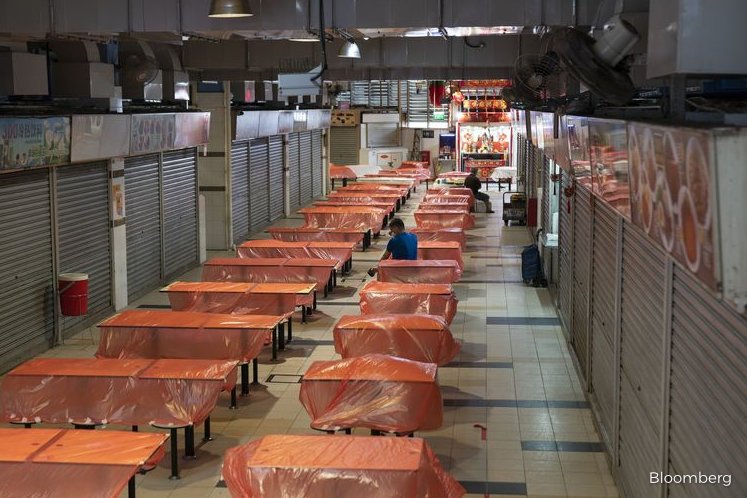 Singapore - which has one of Asia’s smallest populations - is emerging with the region’s highest number of coronavirus cases after the world’s two most populous countries. The island-nation reported 931 new cases on Sunday, with the total number of infections exceeding 13,000, overtaking Japan. Only China and India have more cases in Asia.
The majority of infections remain among migrant workers living in close quarters in dormitories, presenting a major setback to Singapore’s early success in containing the spread of the virus. Its citizens and permanent residents made up just 15 of the new cases, the government said in a statement Sunday.

Last week, the city of about 5.7 million people extended its version of a lockdown by a further four weeks until June 1 to contain the outbreak. Known as a “circuit-breaker,” the measures include keeping schools shut, closing non-essential businesses and confining foreign workers in their dormitories.

Singapore is bracing for a sharper economic contraction this year than an earlier forecast of a slump of as much as 4%, as the coronavirus pandemic continues to spread globally and disrupts supply chains. The city-state is “very likely” to see a steeper fall in GDP, Trade and Industry Minister Chan Chun Sing said in an interview on Thursday, as the global outbreak leads to a “more serious problem” than anticipated a month ago.

Still, none of the cases from the latest outbreak at dormitories required intensive care because the migrant workers are generally young and symptoms were mild, Prime Minister Lee Hsien Loong said April 21.

The country -- smaller in size than New York City - also has one of the lowest death rates from the pandemic with a total of 12 fatalities.
#Coronavirus
Add Comment