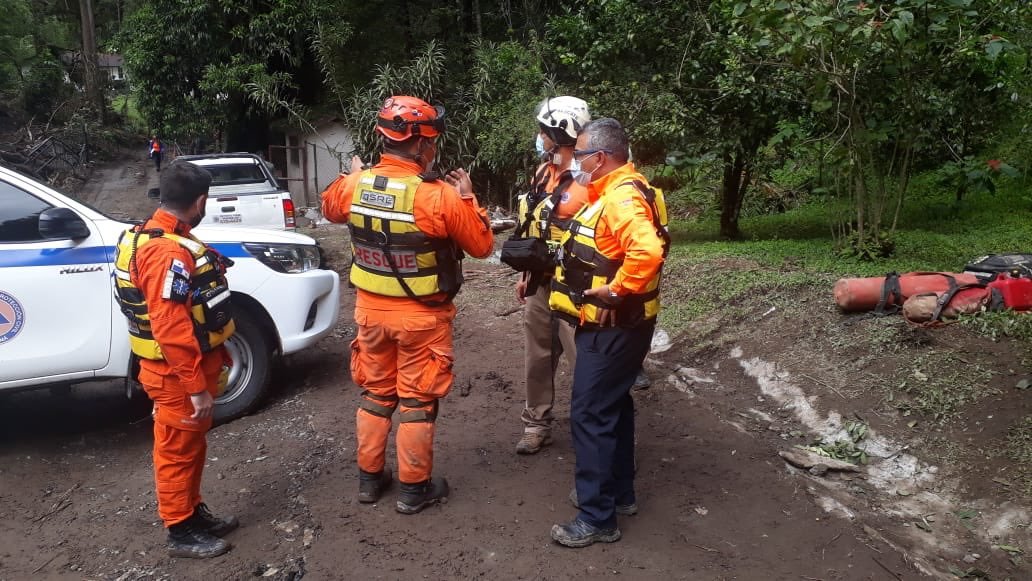 Sinaproc have located 30 people who were on the 'missing' list

The latest report from the National Civil Protection System (Sinaproc) revealed that in Chiriquí and Bocas del Toro there are 32 people not located and 3,843 people in about 30 shelters. To this must be added 17 deaths and 177 rescues of people who were isolated in their communities.
Until yesterday, Sunday, the number of "not located" people was 62. However, the authorities specified that 30 people were located in shelters.

Carlos Rumbo, director of Sinaproc, stressed that yesterday Hydrometeorology of the Electricity Transmission Company (Etesa) issued a "warning notice" for possible increased rainfall in the next few hours, after the displacement of a tropical wave in the Caribbean.

Rumbo stated that the early warning systems for Chiriquí, Bocas del Toro and Veraguas are being maintained, which could be the most affected places.

We are waiting for more information to send the prevention notice to these places, he said.

The director of Sinaproc was asked if the early warning systems were not activated during the heavy rains last week and his response was the following: Let us remember that this was a natural situation and all the countries of the world are prone to these disasters. Sinaproc is carrying out its response work in the community.

Regarding the issue of Covid-19 in shelters, the official said that the Ministry of Health and the Social Security Fund are involved in biosecurity issues.

He also reported that all tourists have already been evacuated in disaster-prone areas.