Signal Is Down Now, Because of Millions of New Users Joining

Signal has seen millions of new users joining up in the last week.

Signal is facing an outage globally — thousands of users are reporting errors to site status tracker DownDetector, and Gadgets 360 confirmed this for ourselves as well. Although you can open the app and send messages, nothing is actually being delivered right now. The issues seem to have started about one hour ago at 8.30pm IST on Friday, and appears to be a global outage.

[Update 11.50pm, January 15 - Signal has sent Gadgets 360 a message with the following statement from its COO Aruna Harder: "We have been adding new servers and extra capacity at a record pace every single day this week, but today exceeded even our most optimistic projections. Millions upon millions of new users are sending a message that privacy matters, and we are working hard to restore service for them as quickly as possible."]

If you open Signal right now, you will see a new banner which explains that the app is facing some technical difficulties, although there are no additional details in the banner as of now. However, it does say that the team is working to restore service as quickly as possible.

The company has now confirmed that the issue has to do with the huge number of users who have been signing on to Signal, as people are moving away from WhatsApp in droves after it announced a new privacy policy, and said that if users did not accept, then their accounts would have to be removed. Signal was downloaded by 17.8 million users over the past seven days, a 62-fold rise from the prior week. Brian Acton, who co-founded WhatsApp before selling it to Facebook and then co-founding the Signal Foundation, said that the expansion in recent days had been "vertical".

India is one of the markets where Signal has added a huge number of new users, so it's not surprising that Acton said in an interview with NDTV, "what's really awesome is India is such a strong representation of the world that if you build for India you build for the world."

WhatsApp announced its policy changes on January 6, where it more clearly talked about data sharing with Facebook, and also gave users no choice about this. The company would later clarify that the latest change didn't affect the privacy of messages sent to friends and family in any way, and was aimed at business accounts. However, this, along with the App Store showing privacy information for different apps made people worry about how safe it was to use WhatsApp. 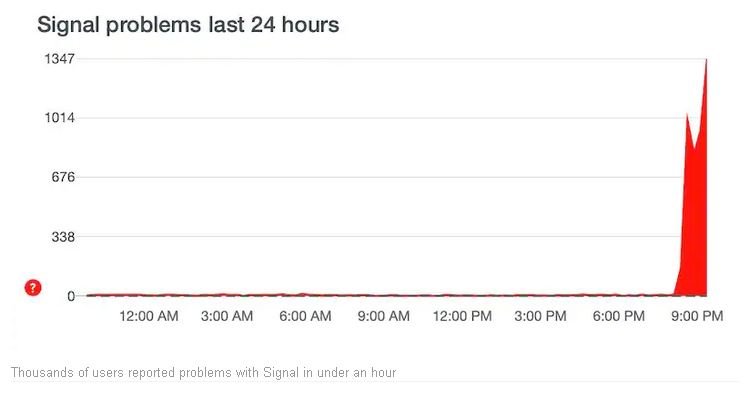 Both Signal and Telegram have seen a huge influx of users as a result, with Signal becoming the number one messaging app in many markets. A tweet by Signal CEO Moxie Marlinspike from earlier in the week had noted that the entire small non-profit team at Signal was working late nights and weekends to keep Signal running.

Signal's Acton also said the company was working to improve its video and group chat functions, allowing it to compete better with WhatsApp, Microsoft Teams, and other conferencing apps that have become vital to day-to-day life over the past year. Signal is looking to hire more staff as it seeks to bolster the service and supporting infrastructure, he added on Wednesday.