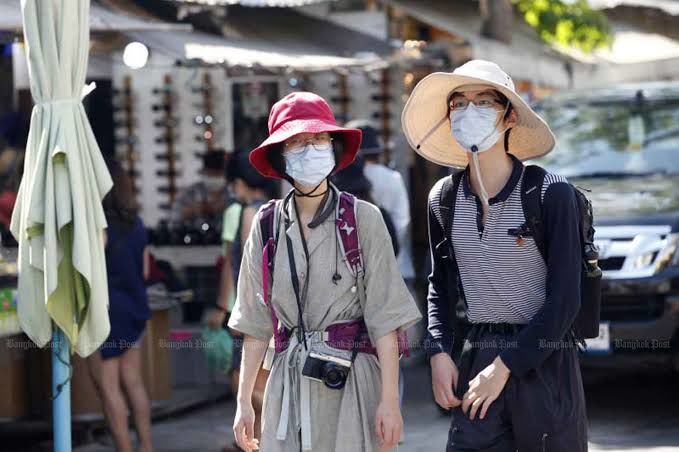 It started in December 2020 with reports that Indian tour operators were eying up trips to London or New York to transport guests to parts of the world where they could get a Covid-19 vaccination.
For the equivalent of $1,777 per person, travelers would stay in isolation for as long as would be required, then visit a health center for the Pfizer BioNTech vaccination, the cost of which would be included in the package itself. Guests would have a small tour of the city before returning home to India.

Tour operators were also looking at heading to Russia for the Sputnik vaccine.

Then came reports of a wealthy Canadian couple disguising themselves as hospital workers to receive a Covid-19 vaccination after chartering a private jet to head to Beaver Creek, population 100, mostly indigenous White River First Nation members. The New York Times reported then on wealthy stock brokers and executives calling doctors, asking if they could pay $20,000 to get to the top of the queue for Covid-19 jabs.

Around the same time, Florida’s governor signed an order to prioritise vaccinations for over 65s, without a requirement to actually live in the state; as a consequence, many wealthy Americans, including Time Warner chief, Richard Parsons, flew into Florida from other states to jump to the top of the queue. NBC 6 South Florida reported that the state received vaccine tourists from Brazil and Argentina too.

One Florida-based travel agency is now running trips to Israel (for Israeli nationals, the only people currently allowed in) for the under 65s. Roy Gal, the owner of Memories Forever Travel Group told Fox 35 News that people in their 30s and 40s are entering the mandatory 10-day quarantine upon arrival in Israel, then hitting the vaccination centres at the end of the day. Gal said the tourists "wait until the last hour and they have lots of vaccines that they haven't provided to people and they don't want it to go to waste, so they literally go outside and yell, you know, 'Vaccines if anyone wants it!' and they just go in and get vaccinated.” Gal’s clients are paying $850 for round trip tickets then about $2,000 a month to rent a house for about two months from quarantine to the second shot before they take the return flight home.

At the beginning of February, The Guardian reported on how the Knightsbridge Circle, a “travel and lifestyle service” that charges members a £25,000 yearly fee, was advertising Covid-19 vaccine trips to the Emirates for any members over the age of 65. The alleged deal offers members the Chinese Sinopharm Covid-19 vaccine and the founder Stuart McNeill told The New York Times that the club had received 2,000 applications for membership since the deal was advertised.

Dubai has recently launched an appeal for digital nomads to come work in Dubai for a year “to live and work near the sea” with the added bonus that all residents of the UAE receive a Covid-19 vaccination.

Les Echos reported that Cuba has also taken the light-hearted route for its advertising campaign, offering up “the beach, the Caribbean sea, mojitos and a vaccine” to people willing to go to Cuba; the country hopes to produce 100 million doses of Soberana 2 to vaccinate people in the first half of the year.

Meanwhile, however, The New York Times reported that many Americans are still seeking to travel overseas for medical tourism, despite the pandemic, to undergo treatment for sickness or illnesses that they cannot afford to treat in the U.S.