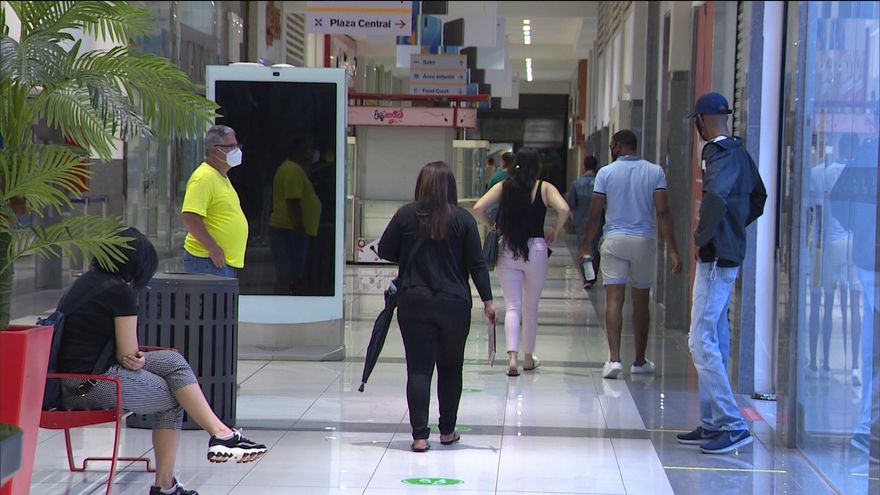 Shopping centers will reopen on Sundays

With the lifting of the total quarantine on Sundays, the shopping centers will reopen their doors to the public this day of the week.
Erick Zamora, spokesman for the Association of Shopping Centers, stated on RPC Radio that they will be providing customer service from 11:00 am to 7:00 pm.

We are already preparing, we are opening doors to the public from 11:00 am to 7:00 pm, which is more or less aligned with what the Government had requested in the time slots of the activities with the standards of the protocols of security that had been previously requested and with great expectation that it will become a family place and that people can come and take advantage of that day also to attend to other needs that were being compressed for Saturday, said Zamora.

On the other hand, he announced that since September 28, when the shopping centers were reactivated, there has been a gradual increase in commercial movement.

At the moment it has been growing, the reports in some cases are positive from the different shopping centers, in our particular case here at Mega Mall we are growing, initially we started with 40% of the usual traffic and right now we are reaching about 65-70% of what we regularly drive from Monday to Friday, he explained.

In the case of Saturdays, he pointed out that they have had a different behavior than they regularly had when they were in full operation, but it also has a growth trend.

While in relation to Sundays, he expressed the expectation that with this reopening, they will become a family day.

We believe that Sunday is going to become familiar again, as it has typically been, there will probably be a slight dilution effect, in the sense that before people had to run a little bit to make their purchases on Saturday because the Sunday they could not go out, probably now they will be able to distract themselves or segment a little bit the activities of Saturday and those of Sunday and share that among the family, he said.

It is worth mentioning that the Minister of Health of Panama, Luis Francisco Sucre, announced that as of this October 25, the total quarantine of Sundays will be lifted nationwide.
#Sucre
Add Comment