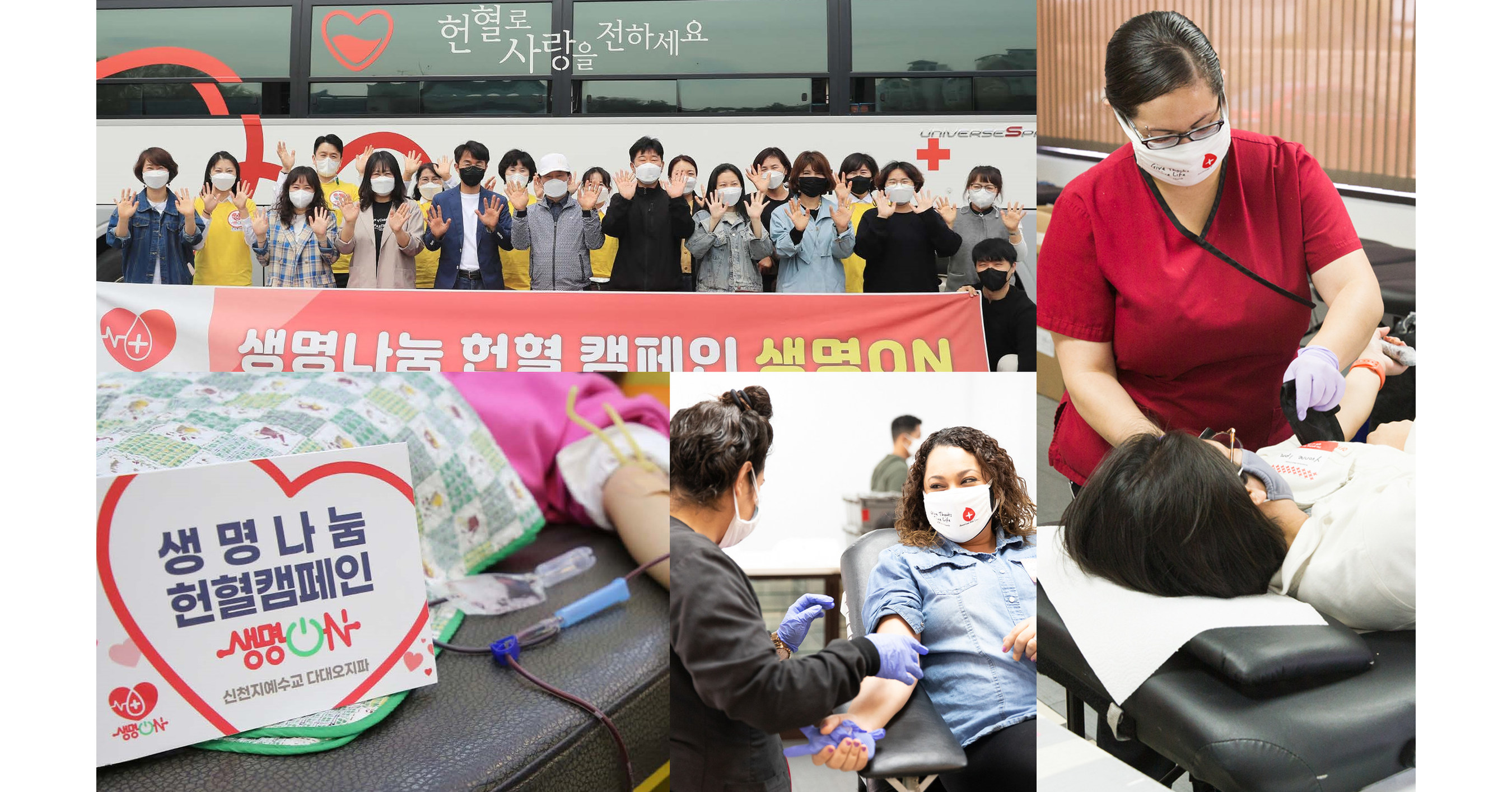 South Korea’s state of ‘blood shortage emergency’ in which emergency patients were unable to receive a blood transfusion, and the blood donation rate steadily decreased from 5.7% to 5.0% over the past 5 years since 2017, has been resolved by the blood donations of Shincheonji Church of Jesus with an unprecedented contribution to the nation’s crisis.
What began with a goal of solving the blood shortage in South Korea, Shincheonji has surpassed this goal and has collected more than three times the average daily use of blood in all medical institutions in Korea. Within just 14 days, 18,478 church members, well above the original estimate of 6,000, completed the group donation, while over another 9,000 members volunteered in other capacities. Shincheonji was able to surpass the need for blood donations by creating a campaign called “Life ON,” encouraging blood donations throughout the nation, with contributions from the first 6,000 donors in just 3 days.

According to the Blood Management of Korean Red Cross, Shincheonji is the only organization where this many people donated blood (equivalent to 3.5 days of blood reserves) in a short period of 14 days, resolving the national blood supply shortage that has continued since the beginning of this year by bringing Korea’s total amount of blood to 5.9 days. An official from a Korean Blood Center said “Many congregation members of Shincheonji Church of Jesus participated to fill the insufficient blood supply and demand. We’re getting enough of our daily average target, and there’s no such organization doing this.”

This contribution, along with Shincheonji’s plasma donations in 2020 for the development of a treatment for COVID-19, continue to be recognized and appreciated by many groups and organizations across the nation. One official expressed their thanks. “I was deeply moved when 6,000 saints came forward and donated plasma to develop a treatment for COVID-19 in 2020. Once again, I would like to thank Shincheonji Church of Jesus for taking care of the national crisis whenever it occurs.”

The church has also been coordinating blood drives in North America, with one to be held on May 27th.
#COVID-19  #Covid

Oh ya 144 days ago
Well there is a subject that has never been answered be the Red Cross. How do the purebloods know they are getting unvaxxed blood, if people want to take the clot shot that is up to them but those who do not should know what blood they are getting in a transfusion
View all comments (1)Add comment