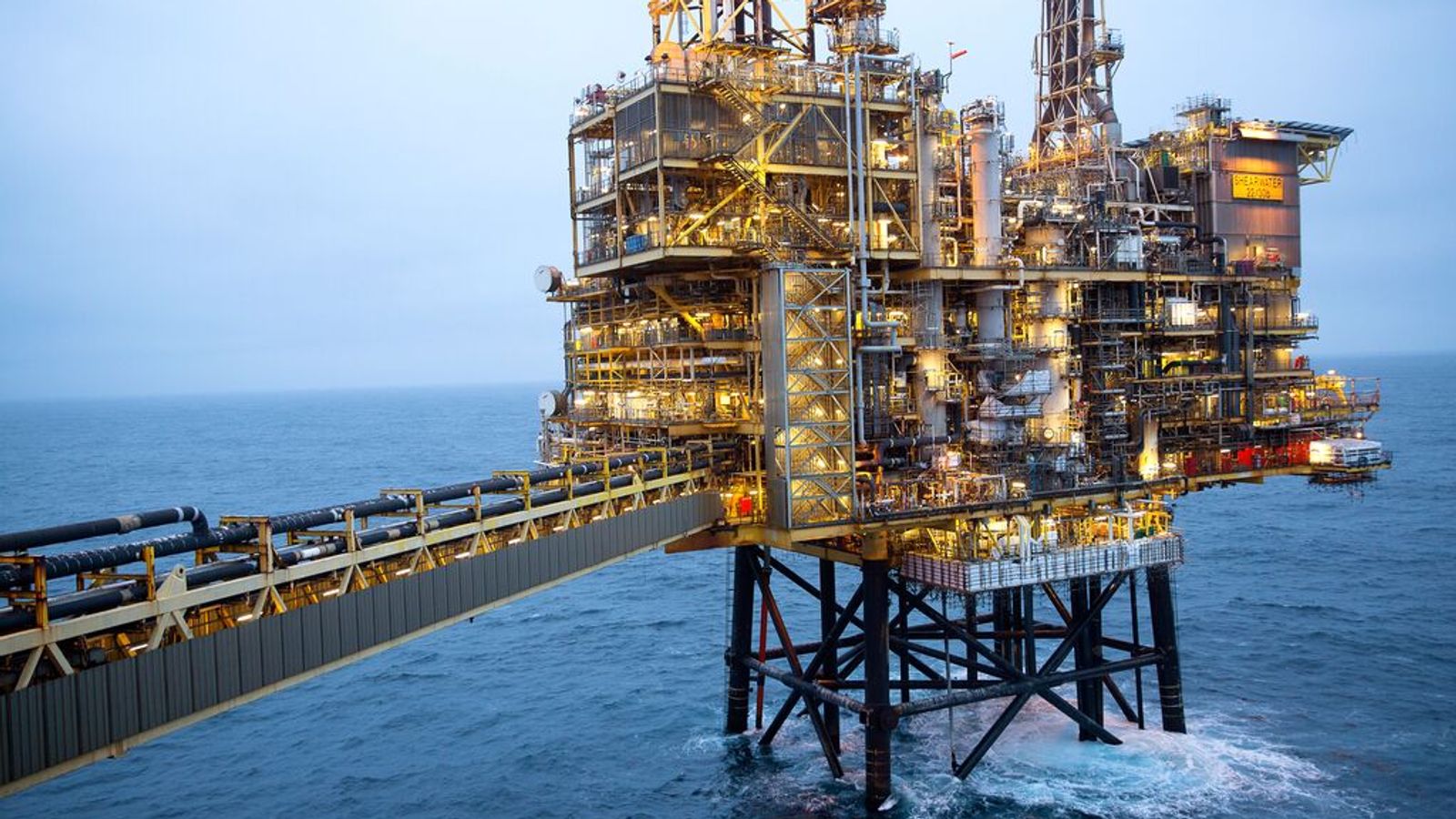 It comes as the government tries to boost domestic energy output in an effort to shield the UK from the market volatility caused by Russia's invasion of Ukraine.

"We're turbocharging renewables and nuclear, but we are also realistic about our energy needs now.

"Let's source more of the gas we need from British waters to protect energy security."

Shell said it welcomes the decision and that it plans to move ahead with the field's development, adding that it has the potential to produce 6.5% of Britain's gas output "at a time when UK energy security is critically required".

A Shell spokesperson said: "Responsibly produced, local gas production plays an essential role in the UK's transition to net zero, will support thousands of jobs, and forms part of Shell UK's broader intent to invest £20bn to £25bn in the UK, with 75% intended for low and zero-carbon products and services.

"However, as we have repeatedly stated, this can only happen with a stable fiscal policy and we continue to look to the government for those assurances."

Plans for the gas field were initially rejected in October last year on environmental grounds, but Shell submitted an updated proposal to the Offshore Petroleum Regulator for Environment and Decommissioning in March.

The new plan changes the way natural gas will be processed at the Shearwater hub, to which the Jackdaw field will be connected: rather than removing all naturally-occurring CO2 from the gas offshore, some of it will be taken to the St Fergus terminal, where it will be treated onshore.

It is thought that the gas field has reserves of between 120 million and 250 million barrels of oil equivalent, and Shell plans to start production in the second half of 2025.

Greenpeace, however, said it believes the permit approval could be unlawful and will consider legal action.

"They could immediately shave billions off bills, get a grip on UK energy demand, create thousands of jobs, boost our economy, tackle the climate crisis and avoid future crises - if they just upgrade homes to be warmer and greener, and invest in clean and cheap renewable power.

"But instead, once again, they're handing out lucrative permits to the likes of Shell for a project that won't start producing gas for years, that won't lower our bills, but will create massive emissions causing deadly flooding and wildfires, and mass migration from people fleeing the climate crisis.

"This government has shown no regard for these emissions, or Jackdaw's ultimate climate impact. We think that's unlawful, we're looking at legal action to stop Jackdaw, and fight this every step of the way."

Oh ya 240 days ago
And at the same time the retard in the White House is stopping all oil activity. And as far as Greenpeace nobody should take them seriously unless they live a completely off the grid life. No cars, flying anywhere, houses heated and lit with solar etc. Growing there own food because store bought food is tricked in using fossil fuel etc
View all comments (1)Add comment