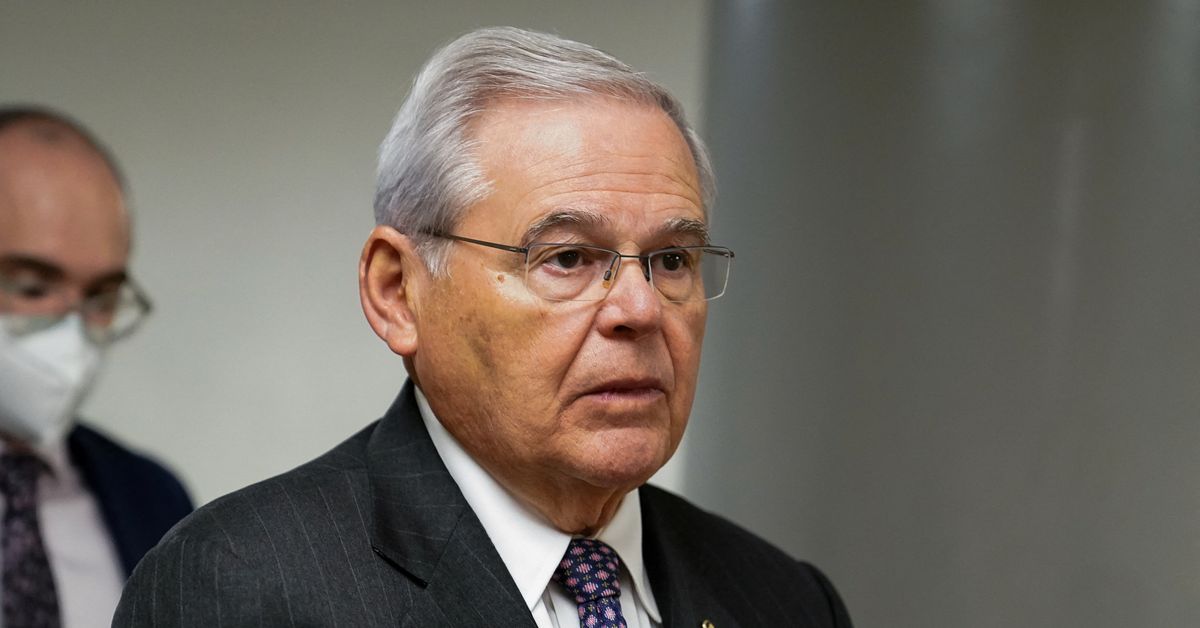 The Democratic chairman of the U.S. Senate Foreign Relations Committee called on Monday for a freeze on cooperation with Saudi Arabia, including most arms sales, accusing the kingdom of helping underwrite the Russian war on Ukraine after OPEC+ announced last week it would cut oil production.
"The United States must immediately freeze all aspects of our cooperation with Saudi Arabia, including any arms sales and security cooperation beyond what is absolutely necessary to defend U.S. personnel and interests," Senator Bob Menendez said in a statement.

"As Chairman of the Senate Foreign Relations Committee, I will not green-light any cooperation with Riyadh until the Kingdom reassesses its position with respect to the war in Ukraine. Enough is enough," Menendez said.

Menendez said he was horrified about attacks on civilian infrastructure in Ukraine.

"There simply is no room to play both sides of this conflict – either you support the rest of the free world in trying to stop a war criminal from violently wiping off an entire country off of the map, or you support him," Menendez said in an apparent reference to Russian President Vladimir Putin.

"The Kingdom of Saudi Arabia chose the latter in a terrible decision driven by economic self-interest."

The Saudi embassy in Washington did not immediately respond to a request for comment.

The Saudi-led OPEC+ cartel agreed to steep oil production cuts on Wednesday, curbing supply in a tight market and raising the possibility of higher gasoline prices just as Washington seeks to limit Russia's energy revenue because of the Ukraine war.

The move drew a sharp response from President Joe Biden, who was disappointed by the cartel's "shortsighted" cut, the White House said, underscoring the growing rift between the United States and Saudi Arabia on energy policy.

High prices also would come right before the Nov. 8 U.S. midterm elections, when Biden's Democrats are defending their control of Congress.

The leaders of the Senate Foreign Relations and House Foreign Affairs committees review major international arms deals, which generally do not go ahead without their approval.

Oh ya 51 days ago
Out in full view on how fast the USA turns on other countries . The OPEC nations cut production one week and the USA is out for revenge the next. The world is learning that the US is not a good partner
View all comments (1)Add comment