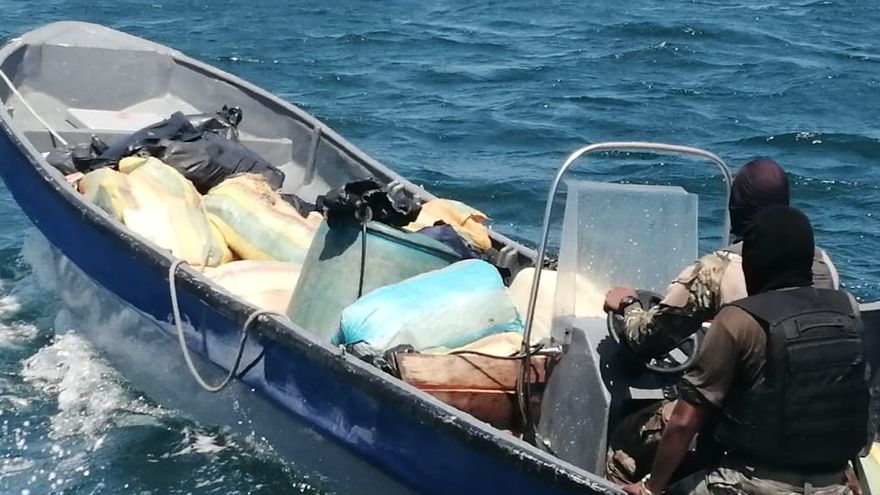 The National Aeronaval Service ( Senan ) reported this Thursday that units of the entity achieved the seizure of a total of 3,380 packages of illicit substance during the month of January 2021.
It details that this seizure was the result of 10 anti-drug operations and 2 micro-trafficking; and of the total of seized drugs, 2,164 correspond to packages of marijuana; 1,205 were packages of cocaine; 11 were packages of substance to be determined.

On the other hand, the Senan announced that during this same period of the year, a total of 652 operational actions were carried out, of which 521 corresponded to public security missions; 73 were social development missions; and 58 for humanitarian aid.

Furthermore, as through maritime patrols carried out by units of the entity, it was possible to detect 5 vessels in breach of the curfew, which were placed under the orders of the competent authorities.
#COVID-19  #Covid
Add Comment