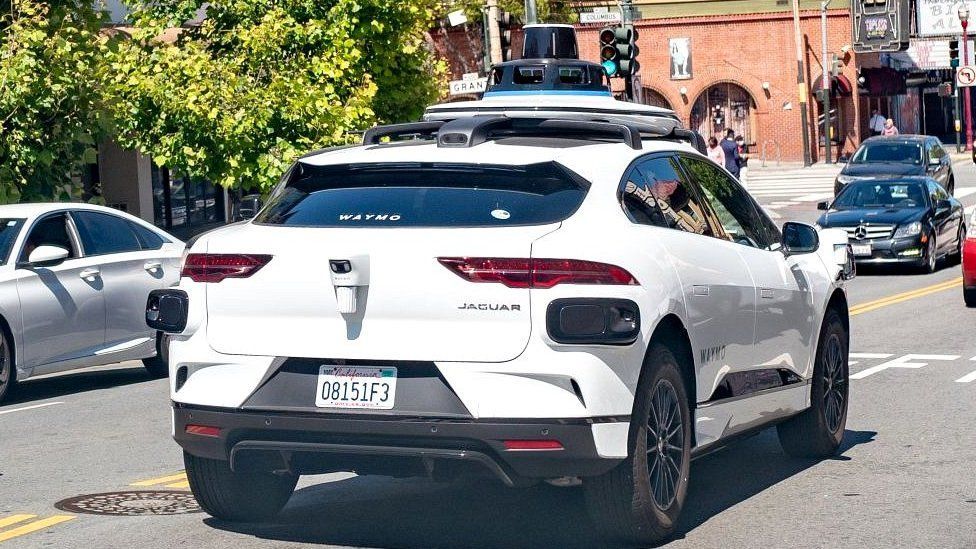 Residents in a "dead-end" street in San Francisco say they are being plagued by an influx of self-driving vehicles.

Autonomous-driving firm Waymo's cars have been going up and down the cul-de-sac at all hours "for weeks", according to local news station KPIX.

Residents say vehicles sometimes have to queue before making multi-point turns to leave the way they came.

"There are some days where it can be up to 50," Jennifer King told KPIX. "It's literally every five minutes. And we're all working from home, so this is what we hear."

She said the human "safety drivers" supervising the automated cars "don't have much to say other than the car is programmed and they're just doing their job".

A spokesman for Waymo said the cars sometimes made a detour because of the presence nearby of one of San Francisco's "slow streets", which aim to limit traffic in certain residential areas.

"We continually adjust to dynamic San Francisco road rules. In this case, cars travelling north of California on 15th Avenue have to take a u-turn due to the presence of 'slow streets' signage on Lake," the company said.

"So the Waymo driver was obeying the same road rules that any car is required to follow."

Elon Musk, whose Tesla car company is also pursuing automated driving, replied to a news story on Twitter about the Waymo issues with a simple: "Haha".

Waymo, owned by Google's parent company Alphabet, began testing its self-driving taxi service - with specialists at the wheel who can take over if required - in San Francisco earlier this year.

Self-driving cars are still relatively new technology, and as a result, there have been numerous reports of mishaps and errors around the world.

In May, a Waymo taxi blocked a road in Arizona after it became confused by the presence of a traffic cone.

The company has been offering its driverless ride-hailing service in Phoenix, Arizona, since October 2020.