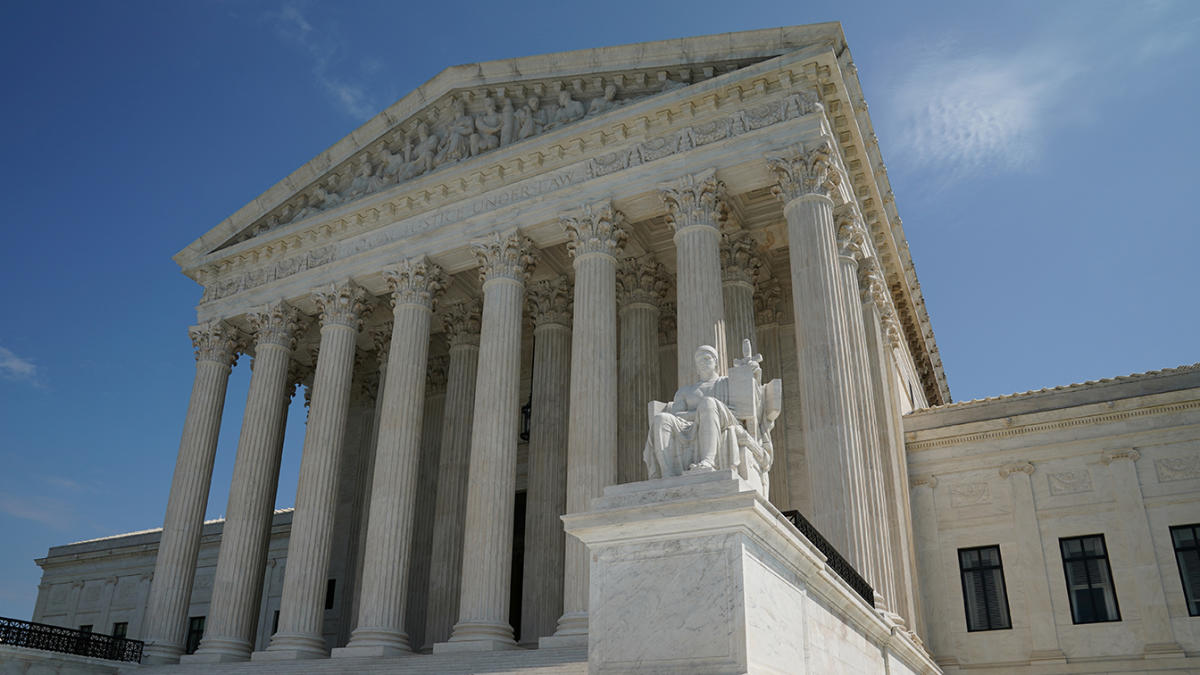 The U.S. Supreme Court has gaveled itself back in for the new year and is about to embark on a long list of significant decisions due for release in the weeks ahead.
More than three months into its term, the high court, which convened Monday to hear oral arguments, has yet to release opinions in any of the cases it’s heard during the term — an unusual delay, according to Adam Feldman, who aggregates and analyzes data on the court at Empirical SCOTUS.

Typically, the court would have released a few opinions by December. Reasons for the delay are not yet clear, but according to Feldman, with the “ideological blocs [in the court] so firmly entrenched,” it’s possible that significant internal debate has occurred over the scope and outcome of several controversial cases.

At this point, the majority-conservative court has been dealing primarily in social issues, having heard cases concerning race-based affirmative action in college admissions, the scope of the Voting Rights Act and the thorny relationship between free speech, faith and LGBTQ rights.

This term is likely to be a particularly important one for the court, said Roman Martinez, a partner at the Los Angeles firm Latham and Watkins who practices federal appellate law. And there’s more to come, Martinez said, with a number of controversial cases still to be heard before the end of the term.

Next month, the high court will hear two cases that call into question the protections afforded to social media companies from being held liable over what is posted on their platforms.

On Feb. 21, the court will hear arguments for Gonzalez v. Google LLC, a case concerning the scope of Section 230 of the Communications Decency Act. The legislation is designed to shield internet service providers and social media companies from liability for content posted by their users.

The case centers on a key question: Can Google, as the parent company of YouTube, be shielded from claims, which Google denies, that it aided and abetted terrorists from the Islamic State, by allegedly algorithmically recommending and promoting content they posted? The outcome, Martinez said, could potentially upend the legal regime that has governed the internet for some time.

In Twitter, Inc. v. Taamneh, which is set for arguments on Feb. 22, the court will consider what responsibility, if any, social media companies have to police such material under Section 2333 of the Anti-Terrorism Act.

Robert Kozinets, a social media and communications professor at the University of Southern California, said he hopes these lawsuits “will lead to a more careful examination of the scope of Section 230(c)(1),” and added that it could be problematic if the court were to overturn it outright.

NetChoice is a trade association of technology and internet-based companies whose members include Twitter, Google, Amazon, Meta (formerly Facebook) and Yahoo. It has called on the court to review and strike down laws in Florida and Texas that seek to bar social media companies from restricting content and suspending or banning accounts based on users’ viewpoints and to require social media companies to make disclosures about how and when they make and execute content-curation decisions.

The U.S. Court of Appeals for the 11th Circuit struck down the Florida law last year, but the Fifth Circuit upheld the Texas law. This circuit split is considered likely to result in a review by the Supreme Court.

At issue is whether the Higher Education Relief Opportunities for Students (HEROES) Act provides the necessary authority for the Department of Education to forgive federal student loans.

The court is likely to push back on the government’s interpretation of the act, said Mark Kantrowitz, an expert on student financial aid and loans, “because the HEROES Act does not explicitly authorize forgiveness.”

Dan Urman, a law professor at Northeastern University, and Joseph Fishkin, a law professor at the University of California, Los Angeles, believe that a plain-text reading of the HEROES Act supports the government’s interpretation. However, the “implications, optics and politics” of this case, Urman said, may very well outweigh the substance of any legal arguments presented.

The court is also set to review procedural issues in Arizona v. Mayorkas, a case that concerns Title 42, a public health protocol established by the Trump administration in the early days of the coronavirus pandemic that allows the expulsion of migrants at the border.

The court became involved in this case in December, when it blocked a lower-court ruling that lifted the policy upon finding it to be unlawful. It agreed to hear arguments on whether an Arizona-led coalition of states, including Texas, can challenge the lower court’s order.

If the court grants the states’ motion for intervention, said Kathleen Bush-Joseph, a policy analyst at the Migration Policy Institute, “the case will be sent back down to the lower courts to hear their arguments, which could be a lengthy process involving more appeals.”

Regardless of the court’s decision, the government, Bush-Joseph said, will probably “proceed with rule-making on its authority to use Title 42 again in the future.”

An exact date for arguments has yet to be set, but the court has indicated that it will hear the case in February.
#Coronavirus  #Facebook
Add Comment