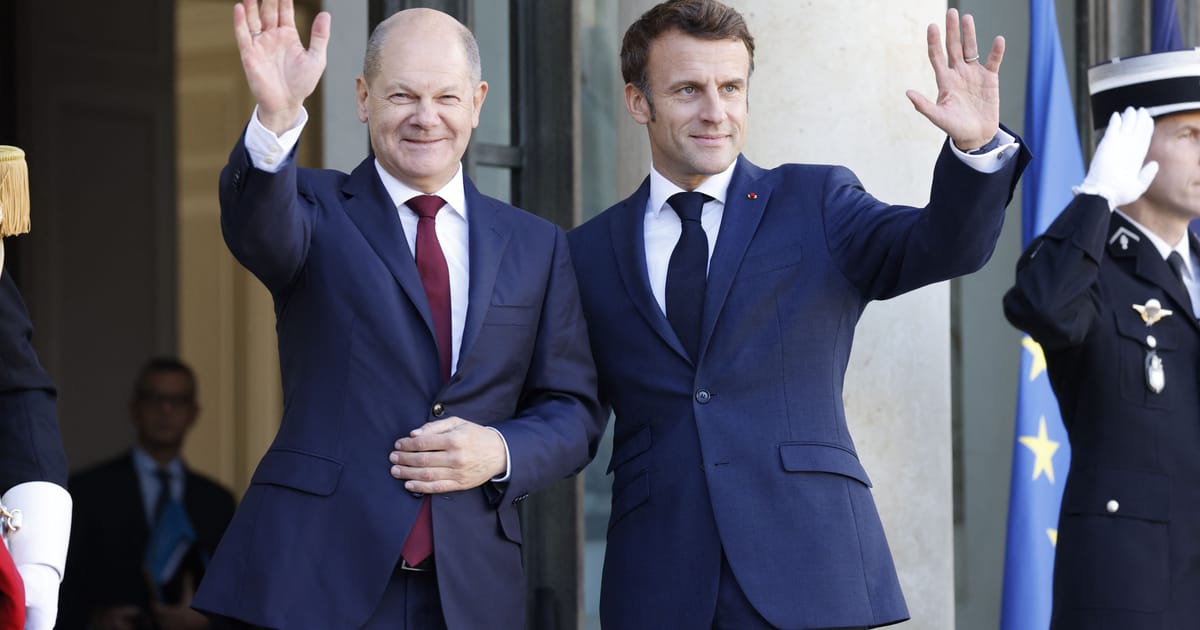 France and Germany want to negotiate with Washington about unfair competition — but they are ready to hit back if necessary.

After publicly falling out, Olaf Scholz and Emmanuel Macron have found something they agree on: mounting alarm over unfair competition from the U.S. and the potential need for Europe to hit back.

The German chancellor and the French president discussed their joint concerns during nearly three-and-a-half hours of talks over a lunch of fish, wine and Champagne in Paris on Wednesday.

They agreed that recent American state subsidy plans represent market-distorting measures that aim to convince companies to shift their production to the U.S., according to people familiar with their discussions. And that is a problem they want the European Union to address.

The meeting of minds on this issue followed public disagreements in recent weeks on key political issues such as energy and defense, fracturing what is often seen as the EU's central political alliance between its two biggest economies.

But even though their lunch came against an awkward backdrop, both leaders agreed that the EU cannot remain idle if Washington pushes ahead with its Inflation Reduction Act, which offers tax cuts and energy benefits for companies investing on U.S. soil, in its current form. Specifically, the recently signed U.S. legislation encourages consumers to “Buy American” when it comes to choosing an electric vehicle — a move particularly galling for major car industries in the likes of France and Germany.

The message from the Paris lunch is: If the U.S. doesn't scale back, then the EU will have to strike back. Similar incentive schemes for companies will be needed to avoid unfair competition or losing investments. That move would risk plunging transatlantic relations into a new trade war.

Macron was the first to make the stark warning public. “We need a Buy European Act like the Americans, we need to reserve [our subsidies] for our European manufacturers,” the French president said Wednesday night in an interview with TV channel France 2, referring specifically to state subsidies for electric cars. 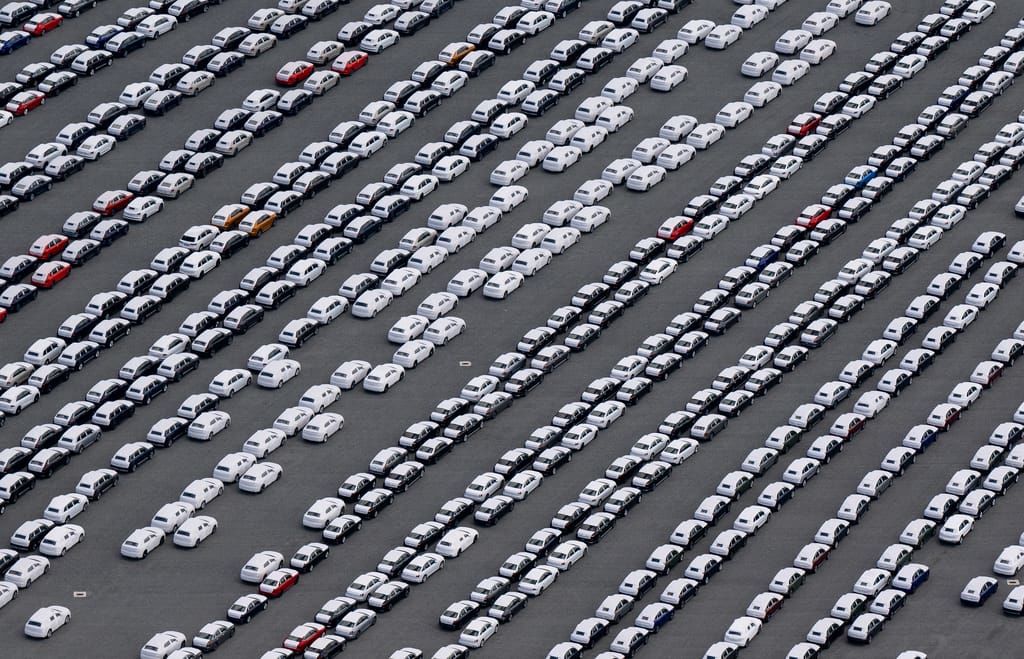 Scholz and Macron agreed the EU must act if the US progresses a 'Buy American' act offering incentives for companies investing on US soil, which would particularly affect French and German electric vehicle industries

Crucially, Berlin — which has traditionally been more reluctant when it comes to confronting the U.S. in trade disputes — is indeed backing the French push. Scholz agrees that the EU will need to roll out countermeasures similar to the U.S. scheme if Washington refuses to address key concerns voiced by Berlin and Paris, according to people familiar with the chancellor's thinking.

Scholz is not a big fan of Macron’s wording of a "Buy European Act" as it evokes the nearly 90-year-old "Buy American Act," which is often criticized for being protectionist because it favors American companies. But the chancellor shares Macron’s concerns about unfair competitive advantages, the people said.

Earlier this month, Scholz said publicly that Europe will have to discuss the Inflation Reduction Act with the U.S. "in great depth."

In a blow to Germany’s industrial core, chemical giant BASF announced plans Wednesday to reduce its business activities and jobs in Germany, with company chief Martin Brudermüller citing heightened gas prices — which he criticized for being six times as high as in the U.S. — as well as increasing EU regulation as the reason.

“The decisions of a successful company like BASF show that we need to improve the overall attractiveness of Germany as a business location,” German Finance Minister Christian Lindner said in a tweet, vowing to take various measures such as “tax relief for private investments.”

Before bringing out the big guns, though, Scholz and Macron want to try to reach a negotiated solution with Washington. This should be done via a new "EU-U.S. Taskforce on the Inflation Reduction Act" that was established during a meeting between European Commission President Ursula von der Leyen and U.S. Deputy National Security Adviser Mike Pyle on Tuesday.

The taskforce of EU and U.S. officials will meet via videoconference toward the end of next week, underlining the seriousness of the European push.

On top of that, EU trade ministers will gather for an informal meeting in Prague next Monday, with U.S. trade envoy Katherine Tai planning to attend to discuss the tensions.

In Brussels, the Commission is also looking with concern at Macron's wording of a "Buy European Act," which evokes protectionist tendencies that the EU institution has long sought to fight.

"Every measure we take needs to be in line with the World Trade Organization rules," a Commission official said, adding that Europe and the U.S. should resolve differences via talks and "not descend into tit-for-tat trade war measures as we experienced them under [former U.S. President Donald] Trump."

Oh ya 98 days ago
Gee these 2 are finally starting to realize that the USA will throw its so called friends under the bus to advance itself. Maybe there eyes were opened when the US blew up the pipeline forcing them to buy more expensive LNG for America. The USA is a collapsing empire and will do anything to stay relevant
View all comments (1)Add comment