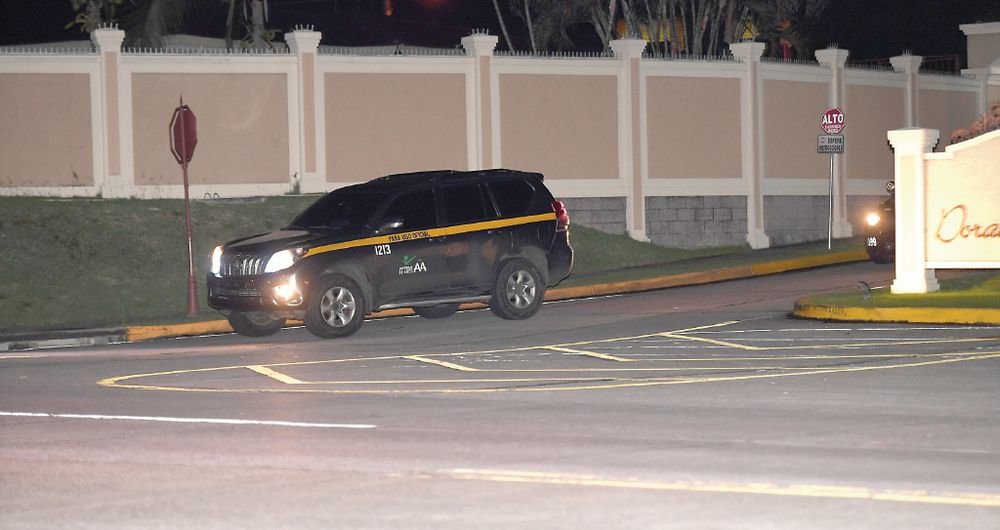 Two scandals that occurred last weekend directly hit the administration of President Laurentino Cortizo on crucial issues: ethics and the fight against corruption and the battle against the Covid-19 pandemic.

On Saturday, August 15, it was made public that the chief of staff of the Ministry of Housing and Land Management, José Ruiloba, with a salary of $5,000, threatened officials with taking action if they did not “like” publications of the Minister Rogelio Paredes and President Cortizo.

Later, images were released of an official vehicle assigned to the adviser of the Cleaning Authority, Pedro Ortiz, with a salary of $3,000, who was taking guests to a party organized at his residence in Dorado Lakes in full quarantine.

If the Executive does not make a firm decision with these two officials, this atmosphere of tension and malaise will continue to increase, said analyst Edwin Cabrera, who recalled the Executive's commitments on corruption and health.


The Public Ministry (MP) carries out more than a dozen investigations for the possible commission of crimes against the public administration, related to alleged irregularities in contracts, cost overruns and the use of state funds during the health crisis caused by the Covid-19, as well as for the alleged commission of the crime of spreading a contagious disease.

On Sunday, an announcement was made of an investigation by the Anti-Corruption Prosecutor's Office for the alleged commission of the crime of embezzlement of use to the detriment of the Urban and Home Cleaning Authority (AAUD), after images of an official vehicle that was used on Saturday August 15 to transport the guests of a party, in the middle of the quarantine, were published on social networks and media.


Among the investigations carried out by the MP include the construction of the modular hospital, a possible surcharge for the purchase of ventilators and alcoholic gel, a million-dollar bid at the Social Security Fund, loss of masks at the Santo Tomás Hospital, a looting of a store in Curundú, a wedding in Paitillla and a party in Patio Pinel.

In addition, in the MP there are several complaints against figures of the leadership of the ruling Democratic Revolutionary Party (PRD) for having held a meeting with the Legislative caucus at a barbecue, in open defiance of the decisions of the health authorities that established the closure of restaurants and the prohibition of meetings of more than ten people. This meeting even included the participation of the current Minister of Labor and Social Development, Doris Zapata, in her capacity as first vice-president of the National Executive Committee of the PRD.

In the case of Patilla's wedding and the meeting at the barbecue, the Ministry of Health (Minsa) imposed a penalty of $50,000 on each of those who organized it.

Barbecue in Dorado Lakes during quarantine


The new MP investigation would implicate an activist from this party, Pedro Ortiz, who appears on the AAUD payroll as an advisor with a salary of $3,000. The vehicle that was used to transport the guests to the barbecue is assigned to Ortiz for official business. In addition, the residence where the party was organized in the Dorado Lakes, is rented by him.

The official acknowledged the celebration of the party, however, he tried to deny that he was in the place, which was proven by his neighbors and photographs that show a person with physical features very similar to him at the invitation. His own neighbors, who made noise about the matter, and asked for an exemplary sanction, were the ones who alerted the media and the authorities.

Ortiz said on his Twitter account that he deserved to take responsibility. The day before, he had criticized on Twitter the organizers of a protest in Calle 50, against the confinement. That protest ended with seven protesters arrested (some assaulted) and taken to a justice of the peace, who fined them $2,000 each. The sanction is on appeal.


The AAUD, led by Pedro Castillo, issued a statement on Saturday night in which it rejects the misuse of State assets and actions that contradict the guidelines of the authorities in the fight against Covid-19.

The statement promises internal investigations to locate the person(s) responsible, and requests the National Authority for Transparency and Access to Information (Antai) to proceed with rigor. It does not mention of dismissals.

In fact, Antai also issued a statement that it will apply measures if it finds that there were officials holding parties during quarantine and using State property.

Also, the Supervision Directorate of the Office of the Comptroller General of the Republic announced the beginning of an investigation for misuse of State vehicles.

When asked about the matter, the metropolitan regional director of Health Israel Cedeño said yesterday that the maximum penalty that the agency can impose is $5,000.

It is the same amount that was imposed on the mayor of the capital, José Luis Fábrega, for violating the quarantine when walking along a beach in a weekend of total quarantine. The latter is also investigated by the Public Ministry for this case.


The case of the barbecue in Dorado Lakes was preceded by another scandal that also directly affects the Executive.

On Saturday an audio from the head of human resources of the Ministry of Housing and Territorial Planning (Miviot) circulated in which he threatened to take action against officials who in their social networks did not give "like" to the publications of Minister Rogelio Paredes or the president of the Republic, Laurentino Cortizo.

This is José Ruiloba, who, according to the Comptroller's payroll, appears as Miviot's chief of staff, a position in which he earns $5,000.

Ruiloba said in that voice note addressed to a chat of PRD officials and activists: There are 161 people in this group, of which 90% work in the Miviot. When our boss uploads a publication, everyone who works in the Ministry and has Instagram, should go and click "like".

He concluded: I want you to know that we are going to be measuring each of these things, and the respective actions will be taken. The truth is, I don't like to threaten anyone, but I am telling them with all the clarity in the world, today August 12, so that they become aware and get started.

Ruiloba, like Ortiz, was forced to acknowledge the facts that were already public.

Both Minister Paredes and Antai promised an investigation against this official, who is the nephew of the PRD deputy, Raúl Pineda. Paredes has already said that he sees it difficult for him to sanction someone for publishing what he thinks on his personal account.