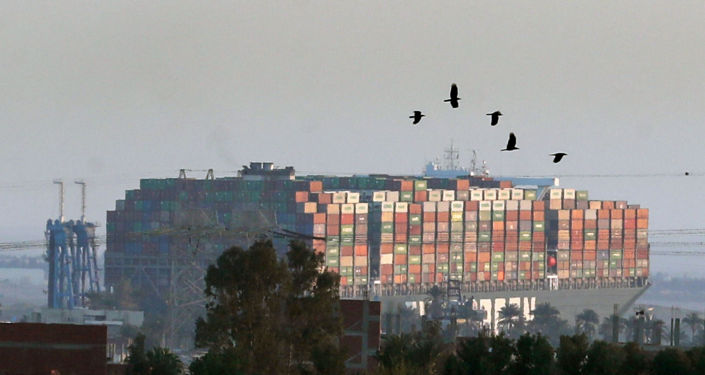 The Suez Canal was blocked on Tuesday after the Ever Given – a 400-metre-long Japanese container vessel – became stuck in the waterway leading to a massive shipping jam.

Satellite images of the maritime bottleneck caused by the blocked Suez Canal were released on Friday and show a backlog of hundreds of vessels.

The European Space Agency shared the satellite image captured on Thursday showing the extent of the traffic jam after the quarter-mile-long MS Ever Given ran into trouble in the Egyptian waterway.

Hundreds of boats can be seen backed up in the Gulf of Suez waiting to pass through the route connecting the Red Sea to the Mediterranean Sea.

​Another photo taken on Sunday just two days before the massive cargo vessel was blown off course shows normal traffic for comparison.

Both images were captured by the ESA’s Copernicus Sentinel-1 mission.

Some ships trapped in the queue have been diverted around the African continent's southern tip. Meanwhile, efforts are continuing through the weekend to get the stranded vessel moving again.

According to officials, additional tugboats and dredgers have been called in to help.