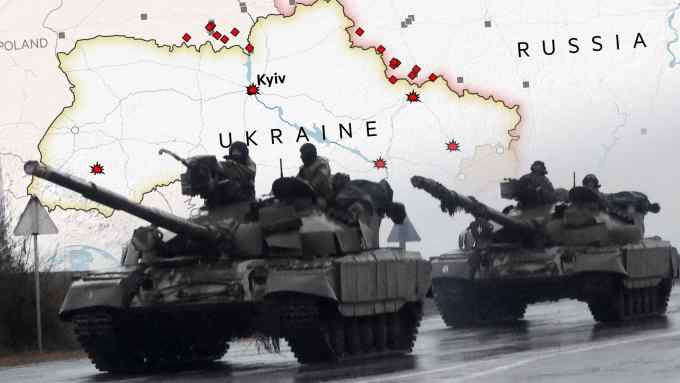 Russian forces on Wednesday fought their way into the centre of the Ukrainian industrial city of Sievierodonetsk and appeared to be close to claiming a big prize in their offensive in the eastern Donbas region.
But in a boost for Ukraine, locked in a grinding struggle against the invading army, the United States announced a new $700 million weapons package for Kyiv which will include advanced rocket systems capable of hitting targets up to 80 km (50 miles) away.

Moscow accused the United States of adding "fuel to the fire" and Russian Foreign Minister Sergei Lavrov said the supply of the rocket launchers raised the risk of a "third country" being dragged into the conflict.

U.S. Secretary of State Antony Blinken said Ukraine had promised Washington it will not use the rocket systems to hit targets inside Russia. U.S. President Joe Biden hoped the stepped-up arms supplies would help push Moscow to negotiate an end to the war, now in its fourth month.

After days of heavy fighting around Sievierodonetsk, much of which has been laid to waste by Russian artillery bombardments, Russian troops were inching forward through the city streets.

"The enemy has entered the center of Sievierodonetsk and is trying to take up positions. The situation is very difficult," Ukrainian military spokesman Oleksandr Motuzyanyk told a briefing.

"I do not want to evaluate or give any percentage of what we control and do not control. We know the enemy’s goals and are doing everything to prevent them from being achieved," he said.

If Russia captures the city and its smaller twin Lysychansk on the west bank of the Siverskyi Donets river, it will hold all of Luhansk, one of two provinces in the Donbas that Moscow claims on behalf of separatists and a key war aim of Russian President Vladimir Putin.

Provincial governor Serhiy Gaidai said 70% of the city was under Russian control, about 10-15% "a kind of grey zone" and the rest held by the Ukrainian defenders.

"There have been some counter-attacks on separate streets," he said.

"There are civilians there in bomb shelters, there are quite a few of them left, most of whom did not wish to leave."

He also said that a Russian air strike hit the Azot chemical factory in Sievierodonetsk on Tuesday, blowing up a tank of toxic nitric acid and releasing a plume of pink smoke. Reuters could not independently confirm the cause of the incident.

Gaidai said Lysychansk was easier to defend as it is located on a hill but Russian forces would target it with artillery and mortars once in full control of Sievierodonetsk.

The leader of the pro-Moscow Luhansk People's Republic, Leonid Pasechnik, told TASS news agency that Russian proxies had advanced slower than expected to safeguard city infrastructure and "exercise caution around its chemical factories".

Jan Egeland, head of the Norwegian Refugee Council aid agency which had long operated out of Sievierodonetsk, said up to 12,000 civilians remain trapped in the crossfire, without sufficient access to water, food, medicine or electricity.

Putin sent his troops over the border on what he calls a special military operation on Feb. 24 to disarm and "denazify" Ukraine. Ukraine and its allies call this a baseless pretext for a war of aggression and the West has imposed stringent sanctions on Russia in a bid to strangle its economy.

Thousands of people have been killed in Ukraine and millions more displaced since the invasion began. read more

"The United States will stand with our Ukrainian partners and continue to provide Ukraine with weapons and equipment to defend itself," President Biden said in a statement.

The decision to give Ukraine the rocket systems was made after Washington received assurances from Kyiv that it would not use them to hit targets inside Russian territory, which could seriously escalate the war.

Ukraine has been seeking Multiple Rocket Launch Systems (MLRS) such as the M270 and M142 HIMARS to provide more firepower at longer range to hit Russian troop concentrations and weapons stockpiles at the Russian forces' rear.

"This is a defensive conflict that the Ukrainians are waging," Finer said in an interview with CNN. "Russia has brought this on itself by launching an invasion into a sovereign country from its territory."

The new supplies come on top of billions of dollars worth of equipment such as drones and anti-aircraft missiles.

"We believe that the United States is purposefully and diligently adding fuel to the fire," Peskov said.
#Joe Biden
Add Comment