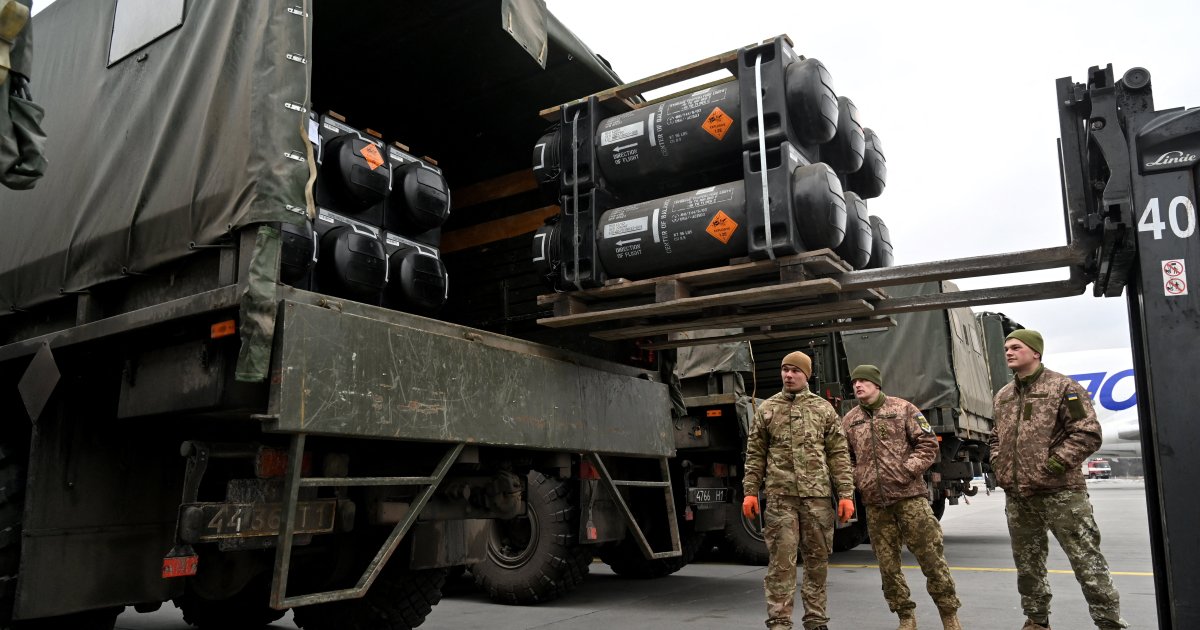 Russia warns US against providing weapons to Ukraine: Reports

Russia has warned the United States of “unpredictable consequences” should US President Joe Biden’s administration continue to transfer weapons to Ukraine, The Washington Post reported.

The Post said on Friday that it had reviewed a copy of a diplomatic note that Russia sent the US this week, which warned that US and NATO shipments of the “most sensitive” weapons systems to Ukraine could bring “unpredictable consequences”.

“We call on the United States and its allies to stop the irresponsible militarization of Ukraine, which implies unpredictable consequences for regional and international security,” said the note, which was dated Tuesday.

The shipments were “adding fuel” to the conflict, the note also said, according to the newspaper.

The report comes days after the Biden administration announced an additional $800m in military assistance to Ukraine, which has been fighting Russian forces since Moscow launched its invasion of the country on February 24.

The military aid package included artillery systems, artillery rounds, armoured personnel carriers and helicopters – and brought the total tally of US aid to Ukraine since Russia’s invasion began to more than $2.4bn.

“This new package of assistance will contain many of the highly effective weapons systems we have already provided and new capabilities tailored to the wider assault we expect Russia to launch in eastern Ukraine,” Biden said in a statement on Wednesday.

“The steady supply of weapons the United States and its Allies and partners have provided to Ukraine has been critical in sustaining its fight against the Russian invasion.”

Some of the new equipment will require training for Ukrainian forces, Pentagon spokesperson John Kirby told reporters, including the 155mm howitzer cannon. This is the first time Washington will send the cannon to Ukraine.

“The systems that will probably require some additional training for Ukrainian forces are the howitzers [and] … the counter artillery radar, not a very difficult system to operate, but it’s not one that they have in their inventory,” Kirby said on Wednesday.

Al Jazeera’s Alan Fisher, reporting from Washington, DC, said “Biden has been persistent and consistent in insisting that any US military aid being sent to Ukraine is for defensive purposes, to help the Ukrainians defend themselves against Russian aggression”. 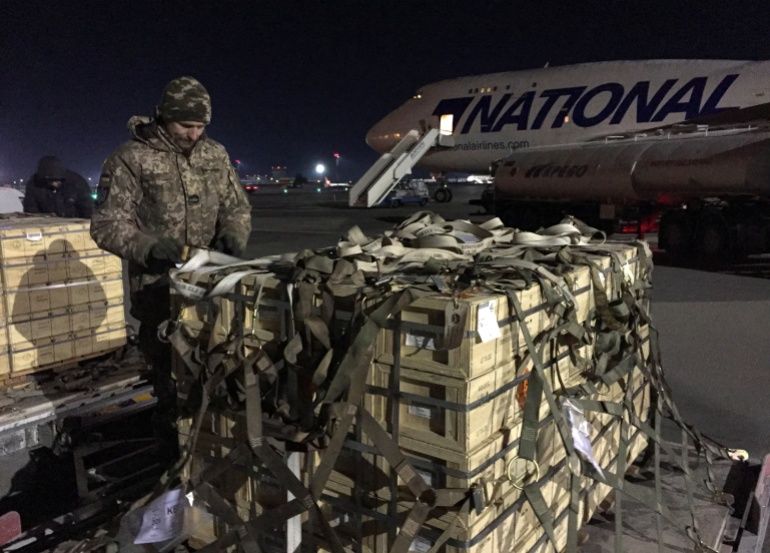 Military aid, delivered as part of US security assistance to Ukraine, is unloaded from a plane at Boryspil International Airport outside Kyiv, February 13, 2022

“There are some who could make the argument that these could all be used in an offensive capacity, and that certainly seems to be something that concerns the Russians,” Fisher said.

Citing two unidentified officials, the New York Times and CBS News also reported on Friday that Moscow had warned Washington against further weapons shipments to Kyiv. CBS said the note was sent to the US Department of State, which said it could not “confirm any private diplomatic correspondence”.

“What we can confirm is that, along with allies and partners, we are providing Ukraine with billions of dollars worth of security assistance, which our Ukrainian partners are using to extraordinary effect to defend their country against Russia’s unprovoked aggression and horrific acts of violence,” the department said in a statement to CBS.

A Russian foreign ministry spokeswoman confirmed Russia had sent diplomatic notes to the US and other nations about supplying weapons to Ukraine but did not say what the messages contained, the Interfax news agency reported later on Friday.

Ukrainian President Volodymyr Zelenskyy has called for additional weapons to stave off an expected Russian offensive in the country’s east.

In a recent interview with Al Jazeera, Zelenskyy said that should Ukrainian forces fall in the eastern Donbas region, “then the risk of a repeated offensive against Kyiv and Kyiv Oblast [province] is almost probable.”