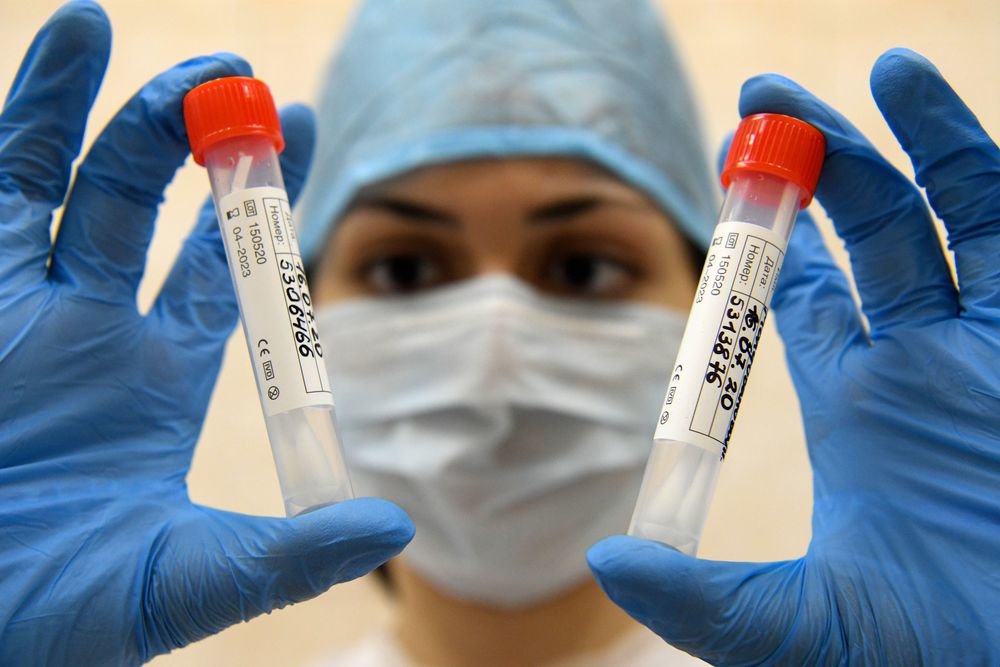 Russia wants to win the race for the coronavirus vaccine

Moscow researchers say one of the country's possible coronavirus vaccines has proven safe in small-scale human trials and is ready for further testing.
Some might say it's a modest victory for a country that has sought for years to restore the reputation of having cutting-edge science of the Soviet era, and for President Vladimir Putin.

However, on Thursday, Britain, the United States and Canada accused Russia of hacking data from international research centers that are trying to develop a vaccine.

The Kremlin denies any involvement, while the head of the country's sovereign wealth fund called the allegations an attempt to tarnish the Russian investigative effort.

It remains an accusation that jeopardizes the desired drive for prestige inoculation.

Old school vaccine diplomacy could help. Even in the depths of the Cold War, Soviet and American doctors worked collaboratively to combat polio, and later smallpox.

Russia is also not the only nation desperate to find a quick solution, and preferably first.

However, the pressure there is acute. Putin needs to boost his deteriorating popularity, despite the overwhelming approval of a plebiscite this month that approved constitutional changes, which could keep him in power until 2036.

The need has only increased with massive protests in the western city of Khabarovsk, after the local governor's arrest last week.

The covid-19 outbreak has been intense in Russia, which has the fourth highest number of cases worldwide.

Mortality rates have been remarkably low, but new cases continue to rise at a rate of more than 6,000 per day.

The economy has been hit hard. However, efforts to develop a vaccine are as much about regaining a status tarnished by years of low investment, a dramatic exodus of professionals, and last year's accusations of plagiarism and other unethical practices that led to the removal of hundreds of items. academics.

Even before the coronavirus, innovation and science were cornerstones of the $400 billion development plan that Putin hopes to leave as a legacy. Unfortunately, time pressure and patriotism don't always produce the best results.

For now, what we know of Russia's vaccine effort is encouraging.

Sechenov University is testing a vaccine developed by the Gamaleya Institute of Epidemiology and Microbiology in Moscow, and is preparing to discharge its latest volunteers after the initial phase of the study.

He recorded an immune response and found that the prototype was safe. The military, who conducted a parallel study, have made similar comments and released their own volunteers.

Russia is not as advanced as AstraZeneca Plc and the University of Oxford or Chinese researchers, but it has more than a dozen promising vaccine candidates, and Gamaleya is among the favorites, along with prototypes developed by the Vector Institute in Siberia, formerly the Soviet Biological Weapons Research Center.

However, there are still many things that we will not know. The data from the first phase of the Gamaleya trial is not yet public and further testing will be required.

The third and final phase, which tests the vaccine's actual effectiveness in a larger universe, would normally take anywhere from six months to a year.

It is not even clear whether Russia, which is no longer a major exporter of vaccines, can manufacture enough.

However, this has not dampened enthusiasm in the state media or acts of bravery like that of Gamaleya researchers who voluntarily injected themselves with the untested prototype.

Practices such as recruiting volunteers for the Gamaleya study among employees of the state-owned Sberbank PJSC appealing to their patriotism are no less worrisome.

Or simplified methods, as in a vague Moscow study that encouraged doctors to try the antimalarial drug hydroxychloroquine. Piracy charges make matters worse.

If Russia wants to reap the diplomatic and political benefits of a local vaccine, it needs a victory to be credible, at home and abroad.

Following international standards and collaborating would be a start. In fact, Putin may have no choice: Large-scale testing may be required in countries where the infection rate is highest.

It will not yet come naturally to Putin's nationalist administration, which has long struggled to reconcile aspirations for scientific glory with a determination to tighten control.

The Kremlin has tried to monitor contacts with foreign investigators, and several academics with ties abroad have been charged with treason. Other governments will now be more cautious as well.

However, history suggests that it can be done successfully, with the United States and other countries.

Peter Hotez of Baylor College of Medicine, who has served as a scientific envoy to former United States President Barack Obama and who has written extensively on the subject, particularly highlights the cooperation between American physician Albert Sabin and Soviet virologist Mikhail Chumakov on the vaccine. oral against polio in the late 1950s.

Relations had thawed shortly after Josef Stalin's death, but they were still tense and competitive: Sputnik was launched in 1957. Both sides wanted to steal technological secrets.

Still, a few years later, there was collaboration again when Soviet scientists pioneered a freeze-drying technique for the smallpox vaccine.