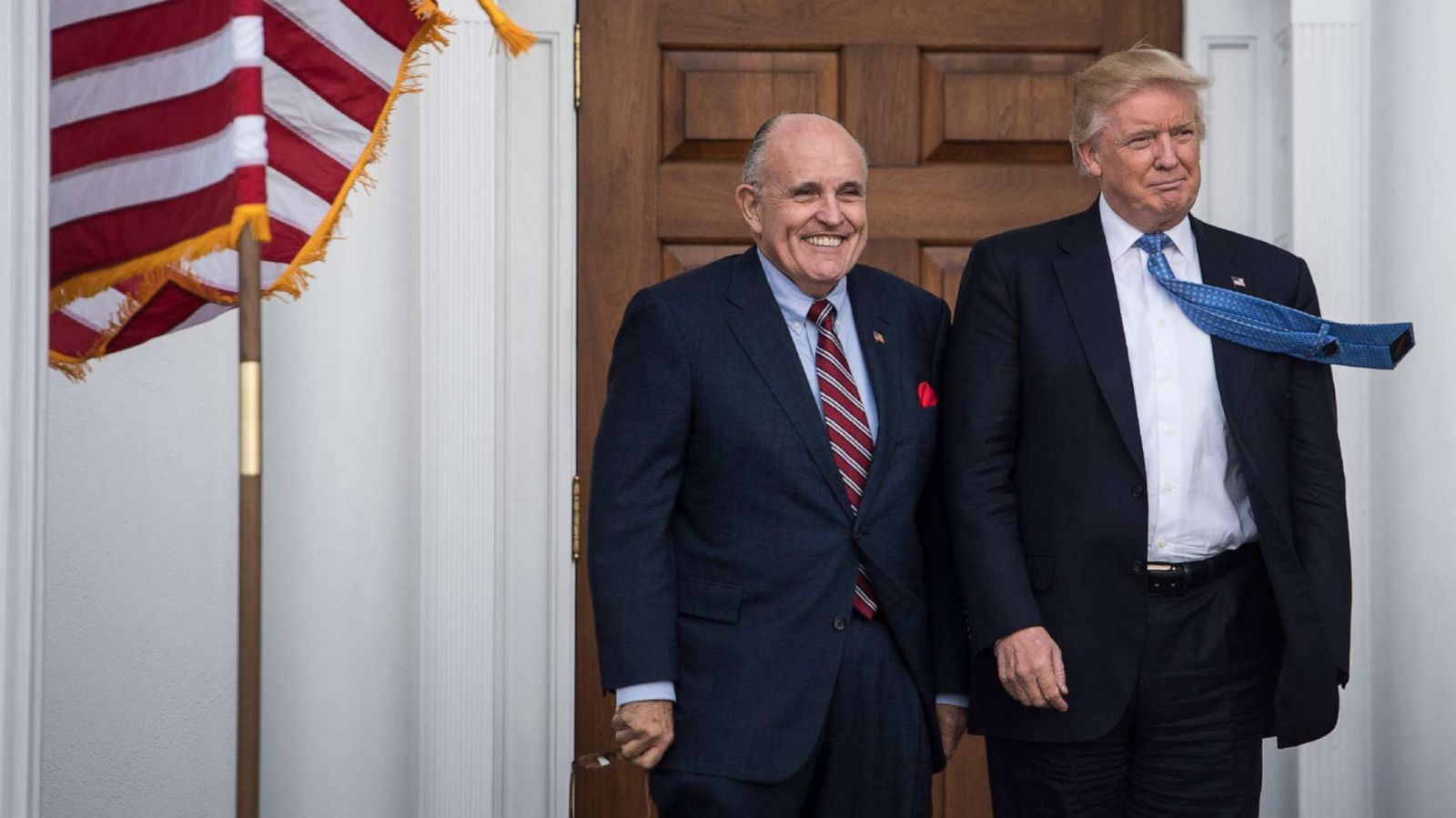 Rudy Giuliani's residence has been raided by federal investigators

The investigators seized Mr. Giuliani’s electronic devices and searched his Madison Avenue apartment and his Park Avenue office at about 6 a.m., two of the people said.

The execution of search warrants is an extraordinary action for prosecutors to take against a lawyer, let alone a lawyer for a former president. It was a major development in the long-running investigation into Mr. Giuliani and a remarkable moment in his long arc as a public figure.

As mayor, Mr. Giuliani won national recognition for steering New York through the dark days after the Sept. 11 attacks, and earlier in his career, he led the same U.S. attorney’s office in Manhattan that is investigating him now, earning a reputation as a hard-charging prosecutor who took on organized crime and corrupt politicians.

In recent years, however, his image has been sullied by his effort to help Mr. Trump to dig up dirt in Ukraine on President Biden’s son and Mr. Trump’s repeated attempts in court to overturn the results of the 2020 election with baseless claims of widespread fraud.

Mr. Giuliani’s lawyer, Robert J. Costello, called the searches unnecessary because his client had offered to answer prosecutors’s questions, except those regarding Mr. Giuliani’s privileged communications with the former president.

“What they did today was legal thuggery,” Mr. Costello said. “Why would you do this to anyone, let alone someone who was the associate attorney general, United States attorney, the mayor of New York City and the personal lawyer to the 45th president of the United States.”

F.B.I. agents on Wednesday morning also executed a search warrant at the Washington-area home of Victoria Toensing, a lawyer close to Mr. Giuliani who had dealings with several Ukrainians involved in seeking negative information on the Bidens, according to people with knowledge of that warrant, which sought her phone.

The federal authorities have largely focused on whether Mr. Giuliani illegally lobbied the Trump administration in 2019 on behalf of Ukrainian officials and oligarchs, who at the time were helping Mr. Giuliani search for damaging information on Mr. Trump’s political rivals, including Mr. Biden, who was then a leading contender for the Democratic presidential nomination.

The United States attorney’s office in Manhattan and the F.B.I. had sought for months to secure search warrants for Mr. Giuliani’s phones and electronic devices.

Under Mr. Trump, senior political appointees in the Justice Department repeatedly sought to block such a warrant, The New York Times reported, slowing the investigation as it was gaining momentum last year. After Merrick B. Garland was confirmed as Mr. Biden’s attorney general, the Justice Department lifted its objection to the search.

While the warrants are not an explicit accusation of wrongdoing against Mr. Giuliani, their execution shows that the investigation has entered an aggressive new phase. To obtain a search warrant, investigators must persuade a judge they have sufficient reason to believe that a crime was committed and that the search would turn up evidence of the crime.

Spokesmen for the F.B.I. and the U.S. attorney’s office declined to comment.

The investigation of Mr. Giuliani grew out of a case against two Soviet-born men who aided his mission in Ukraine to unearth damaging information about Mr. Biden and his son Hunter, who was on the board of an energy company there. Prosecutors charged the men, Lev Parnas and Igor Fruman, with unrelated crimes in 2019 and a trial is scheduled for October.

While investigating Mr. Giuliani, prosecutors have examined, among other things, his potential business dealings in Ukraine and his role in pushing the Trump administration to oust the American ambassador to the country, a subject of testimony at Mr. Trump’s first impeachment trial.

As he was pressuring Ukrainian officials to investigate the Bidens, Mr. Giuliani became fixated on removing the ambassador, Marie L. Yovanovitch, whom he saw as an obstacle to his efforts. At the urging of Mr. Giuliani and other Republicans, Mr. Trump ultimately ousted Ms. Yovanovitch.

As part of the investigation into Mr. Giuliani, prosecutors have explored whether he was working not only for Mr. Trump, but also for Ukrainian officials or businesses who wanted the ambassador to be dismissed for their own reasons, according to people briefed on the matter.

Under the Foreign Agents Registration Act, or FARA, it is a federal crime to try to influence or lobby the United States government at the request or direction of a foreign official without disclosing it to the Justice Department.

Prosecutors have scrutinized Mr. Giuliani’s dealings with Yuriy Lutsenko, one of the officials who helped Mr. Giuliani and his associates in their efforts to tar Mr. Biden while also urging them to work to get the ambassador removed.

Among other things, prosecutors have examined discussions that Mr. Giuliani had about taking on hundreds of thousands of dollars in apparently unrelated consulting business from Mr. Lutsenko, which resulted in a draft retainer agreement that was never executed.

Mr. Giuliani has said he turned down the deal, which would have involved helping the Ukrainian government recover money it believed had been stolen and stashed overseas.

As the investigation heated up last summer, prosecutors and F.B.I. agents in Manhattan were preparing to seek search warrants for Mr. Giuliani’s records related to his efforts to remove the ambassador, but they first had to notify Justice Department officials in Washington, according to people with knowledge of the matter.

Federal prosecutors must consult Justice Department officials in Washington about search warrants involving lawyers because of concerns that they might obtain confidential communications with clients. The proposed warrants for Mr. Giuliani were particularly sensitive because Mr. Trump was his most prominent client.

Career Justice Department officials in Washington largely supported the search warrants, but senior officials raised concerns that they would be issued too close to the election, the people with knowledge of the matter said.

Under longstanding practice, the Justice Department generally tries to avoid taking aggressive investigative actions within 60 days of an election if those actions could affect the outcome of the vote.

The prosecutors in Manhattan tried again after the election, but political appointees in Mr. Trump’s Justice Department sought once more to block the warrants, the people with knowledge of the matter said. At the time, Mr. Trump was still contesting the election results in several states, a legal effort that Mr. Giuliani led, those officials noted.

Wednesday was not the first time that a personal lawyer for Mr. Trump was the subject of multiple search warrants. In 2018, the F.B.I. searched the offices of Mr. Trump’s previous personal lawyer, Michael D. Cohen, who later pleaded guilty to campaign finance and financial crimes. Mr. Trump called that raid a “disgraceful situation” and an “attack on our country in a true sense.”
Add Comment 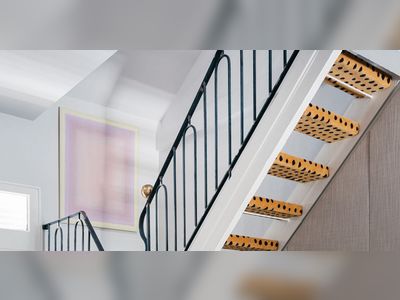