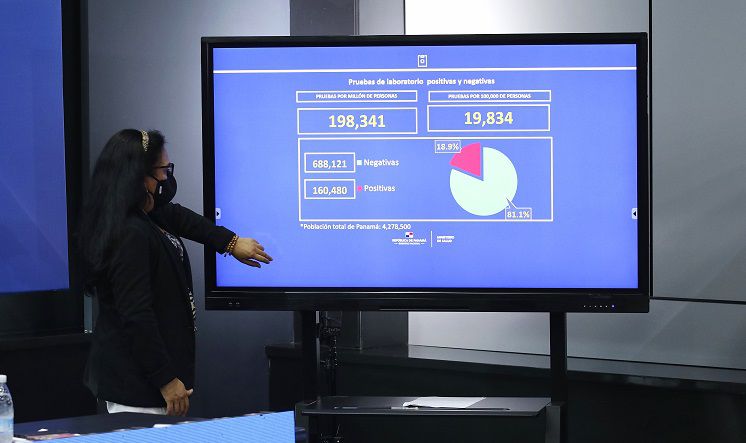 The epidemiological report of the Ministry of Health (Minsa), of Tuesday, November 24, registers 1,272 new cases of Covid-19, after 9,620 tests were applied to detect the virus in the last 24 hours.

This figure increases the accumulated cases of infections to 156,930. The percentage of positivity to date was 13.2%, said Lourdes Moreno, an advisor to the Minsa.

The last reported deaths are 13 (11 of the last 24 hours and 2 of previous dates) and the deaths, since last March when the virus arrived in the country, total 2,986.

While the number of recovered patients amounts to 138,007 and active cases to 15,937, said Moreno, during the press conference held this Tuesday.

14,977 people remain in home isolation and of these 14,305 are at home and 672 remain confined in so-called hospital hotels.

960 people are hospitalized, of which 811 are in the ward and 149 are in intensive care units.

Behavior of the virus


Moreno also announced that the effective reproductive number of cases (Rt) or average value of the contagion rate, increased to 1.17. Last week, the Rt was 1.11. The ideal value is 1 or below 1.

This increase is due to the number of cases in different townships of the country, which leads to a high Rt.