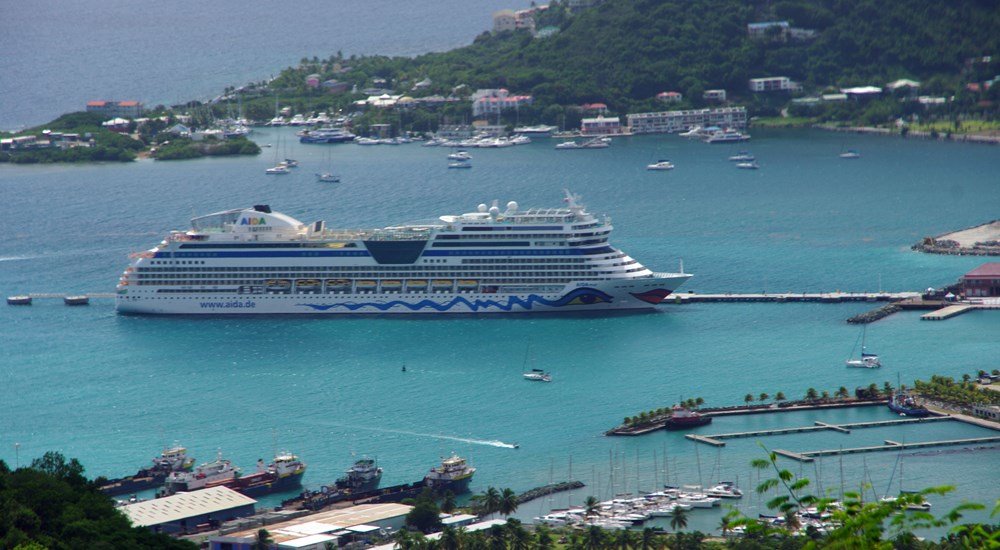 Royal Caribbean is extending its suspension through July 31, though it will resume operations in China sooner. Beyond that, the horizon is uncertain.

"The only exception to the suspension will be China operations," Bayley noted.

The company isn't sure what sailing will look like when ships resume their scheduled itineraries.

Richard Fain, chairman and CEO of Royal Caribbean Cruises Ltd., which owns and operates Royal Caribbean International along with a few other subsidiaries, said the public is eager to learn when cruising will restart.

"We would like to know, too," he said. "It's very difficult to have any certainty of time and shape of recovery."

One thing is certain though, according to Fain: Operations will only start once they are fully prepared, with proper health and hygiene protocols in place.

"We also need to restore the confidence of many by being transparent in our actions and communicating extensively [our plans]," Fain added.

How is Royal Caribbean addressing a relaunch?

Fain said that getting ships back to sea will likely be a gradual process.

"We don’t expect that this is going to be that someday somebody blows a horn and all the ships start operating right away," Fain said. "We think that it will be a gradual start... a little like how society is opening up."

According to its website, the umbrella brand of Royal Caribbean Cruises Ltd. has a total of 62 ships in its fleet, which includes Royal Caribbean International, Celebrity Cruises, Silversea Cruises and Azamara. It also has partial ownership of TUI Cruises, a German brand, and shares of Spanish line, Pullmantur Cruceros. As of March 31, the company had an additional 16 ships on order.

As coronavirus spread across the globe, passengers on at least 10 Royal Caribbean ships (including ships from the Royal Caribbean flagship line and Celebrity Cruises ships) had symptoms or tested positive after their sailings, the CDC said.

While Royal Caribbean wouldn't reveal their exact plans for relaunching its ships, the cruise line is working with a team of experts to prepare.

"Our goal is to raise our standards entirely," Fain said.

Bayley added that Royal Caribbean is already in talks with more than 40 ports around the world about when its ships can return.

Royal Caribbean couldn't give an estimate on how full ships will be when cruising returns.

"I think a lot of it will be determined based off of the bylaws with different regulators and the CDC and so forth," said CFO Jason T. Liberty.

When the CDC issued its no-sail order extension April 9, it required all ships in U.S. waters to create plans to address coronavirus prevention and response.

"Ships are currently formulating similar plans to address outbreaks of COVID-19, and these plans could also be modified to prevent and respond to other communicable illnesses in the future," said Treffiletti, chief of the CDC's Vessel Sanitation Program told USA TODAY last month.

The CDC's no-sail order which went into effect on April 15 and is set to expire July 24.

Should the cruise industry be bailed out? Maybe, say Florida leaders, but with hefty conditions

Markets around the world likely to come back at varying paces

Royal Caribbean cruising in China is scheduled return sooner. Cruises are suspended there through June.

"It is a very different story by region and country," said Bayley. "[It's] highly likely that the Asian markets – China, for example – or the European market could come back earlier."

Regardless of market, the focus will remain on returning with health and safety at the forefront.

Norwegian Cruise Line:Will relaunch five ships at a time, estimates 5-6 months before fleet is back up

Potential changes to onboard features

While they are keeping specifics under wraps, Royal Caribbean has alluded to some coming changes on board their fleet.

"We’ve got teams working on every single element of the guest experience and we obviously have a team working on the buffet," he said during a Royal Caribbean "coffee chat" according to CruiseRadio.net.

The company is also looking for more creative solutions to implement onboard as the coronavirus pandemic evolves.

On April 8, the cruise company filed an application with the U.S. Patent and Trademark Office to trademark its own sanitary face mask, aptly named "Seaface."

“Right now, it’s just an idea,” Royal Caribbean spokesperson Jonathon Fishman, told USA TODAY in April. “This is one in a number of innovations that our teams are exploring as we look forward to a safe, healthy and fun return to cruise.”

It is not clear whether the mask would be a fleet-wide implementation if the patent is approved.

"We understand that when our ships return to service, they will be sailing in a changed world," Fain said in the earnings report released Wednesday. "How well we anticipate and solve for this new environment will play a critical role in keeping our guests and crew safe and healthy, as well as position our business and that of our travel agent partners to return to growth."