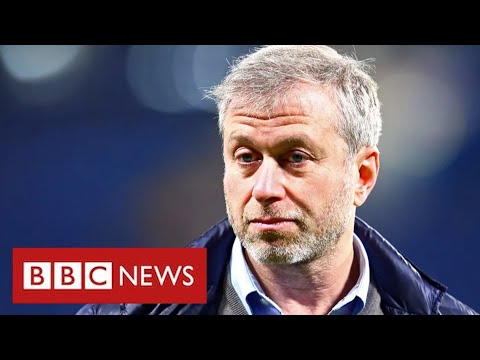 Two Ukrainian peace negotiators were also said to have been affected.

One report said the alleged poisoning was orchestrated by hardliners in Russia who wanted to sabotage talks.

Shortly after the allegations emerged, an unnamed US official was quoted by Reuters as saying that intelligence suggested the men's symptoms were due to "environmental" factors, not poisoning.

And later an official in the Ukrainian president's office, Ihor Zhovkva, told the BBC that while he hadn't spoken to Mr Abramovich, members of the Ukrainian delegation were "fine" and one had said the story was "false".

However, BBC security correspondent Frank Gardner says it would hardly be surprising that the US would want to dampen down suggestions that anyone - especially Russia - had used a chemical weapon in Ukraine, as this could push them into retaliatory action that they are extremely reluctant to take.

'Piercing pain in the eyes'

The conditions of Mr Abramovich and the Ukrainian negotiators, who include Ukrainian MP Rustem Umerov, have improved since the incident on 3 March, the Wall Street Journal quoted sources as saying.

A source close to Mr Abramovich told the BBC he had now recovered and was continuing with negotiations to try and end the war in Ukraine.

The incident casts light on Mr Abramovich's reported role as a broker in talks between Ukraine and Russia. The exact nature of his position is unclear, but a spokesperson for the oligarch previously said his influence was "limited".

On Sunday, Ukraine's President Volodymyr Zelensky said Mr Abramovich had offered him help to de-escalate Russia's invasion of the country.

The Russian billionaire travelled between Moscow and Kyiv for several rounds of talks at the start of the month. He reportedly met Mr Zelensky during the trip, but the Ukrainian leader was not affected and his spokesman had no information about the incident.

The symptoms included "eye and skin inflammation and piercing pain in the eyes", Bellingcat reported.

Mr Abramovich has since been seen in public, being pictured at Israel's Tel Aviv airport on 14 March. 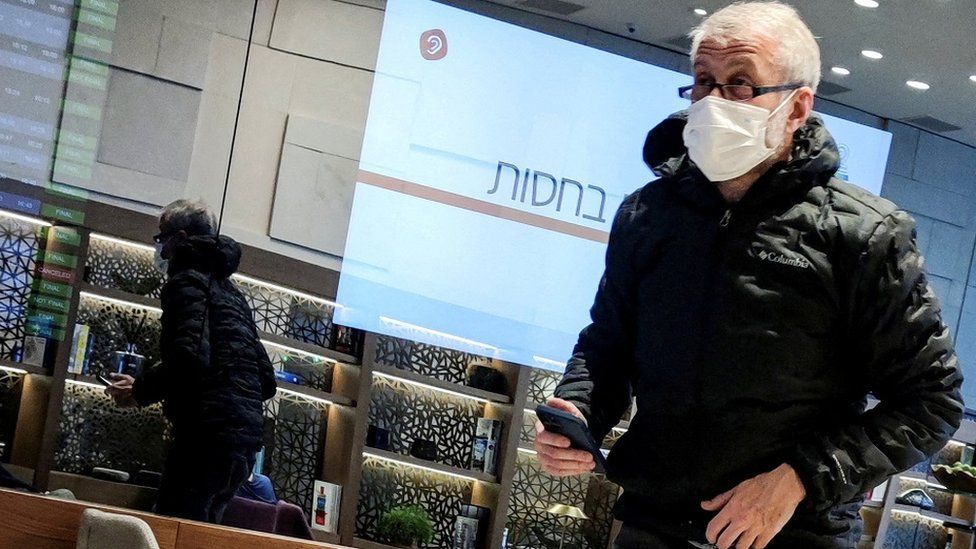 Mr Abramovich was pictured at Tel Aviv airport on 14 March, ten days after the alleged poisoning

Mr Abramovich was sanctioned by the EU and UK earlier this month over his alleged links to Russia's President Vladimir Putin, which he denies.

But Mr Zelensky has reportedly asked the US to hold off from sanctioning Mr Abramovich, arguing he could play a role in negotiating a peace deal with Moscow.

The Kremlin has said Mr Abramovich played an early role in peace talks but the process was now in the hands of the two countries' negotiating teams.

The two sides are set to meet in Istanbul on Tuesday for their first face-to-face peace talks in more than two weeks.

On the afternoon of 3 March, Roman Abramovich joined Russian and Ukrainian peace negotiators at talks on the Ukraine-Belarus border. What happened next is very mysterious.

Later that night, three of the delegates - including Mr Abramovich - according to the investigative website Bellingcat, suffered symptoms of nerve agent poisoning.

They had inflamed skin, irritated eyes and severe pain behind the eyes - symptoms which lasted all night.

None of them had eaten anything more, according to Bellingcat, than chocolate and water.

Chemical weapons specialists have examined this case and concluded that they believe it was an intentional use of a chemical agent.

But we have no idea who did it. There is no claim of responsibility.

Inevitably people will be wondering if this was the work of the GRU, Russia's military intelligence service, who Britain concluded was behind the Novichok Salisbury poisoning in 2018.

There has been no immediate comment from Russia and no proof they were responsible.

But somebody, it seems, wanted to send a warning to those taking part in the peace talks. This was not a lethal dose, it was a warning.

The suggestion made by an unnamed US official that environmental factors were to blame is odd.

Nobody else was affected by these very serious medical afflictions. The chemical weapons expert, Hamish De Bretton-Gordon, told the BBC it was highly improbable that environmental factors had anything to do with it.